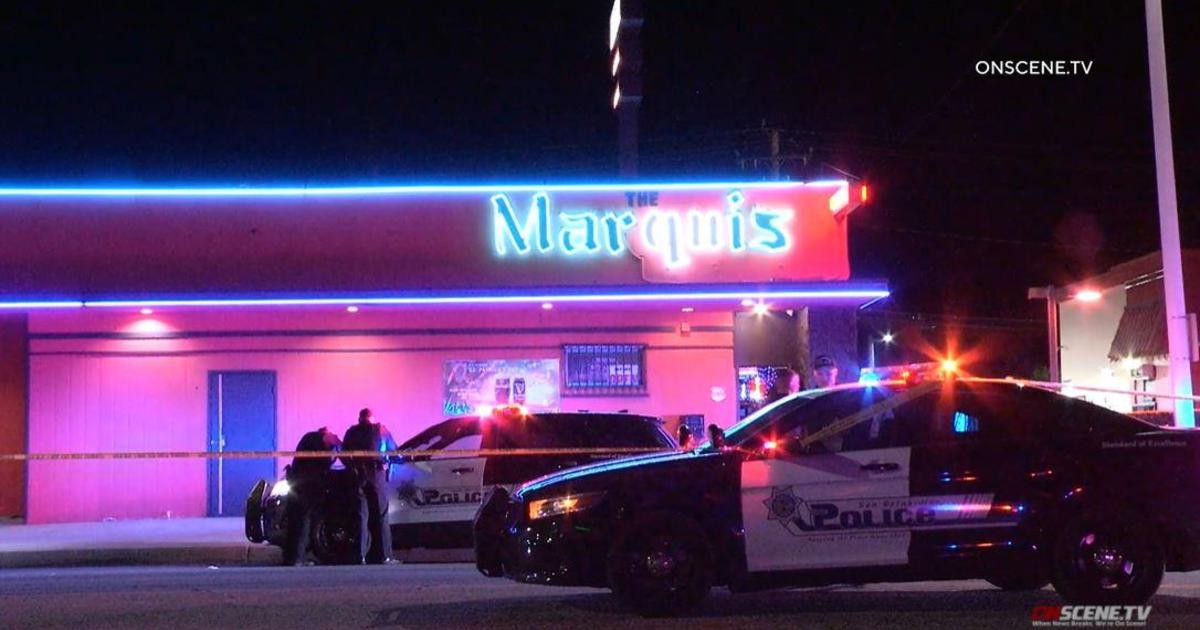 Authorities on Sunday were investigating the circumstances surrounding a shooting in San Bernardino that left four people injured and claimed one life.

The San Bernardino Police Department received a call just before 10 p.m. Sunday of a shooting at the Marquis Lounge at 1036 W. Highland Avenue.

When officers arrived, they located one person who had died. Three other additional victims had been shot and transported to area hospitals. Police said a fifth victim had self-transported to a hospital. The current condition of the victims was not known.

The incident, according to police, occurred at the location. Police have not yet released any suspect information.

The motive for the shooting was under investigation.