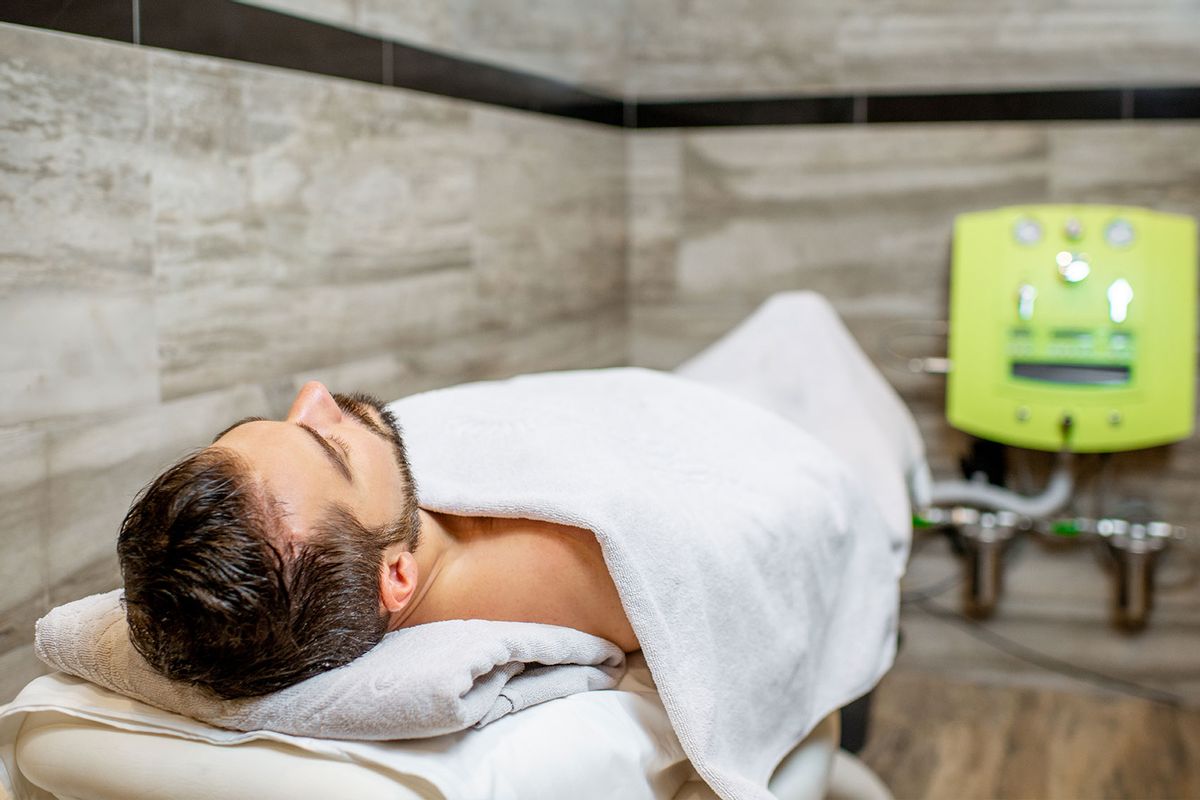 Thousands flocked to the “San” for Kellogg’s curative treatments and to listen to his speculative notions, which ranged from reasonable (avoid tobacco) to shameful (he spent his later years promoting eugenics, the bogus study of “improving” genetic traits by racial discrimination and sterilizing undesirables).

Given Kellogg’s haphazard philosophies, it’s little wonder his inventions were a mixture of useful and ludicrous. Take a look at 11 of his most intriguing notions, many of which would likely fail to find FDA approval — and a few that were impressively ahead of their time.

While Kellogg found horse riding good for the constitution, he worried that physical ailments or geography could conspire to keep people away from their equine friends. For just such people, Kellogg designed the electric horse, a barrel-shaped stationary device equipped with a saddle. Plug it in and you would be off to the races. Kellogg’s invention even wound up in the White House, where Calvin Coolidge took to it three times a day to keep in shape. (If someone preferred a side-to-side motion, Kellogg also had a mechanical camel.)

When news leaked of Coolidge’s hobby horse in 1925, pundits opined that his predecessor, Theodore Roosevelt, would be dismayed. Outdoorsman T.R. had, of course, preferred real horses for his core work.

Kellogg’s fascination with colonic irrigation is legendary. The guru extolled the benefits of colonics, insisting that a spotless intestine was crucial for overall health. (Multiple self-administered enemas were a regular part of his daily regime.) To that end, he devised the vibratory chair, a seemingly ordinary dining room seat that can be activated to violently shake its occupant. Kellogg believed that such jarring physical activation would relieve headaches and back pain as well as prompt a bowel movement—which would hopefully transpire elsewhere.

Today’s Beyond Burgers may owe some debt to Kellogg, who was behind the 20th century’s earliest attempts to produce a meatless protein product. Via his Battle Creek Food Company, Kellogg marketed Protose, a “vegetable meat” that had iron and protein for those looking to build muscle. (The name combines protein with the suffix -ose, or “full of.”) Kellogg was more concerned with mimicking meat’s texture than its taste: Those enjoying Protose could eat it as they would a steak or sliced over bread. It was not a soy product: Contemporary attempts to replicate it indicate it probably consisted of wheat gluten, cereal, and peanut butter.

Kellogg was an advocate of using electric currents as a therapy to resolve everything from contagious illness to lead poisoning. He developed a passive exercise machine utilizing currents that he believed could contract muscles in patients too weak to exercise on their own; 20 minutes was thought to be the equivalent of a four-mile walk. While no substitute for exercise, today’s electronic muscle stimulators are typically used (and some are even FDA-approved) for physical therapy.

It’s unfair to dismiss Kellogg as a straight quack, as he was sometimes on the cutting edge of medical treatments. Case in point: the light bath, which consisted of a room or shelter in which patients held still and absorbed artificial light to ward off gangrene or insomnia. By Kellogg’s estimate, raising the body temperature to 105°F could kill bacteria and increase one’s white blood cell count. While Kellogg was working more toward a tanning bed model, modern UV light therapy does reportedly have benefits in treating skin issues and mood disorders.

Ridding yourself of excess body fat is largely an issue of your activity level and caloric intake, not being punched in the gut by a sadistic machine. But Kellogg nonetheless found his Percussion Machine worth pursuing. The device consisted of two “arms” wrapped in leather that plunged into a patient’s stomach like a one-sided boxing match to dislodge fatty tissue. There is no evidence being struck results in weight loss.

Long a presence in old-timey movies and television, the act of strapping yourself to a gyrating belt around the waist and being shaken like a paint can was the purview of Kellogg. The device carried with it a promise of alleviating high (or low) blood pressure and “arousing sluggish organs to action”—particularly Kellogg’s favorite body part, the colon.

In 1905, Kellogg patented a vibrating dumbbell that purportedly challenged muscles by delivering a jiggling motion. “This I find to be a very effective exercising device,” he wrote in the application, “as the muscles in addition to the benefit of movement secured by the use of the dumbbell are vibrated in a very effective manner.” This was not dissimilar to the Shake Weight, a gyrating dumbbell carrying considerable sexual innuendo that became a brief viral sensation many decades later.

In order to maximize the purported benefits of an enema—in which a solution of water and other fluids like mineral oil are inserted into the anus to expel stool—Kellogg made use of an enema machine that pumped an astounding 25 gallons of liquid in and out of the body in one minute. Some lucky patients would then receive a “yogurt flush,” which consisted of shooting yogurt into the rectum to improve gut flora. (Probiotics are recognized as beneficial, though taking them orally appears to work just fine.)

Devices to relieve muscle tension via mechanical massage are commonplace, but they were rather unusual in Kellogg’s day. He devised of a kneading machine that took aim directly at the patient’s backside to “tone the muscles of the buttocks” as well as — you guessed it — stimulate the bowels. It’s little wonder many visitors to Battle Creek Sanitarium woreloincloths that resembled diapers.

No, Kellogg cannot lay exclusive claim to the notion of grinding peanuts into a buttery paste: Canadian Marcellus Gilmore Edson patented a roasted peanut spread made from two heated surfaces in 1884. But Kellogg did conceive of a method for taking raw peanuts and reducing them to a spread to accommodate Sanitarium patients who needed protein but had problems chewing. (Ambrose Straub patented a peanut butter maker in 1904.) Kellogg didn’t limit his idea to just peanuts, though; he also experimented with almonds. Like most early peanut butter products, it was also quick to separate. The introduction of partially hydrogenated oil took care of that problem. And if you eat too much, you can always hop on a mechanical horse to shed those unwanted pounds.