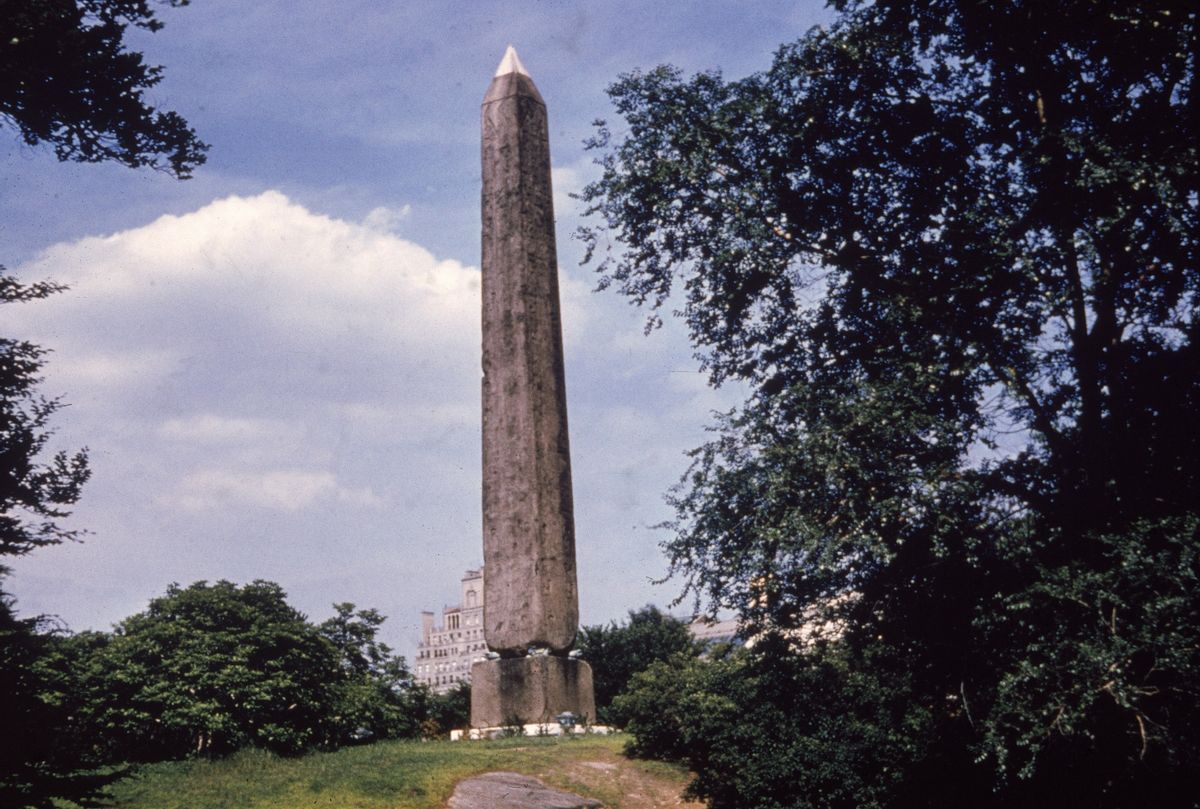 When it comes to burying time capsules, the anticipation is half the fun. It’s impossible to predict how the people of the future will react to the items past generations deemed valuable (though not quite valuable enough to hold onto), and this has led to some underwhelming unearthing ceremonies. As long as the cache remains sealed away, we can imagine it being opened in a brighter world — hopefully by people who are easily impressed. With that in mind, here are 11 time capsules set to be opened tens, hundreds, or even thousands of years in the future.

There are many time capsules buried around the world, but few of them were curated by children. In 1992, Nickelodeon teamed up with the Kids World Council to choose items the youth of the 1990s felt best represented their generation, including a Nintendo Game Boy, a jar of Gak, a skateboard, and a VHS copy of “Home Alone “(1991). The capsule has been moved twice since it was sealed at Nickelodeon Studios in Orlando, Florida — first to Orlando’s Nickelodeon Suites Resort and more recently to the Nickelodeon Animation Studio in Burbank, California. It’s set to be opened on April 30, 2042, the 50th anniversary of its initial burial.

First erected in Ancient Egypt in 1450 B.C.E., Cleopatra’s Needle is the oldest human-made object in New York City’s Central Park. The Khedive of Egypt, who “governed as a viceroy of the Sultan of Turkey between 1879 and 1914,” gave the 69-foot-tall granite obelisk to the United States in 1881 to commemorate the construction of the Suez Canal. Generations of tourists have stood beneath the monument since it arrived in its current home, but few of them were aware of the more recent historical artifacts beneath their feet.

Before Cleopatra’s Needle was unveiled in New York, a time capsule was buried at the site. It contained a copy of the 1870 U.S. census, a Bible, a dictionary, the complete works of William Shakespeare, a guide to Egypt, and a facsimile of the Declaration of Independence. It’s one of two packages at the base of the obelisk. The contents of the second container—put there by William Henry Hurlbert, editor of The New York World and the man who organized the purchase and transport of the monument — remain a mystery. The Central Park Conservancy confirmed to Gothamist that there are no plans to dig up the items, and as long as the structure remains in the park, the time capsules will likely stay put as well.

The turn of the second millennium was a time of innovation and optimism in the United States — it was also the era of processed snack foods and cell phones with buttons. In 1999, the White House filled the National Millennium Time Capsule with an array of objects that would “represent America at this time in history.” This included audio from the Metropolitan Opera, a transoceanic cable, a cell phone, Ray Charles’s sunglasses, and a chunk of the Berlin Wall. A Twinkie was originally meant to be part of the collection, but it was removed out of fear of attracting vermin. The National Archives and Records Administration will store the time capsule until it’s ready to be opened in 2100.

Unlike many of the items on this list, we won’t have to wait long to see the contents of this time capsule, which is located in Seward, Nebraska. Local businessman Harold Keith Davisson put it together for a Fourth of July celebration in 1975, and it’s set to be opened exactly 50 years later on July 4, 2025. Instead of using a small tube or box as his container, Davisson buried a 45-ton vault beneath the front yard of his furniture store. The time capsule, which was named the world’s largest by Guinness World Records in 1977, contains various items belonging to Davisson, including bikini bottoms, an aquamarine leisure suit, and a Chevy Vega with zero miles.

Davisson died in 1999, but his legacy will be remembered when the crypt is unsealed in 2025. If you can’t wait that long, you can still visit the site of the world’s largest time capsule and see the concrete pyramid that protects it.

The establishment of Skywalker Ranch in California marked the start of a new era for George Lucas’s production company, Lucasfilm. To celebrate the new workspace, Lucas had a time capsule buried on the property during the company’s annual Fourth of July Picnic in 1981. The tube is filled with Star Wars merchandise made by the franchise’s early licensees. Six Kenner “Star Wars” action figures, two Ballantine Books “Star Wars” paperbacks, and a 17-minute Super 8 reel from “The Empire Strikes Back” (1980) are among the contents. Much of the vintage merchandise is valuable today, and it’s bound to be even more precious when — or if — the time capsule is uncovered. The capsule has no set opening date, and Lucas has stated: “I hope this time capsule lasts a thousand years.”

In 1957, MIT president James R. Killian and professor Harold Edgerton buried a time capsule at the university to honor the opening of a new laboratory. The tube was marked with instructions not to open it until 2957—a full millennium after its burial. To keep the books, coins, and MIT memorabilia inside preserved for such a long period, the science-minded men filled the capsule with argon gas. A small amount of carbon-14 was also added so future scientists would be able to carbon-date the package from the past. The capsule was briefly unearthed during the construction of a new research facility, but MIT decided to honor Killian and Edgerton’s wishes to keep it sealed until the 30th century.

Visitors with a sharp eye will find Easter eggs hidden around Disneyland in Anaheim, California. One underlooked detail is a plaque at Sleeping Beauty’s castle commemorating a time capsule buried at the site for the park’s 40th birthday. It holds various items selected by Disney cast members and Imagineers, including an Indiana Jones time decoder, a copy of the Disneyland Line newspaper, and Disney dollars. The container will be unearthed for the amusement park’s 80th anniversary on July 17, 2035.

If all goes according to plan, this time capsule buried 13 feet into the ground on the Arctic fjord of Hornsund in Norway will remain sealed for half a million years. Polish Academy of Sciences permafrost specialist Marek Lewandowski organized the project in 2017 with the goal of helping future archaeologists “understand who we are.” The steel tube was stuffed with human and rat DNA samples, a cell phone, a meteorite sample, and 300 live tardigrades.

It’s hard to forget the location of this time capsule in Nackawic, New Brunswick, Canada. The official forestry capital of Canada is home to the world’s largest ax, and embedded inside the 23-foot-long steel axehead is a time capsule from the statue’s construction in 1991. With no immediate plans to dismantle the local landmark, the capsule will be an intriguing surprise for future generations.

While the U.S. was putting together a time capsule for the new millennium, Britain was building a time capsule of its own. The Millennium Vault on the grounds of Guildford Castle in Surrey, England, is the largest time capsule in England. Organized by the Guildford Borough Council, the collection is meant to sum up the 20th century for whoever opens it in the year 3000. Highlights from its contents include a Sony Walkman, one of Yehudi Menuhin’s violins, and a Mini Cooper treated to prevent decay.

A time capsule on display at the National Museum of Korean Contemporary History in Seoul was curated by the K-pop group BTS. In honor of South Korea’s first annual Youth Day on September 19, 2019, the group selected items that represented their “musical achievements, memories, love, and gratitude toward our fans,” band member RM said during the ceremony. The purple box will be opened in 2039 on the 20-year anniversary of the inaugural Youth Day.