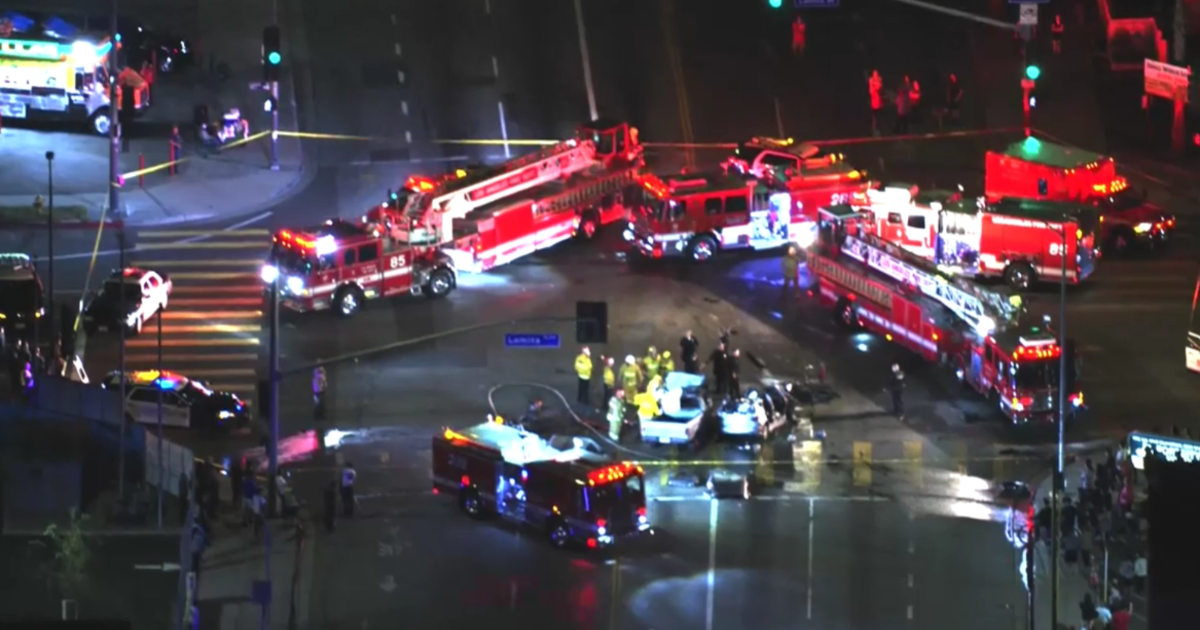 According to Los Angeles Fire Department, the crash occurred at around 8:15 p.m. on N. Avalon Boulevard.

Following the crash, one of the cars burst into flames. When first responders arrived the fire was out, but the vehicle was flipped onto its side, with at least one person trapped inside.

Firefighters detailed that one person in each vehicle died in the collision.

“Sadly both patients (one in the auto fire and one trapped in the 2nd vehicle) were determined dead on scene,” firefighters revealed in a statement.