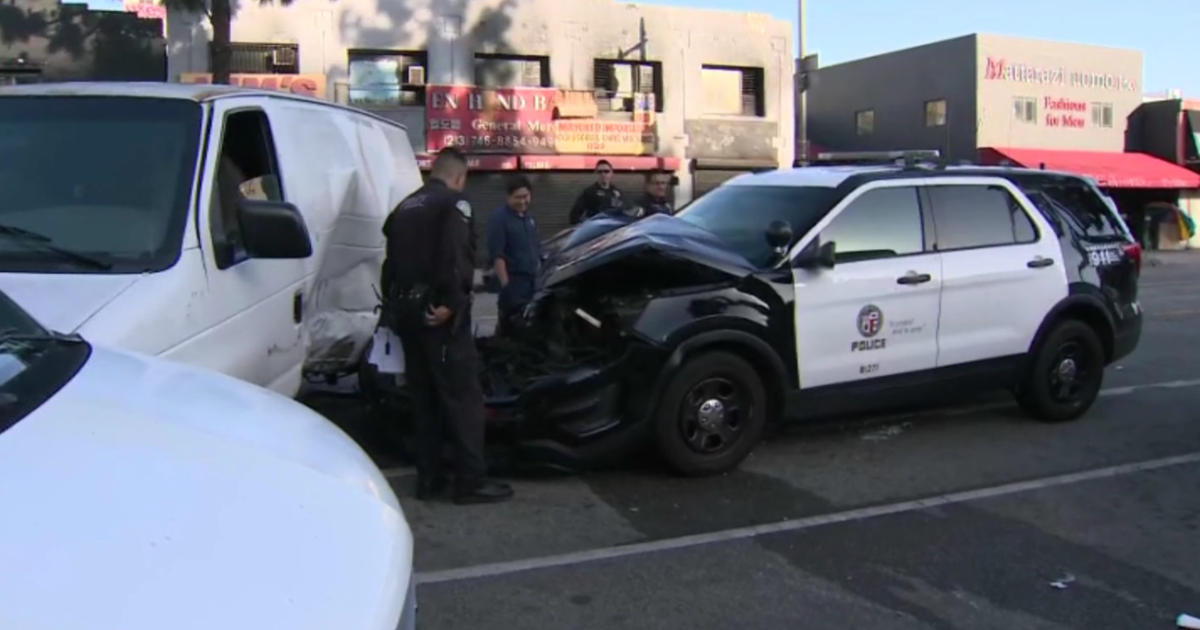 Los Angeles Police Department officers were reportedly heading to a call Sunday afternoon when they crashed into a vehicle in Downtown Los Angeles.

As a result, two LAPD officers and one civilian were taken to nearby medical centers to treat injuries sustained in the crash that happened just before 4:15 p.m. on South Main Street in Downtown Los Angeles. They were all said to be in stable condition.

The officers were said to be on their way to reports of a man with a gun when the collision occurred.

They were “traveling north down Main Street … (and) had to veer into the southbound lanes to pass traffic,” reported LAPD’s Traffic Division Sergeant Rob Pedregon.

The white van that they collided with reportedly started a left turn as they were attempted to drive around the traffic, causing the crash.

Sgt. Pedregon noted that the LAPD vehicle had both lights and sirens fully activated.

The driver of the van was one of three occupants of the vehicle, but the only one who required transport. The two other occupants denied treatment.

Authorities disclosed that none of the injuries are said to be life-threatening.

Both vehicles sustained major damage as a result of the collision.