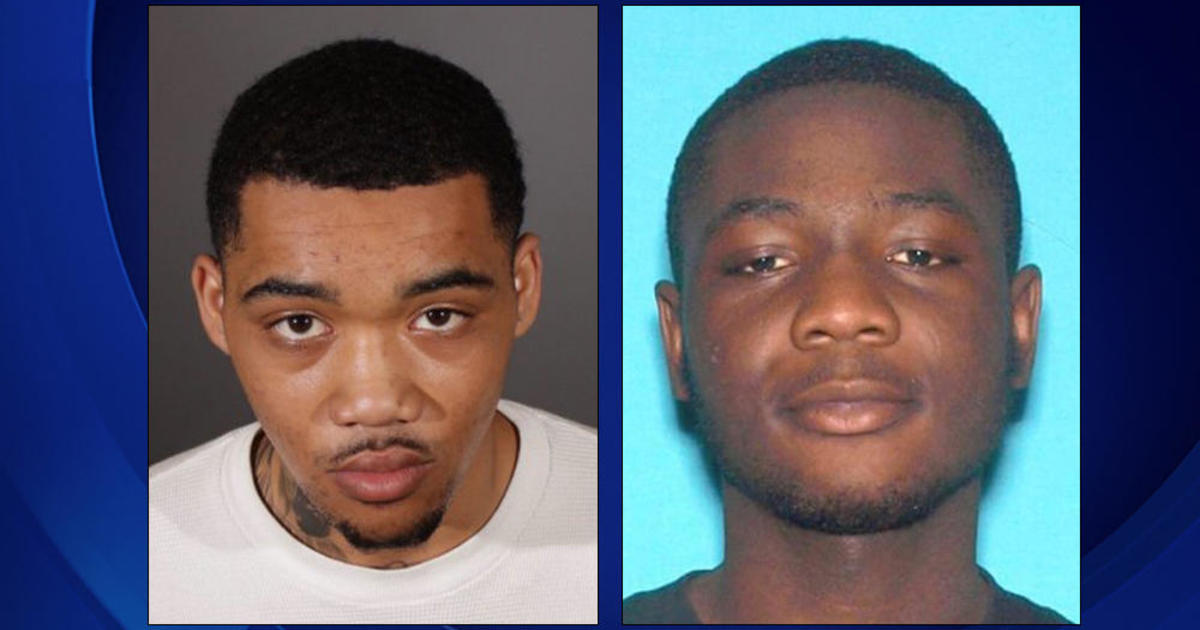 Authorities say they are looking for two men in connection with a gun battle that erupted at an illegal pot shop in Compton that killed one of their crew and injured a security guard.

Kahlel Malik Lundy, 23, and Keith Terrion Rachel, 21, were identified Wednesday as two of the four people who tried to rob a smoke shop in the 1500 block of South Wilmington Avenue on April 3, according to the Los Angeles County Sheriff’s Department. The robbery turned into a gun battle between them and an armed security guard working at the business.

Surveillance video released of the robbery and shooting showed a chaotic scene — a gunman stood in front of a counter pointing a weapon at the store employee behind it and fired at least twice before turning and trying to run, tripping instead over one of his apparent accomplices. Four men, including another one with a gun, are then seen running to the front of the store, where they shot back at the counter.

The security guard was shot in the face and neck, but he survived his injuries and has since been released from the hospital. But one of the four would-be robbers was not as fortunate – sheriff’s investigators say about 30 minutes after the botched robbery, a gunshot victim dropped off at Martin Luther King Hospital was determined to be one of the smoke shop robbers.

A second suspect was captured by investigators on April 4, the day after the robbery, sheriff’s officials said. He was not identified. Lundy and Rachel were identified as being the third and fourth suspects, and both remain at large.

Authorities did not release description information about the two men, or where they might be. But both Lundy and Rachel are wanted for murder.

Anyone with information about the shooting, or the location of Lundy or Rachel, can contact the Los Angeles County sheriff’s Homicide Bureau at (323) 890-5500.