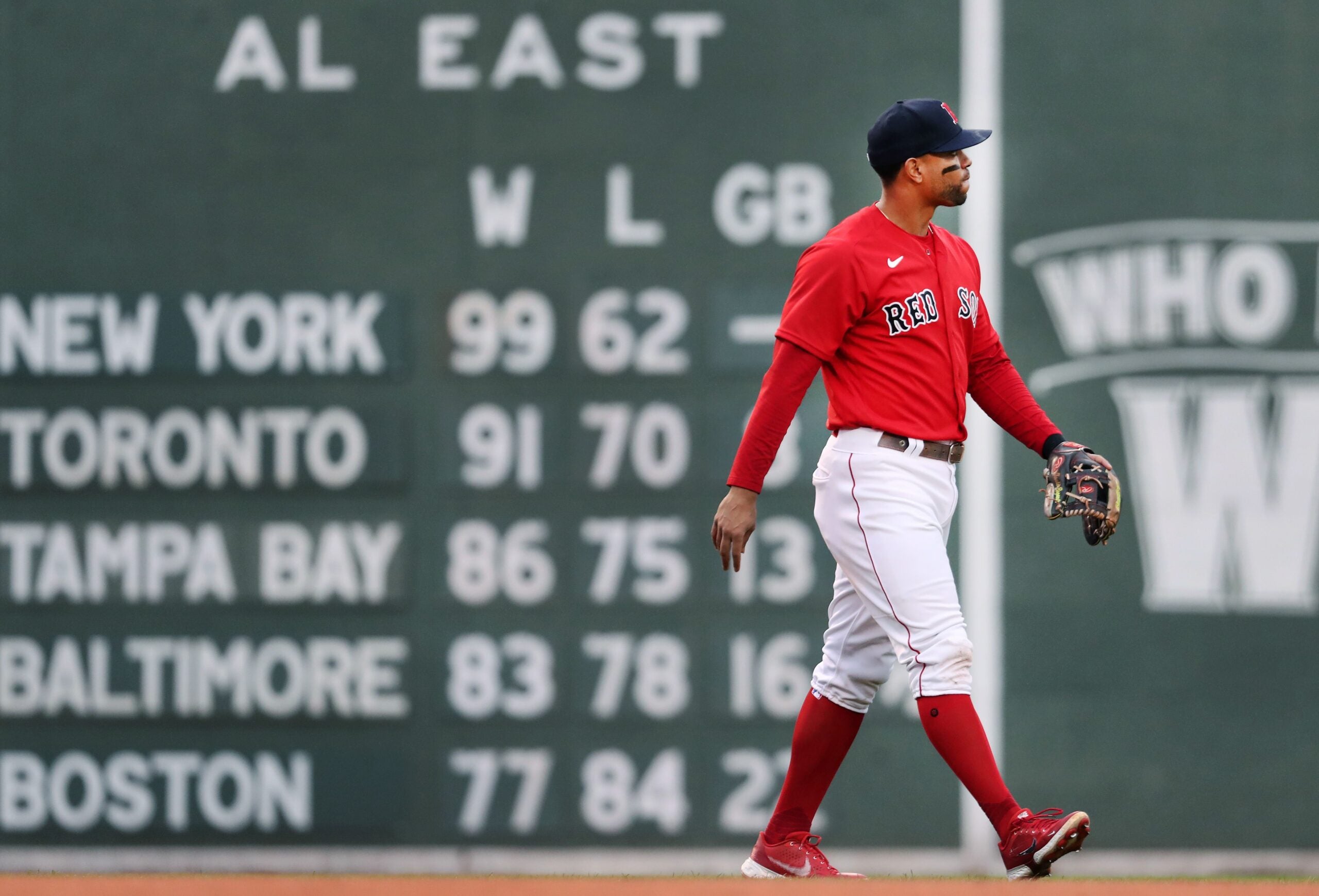 The MLB offseason is now a couple of weeks underway. While there haven’t been any major signings or trades, it does look like the stove is starting to heat up, even if it’s just a slight increase in the temperature.

First-time free agent Xander Bogaerts looks like he has a couple more teams interested in him. The Padres are a “surprise team” that’s pondering a move at shortstop, with Bogaerts being at least one of the shortstops they like, the New York Post‘s Jon Heyman reported Friday.

San Diego’s potential interest in Bogaerts is a bit surprising considering the production Ha-Seong Kim gave the Padres this past season and they still have Fernando Tatis Jr. But Heyman mentioned that they could have Kim be a utility player and move Tatis to the outfield.

The other team that recently popped up in the Bogaerts sweepstakes is the Twins. Minnesota is looking to retain Carlos Correa, but if it fails to do so, it views Bogaerts as a backup option, the Star Tribune’s Jim Souhan said on the “Chin Music” podcast.

Souhan mentioned that both Correa and Bogaerts are Scott Boras clients, implying that it could be some time before either shortstop signs with a team because of that.

“If [the Twins] are going to play this game, they’ve got to play it under Scott Boras’ terms,” Neal said. “And Boras plays this thing out until February or March. And can the Twins afford to wait that long with other things they want to achieve during the offseason to see if they can get one or the other? And yes, they are going after Correa. And I was told that Bogaerts will be the backup plan if they can’t get Correa. They’re offering [Correa] different deals to see what he would like. It’s like 10 years at a certain AAV (average annual value). I think eight years at another certain AAV. And then a six-year deal, which of course would have the highest AAV, which would be over $30 million a year.”

The Padres and Twins join the Phillies and Cubs as outside teams that have reportedly shown interest in Bogaerts. The Red Sox are also still reportedly in the mix to sign Bogaerts, but have the third-best odds to sign him, per Bookies.com.

Bogaerts and Correa make up half of the quartet of All-Star shortstops that are free agents this summer. Trea Turner and Dansby Swanson are also free agents. Most experts project Correa and Turner to sign richer and longer contracts than Bogaerts, though all four are expected to sign several-year-long deals worth at least $25 million a year.