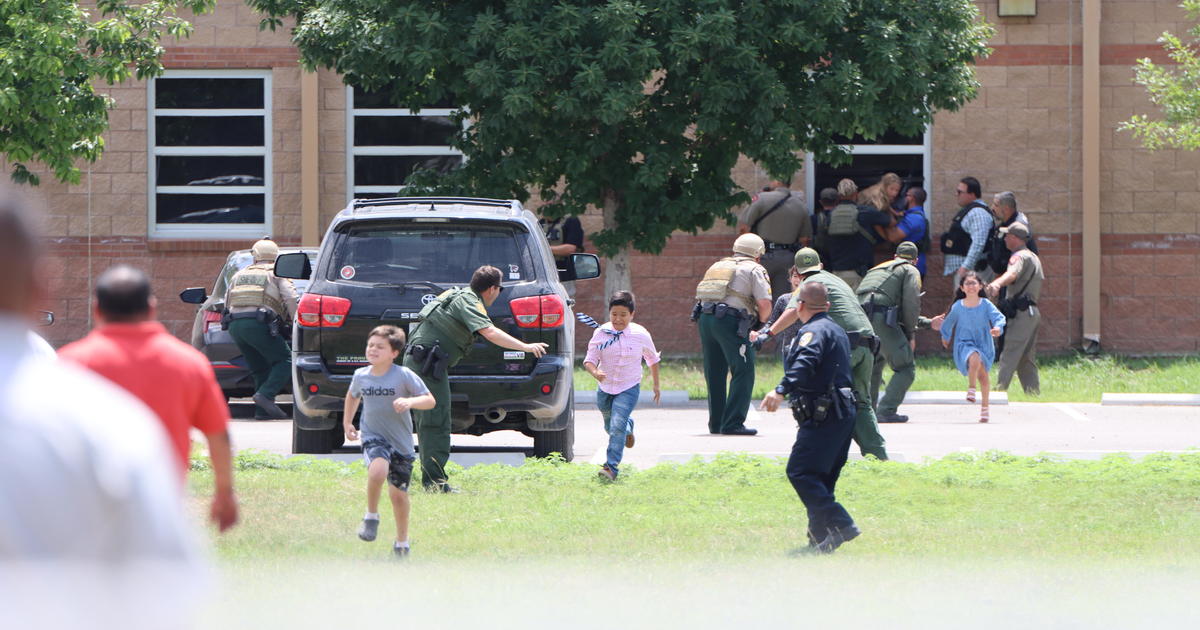 Two Uvalde city police officers passed up a fleeting chance to shoot a gunman outside Robb Elementary School before he went on to kill 21 people inside the school, a senior sheriff’s deputy told The New York Times.

That would mean a second missed opportunity for officers to stop Salvador Ramos before the May 24 rampage inside the school that killed 19 children and two teachers. Officials said that a school district police drove past Ramos without seeing him in the school parking lot.

The unidentified officers, one of whom was armed with an AR-15-style rifle, said they feared hitting children playing in the line of fire outside the school, Chief Deputy Ricardo Rios of nearby Zavalla County told the newspaper.

Messages from The Associated Press to Rios and the Zavala County Sheriff’s Office have not been returned. The Zavala County sheriff’s officials responded to the shooting in support of Uvalde and Uvalde County officers.

Rios said he had shared the information with a special Texas Legislature committee investigating the school massacre.

Uvalde police officials agreed Friday to speak to the committee investigating, according to a Republican lawmaker leading the probe who had begun to publicly question why the officers were not cooperating sooner.

On Thursday, Burrows signaled impatience with Uvalde police, tweeting that most people had fully cooperated with their investigation “to help determine the facts” and that he didn’t understand why the city’s police force “would not want the same.” He did not say which members of the department will meet with the committee, which is set to continue questioning witnesses in Uvalde on Monday about the attack.

Uvalde police did not reply to messages seeking comment.

Weeks after one of the deadliest school shootings in U.S. history, law enforcement officials have stopped providing updates about what they’ve learned about the shooting and the police response. Their silence comes after authorities gave conflicting and incorrect accounts in the days after the shooting, sometimes withdrawing statements hours after making them.

Officials also haven’t released records sought under public information laws to media outlets, often citing broad exemptions and the ongoing investigation. It has raised concerns about whether such records will be released, even to victims’ families.

Arrendondo told The Texas Tribune he didn’t consider himself the person in charge as the shooting unfolded and assumed someone else had taken control of the law enforcement response. He also said he intentionally left behind both his police and campus radios before entering the school.

Burrows defended the committee interviewing witnesses in private and not revealing their findings so far, saying its members want an accurate account before issuing a report.

Authorities say the 18-year-old gunman used and AR-15-style semi-automatic rifle. Police did not confront he gunman for more than an hour, even as anguished parents outside the school urged officers to go in.

Since the shooting, Republican leaders in Texas have called for more mental health funding but not new gun restrictions.

Meanwhile, Democratic and Republican senators were at odds over how to keep firearms from dangerous people as bargainers struggled to finalize details of a gun violence compromise.

Lawmakers said they remained divided over how to define abusive dating partners who would be legally barred from purchasing firearms. Disagreements were also unresolved over proposals to send money to states that have “red flag” laws that let authorities temporarily confiscate guns from people deemed dangerous by courts, and to other states for their own violence prevention programs.