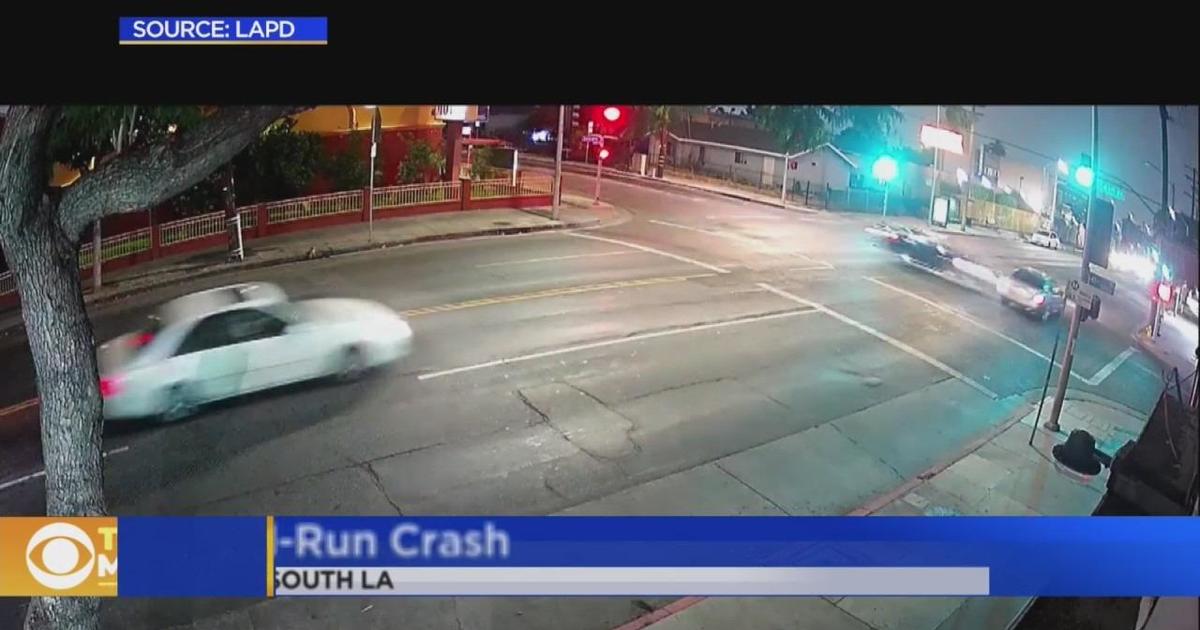 The search for a hit-and-run driver in South Los Angeles continued Monday, as officers offered a $25,000 reward for information on the incident that may lead to the identification of the suspect.

Los Angeles Police Department officers released footage of the collision that occurred early Friday morning, where a vehicle can be seen hurtling through the intersection of 41st Street and Central Avenue before colliding with another vehicle making a turn.

The driver of the vehicle that failed to stop at a red light, behind the wheel of a 2019 Mercedes-Benz C300, fled from the area on foot, as shown by surveillance footage at the scene.

The other driver, operating a 2006 Nissan Altima, was taken to a hospital for treatment on severe injuries.

According to LAPD officers, they have spoken with the registered owner of the Mercedes, who has thus far denied being behind the wheel at the time of the collision.

There was no suspect description immediately available.

The $25,000 reward comes as part of the Los Angeles Administrative Code created Hit-and-Run Reward Program Trust Fund, which offers the money for information that leads to the suspect’s arrest, identification and/or conviction.