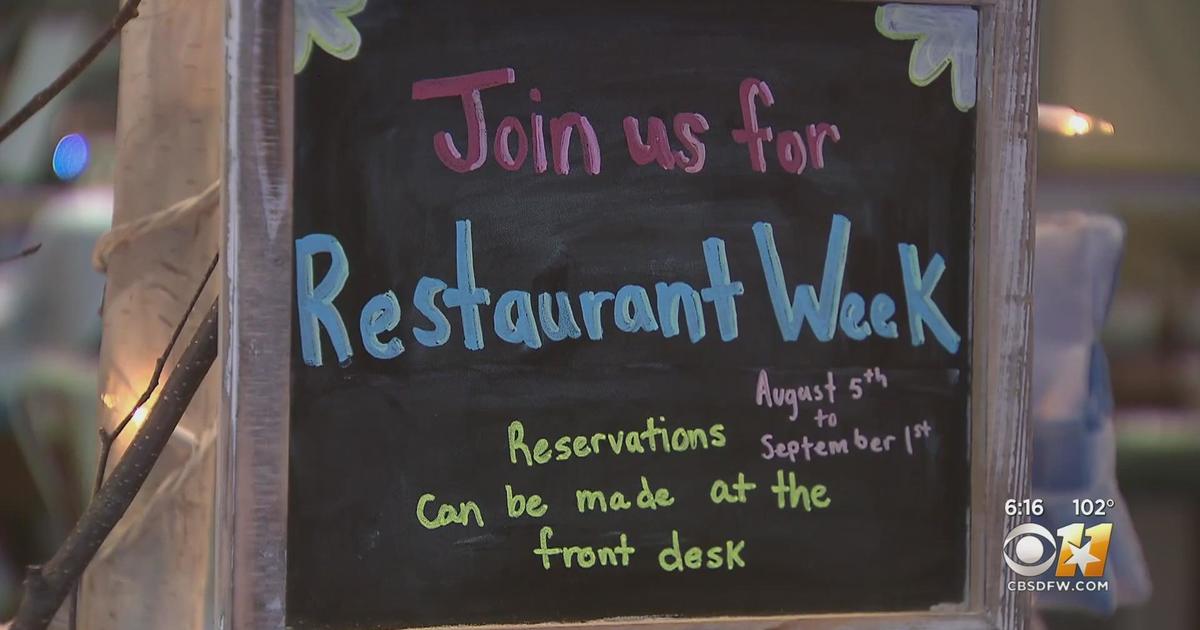 FORT WORTH (CBSDFW.COM) — It’s been one issue after another.

Inflation, supply chain issues, and COVID-19 have severely impacted the restaurant industry, but managers and restaurant owners are looking forward to the 25th anniversary of DFW Restaurant Week, which starts on August 8th.

It’s the second-largest restaurant week in the country, second only to New York City’s.

“We get excited about for it because it brings in a lot of guests,” said the general manager of Rise, Brian Boulanger.

Rise is a French cuisine restaurant in Fort Worth.

Boulanger said they’ve been part of DFW Restaurant Week for the past four years and it has expanded their customer base, “It helps get repeat customers in because once people see that it’s not as scary as they think, we see them many more times.”

Which he says is needed after turbulent times in the industry. “Not only the cost of goods but staffing was an issue for a lot of people for a long time.”

So this week couldn’t come at a better time for these restaurants.

According to the Texas Restaurant Association, the state lost an estimated 9,000 restaurant locations during the pandemic.

Now with inflation, the association said restaurant margins are slimmer as a result of customers having less income to dish out at restaurants. They also claim while food costs are up over 10%, menu prices have risen more than 7%.

However, they point out, grocery prices are up more than 12%.

“We continue to fight those battles. We’re proud right now we haven’t raised costs or anything like that – we’ve taken that cost ourselves,” said Boulanger.

During DFW Restaurant Week, 20% of all tabs will go to two charities. On the Dallas side, each order helps out the North Texas Food Bank. On the Tarrant side, Lena Pope.

Many restaurants start early with a preview weekend happening now.

DFW Restaurant Week provided these details on menu prices and how you can set up a reservation.

DFW Restaurant Week 2022 dining reservations can be made via OpenTable or directly with restaurants.  Be sure to mention DFW Restaurant Week and request the campaign menu to ensure that the charities receive the special donation.

Find all the delicious 25th anniversary campaign details at DFWRestaurantWeek.com.