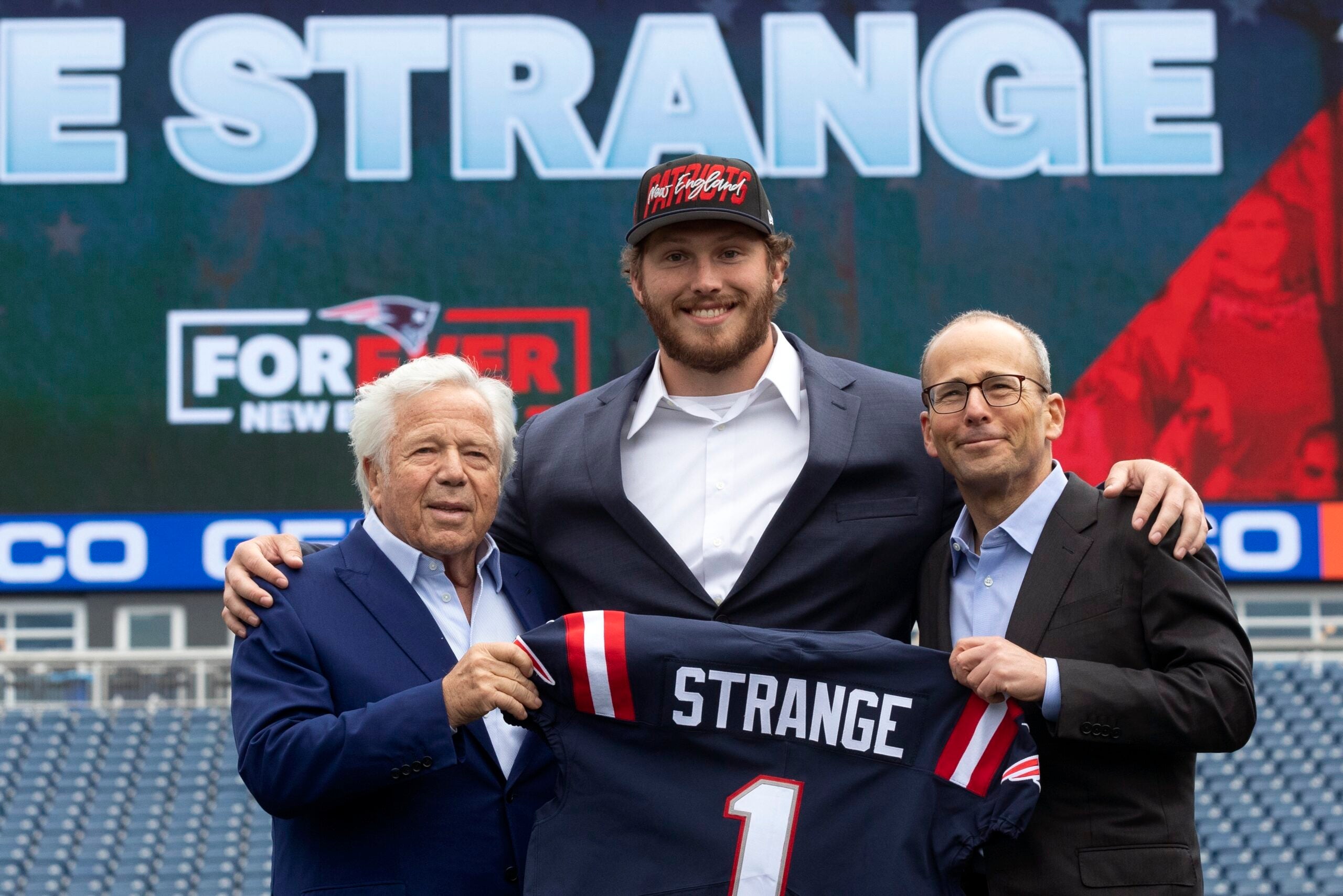 From the first pick of the 2022 NFL Draft, the Patriots put everyone — fans, draft experts, and local media — on the back foot.

By the time it was over — several controversial/head-scratching picks, including double-dipping at running back, later — people around the region were asking themselves, “What was that?”

What it was, in truth, was the Patriots realizing two things: they’re in danger of falling behind the rest of their division, and the rigid value-based system they’ve so often employed just wasn’t getting it done.

So they appeared to throw the traditional playbook out of the window in an effort to start creating a roster more like the rest of the modern NFL. Whether or not the way they did it will work? Well, that’s going to depend.

Here are a few takeaways from the 2022 NFL Draft.

Patriots get their guys.

It’s no secret that NFL teams don’t always see things the same way as fans and media who follow them, especially when it comes to the draft. Though draft experts watch plenty of football and can evaluate talent, they’re not in the rooms with the people who actually make the picks in the end.

That’s never been more clear than this season as far as the Patriots were concerned.

But rather than New England’s draft being somewhat confusing, it might truthfully be much more direct than people realize.

After years of preaching value and prioritizing certain positions above others, Bill Belichick has somewhat thrown that approach to the wind this year. And it boils down to one factor: get the guys we want.

Why should we care if people think we should’ve gotten a linebacker or another receiver in the fourth round instead of Jack Jones or Pierre Strong Jr.?

And what does it matter if people are scratching their heads about selecting a quarterback when we already have a starter?

They wanted those players, and they weren’t going to let anyone else jump the line for them after trading down in the first round.

The Patriots knew they needed speed and unapologetically sought it out in players like Thornton and Strong — the fastest NFL Combine performers at receiver and running back, respectively — regardless of whether it was a reach or if they had other players on the roster.

Could their plan to keep up with the rest of the division and conference fail? Perhaps. But if it does, Belichick and New England will go down swinging doing it their own way.

This is about the future.

The Patriots were lucky enough to have three of their top four picks in 2021 –Mac Jones, Christian Barmore, and Rhamondre Stevenson — contribute immediately as rookies.

This year, the immediate contributions feel a bit harder to see (except for Strange), though that’s not necessarily a bad thing.

Thornton will be able to sit behind the likes of Nelson Agholor, DeVante Parker, Kendrick Bourne, and Jakobi Meyers and learn from Troy Brown while occasionally running a fly route or slant.

The Jones brothers will fight for special teams roles while the likes of Malcolm Butler, Jonathan Jones (SO many Joneses), Myles Bryant (likely), Terrance Mitchell, and Jalen Mills handle the cornerback duties.

Strong and Kevin Harris won’t see the field much (in theory) behind Damien Harris, Stevenson, and James White (if healthy).

But next year, all that could change. Tons of players could be coming off of the books in free agency. The wide receiver room could be completely different; the Patriots aren’t financially obligated to keep a single one of them past next year. Damien Harris will be a free agent, and his skill set is, unfortunately, quite expendable. The cornerback room is largely replacement-level.

Even the offensive line picks might get a chance to get in the mix with the offensive tackles potentially both being gone after next season.

There’s always the possibility that someone (perhaps the scrappy, productive Marcus Jones) surprises us and plays a bigger role than expected. But even if that doesn’t materialize in Year 1, don’t throw them out the window just yet. This team could look a lot different in a year, and these rookies could hold the key to the future.

Protecting Mac Jones is the focus.

As much as everyone wanted New England to draft wide receivers this year, Belichick appeared to buy into a different focus: protecting their young quarterback.

Strange is obviously the main attraction here, but the team also grabbed a few of the good old late-round picks — Chasen Hines and Andrew Steuber — to serve as projects this new offensive line coaching staff can work with.

As frustrating as the Strange pick in the first round was, the calculus feels simple in hindsight: how can the Patriots as closely approximate the quality of last year’s offensive line play as possible with Shaq Mason and Ted Karras gone? Slotting Michael Onwenu, who actually grader higher last year than Mason, at right guard is seemingly an easy choice. But Strange might be a better bet to play at Karras’s level off the bat than another sixth-round pick (at least at first).

As for the receivers: they already have a lot of them, and trading for Parker allows them to use their existing pieces, like Agholor, better than they did last year. Aside from adding Thornton and a few undrafted guys, New England looks set to squeeze what they can from their existing group.

But none of that can happen if Mac Jones can’t stay upright, both this year and the following seasons. You can never have enough good offensive line depth, and no one (generally) understands that better than the Patriots.