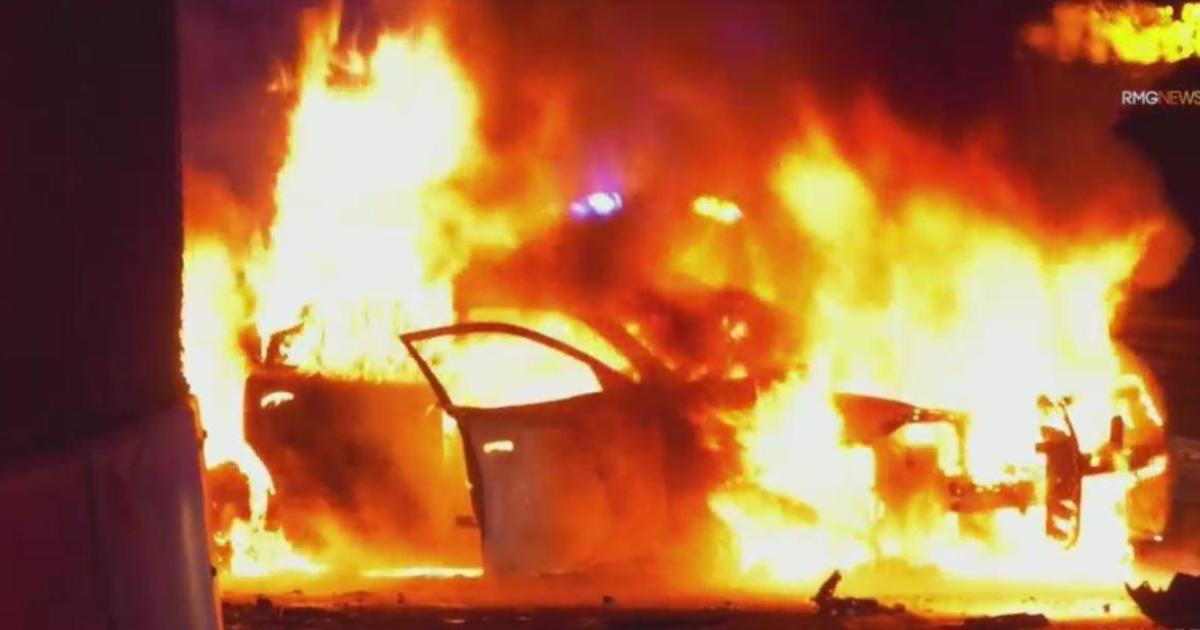 The crash occurred on the eastbound 105 freeway near Lakewood Boulevard a little before 1:30 a.m.

CBSLA learned that the CHP patrol car was stopped in a lane of the freeway in an effort to keep traffic away from an earlier crash when it was rear-ended.

“CHP had the lane closed with flares out, the driver applied no brakes and went straight into the CHP car, all four wheels off the ground,” witness Robert Martinez said. “That car flipped, CHP stood on the ground. And shortly after is when the CHP car went up in flames.”

Footage from the scene showed flames and smoke billowing from the CHP vehicle. A woman was also seen being taken into custody.

Emergency dispatch for the Downey Fire Department told CBSLA that two CHP officers were taken to a hospital by ambulance. A third officer was taken on their own prior to the arrival of the fire department.

The conditions of the officers were unclear. A fourth civilian may have also been hospitalized as well.

A Sig Alert was in effect and all eastbound lanes of the 105 freeway were shut down at the 710 freeway as of 4:30 a.m. while investigators cleared the scene.