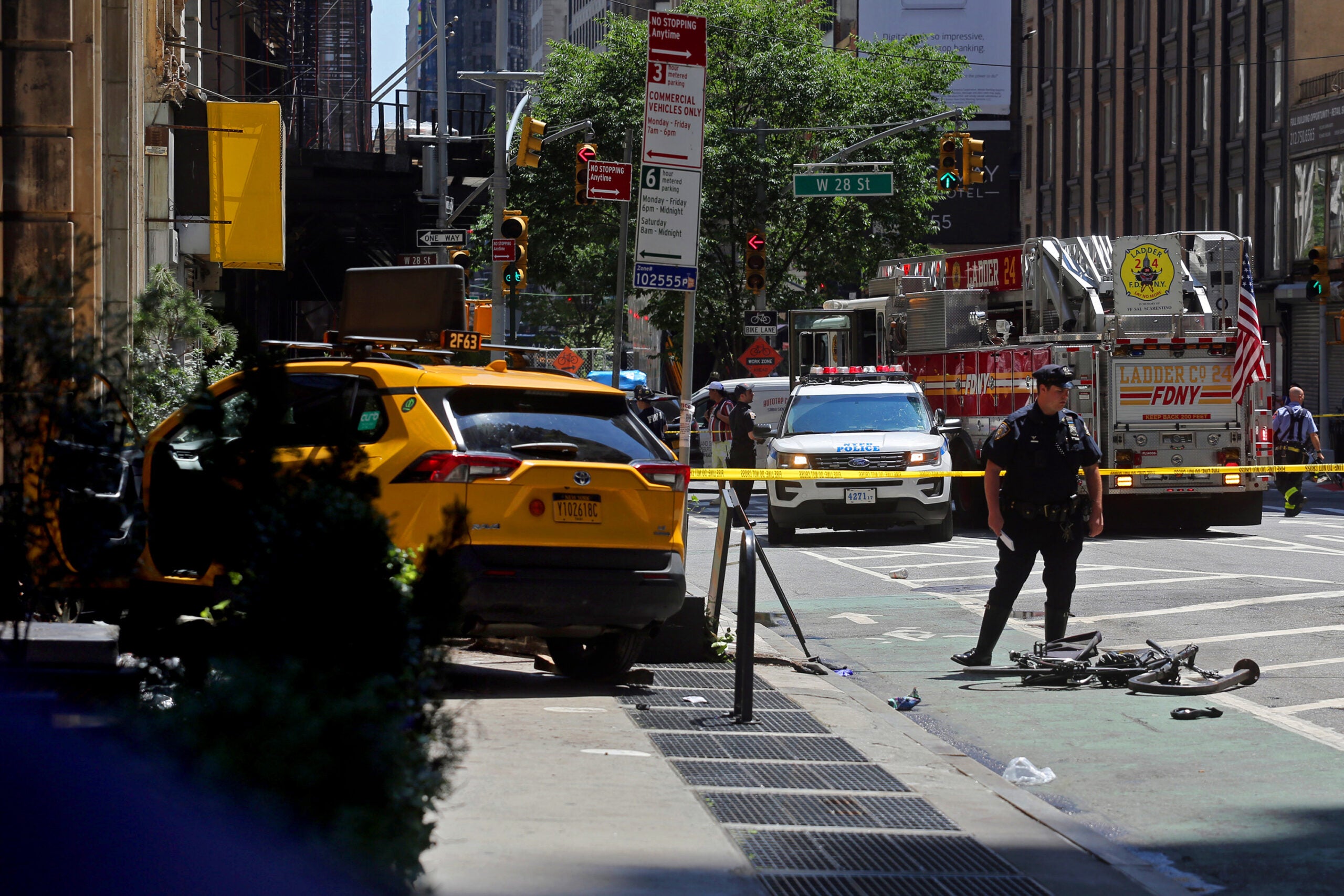 NEW YORK (AP) — A taxi cab turning onto a narrow section of Broadway hit a bicyclist, then swerved onto a Manhattan sidewalk and into a group of pedestrians Monday afternoon, critically injuring three people, police said.

The crash spurred onlookers into action, police said, with bystanders rushing to try to lift the taxi off two women pinned by the vehicle.

It happened at 1 p.m. in the city’s Flatiron district, a little more than five blocks south of tourist-packed Herald Square. Police said it appeared to be accidental, but an investigation was underway to determine exactly what happened.

The yellow cab was on West 29th Street, turning south onto Broadway, when the collision with the bicyclist took place, according to NYPD Deputy Chief John Chell.

The cab crossed through a bike lane and continued onto a narrow sidewalk, striking people before coming to rest against the side of a building, trapping the two women.

“As this occurs, a remarkable scene took place,” Chell said. “About 15 to 20 New Yorkers attempted to take this cab off these women.”

A total of six people were taken to the hospital, police said, including the taxi driver. Three of the injuries were not considered critical.

The crash took place outside a bagel shop on the same block as the New York City flagship bakery of Milk Bar, a dessert shop with a national following.