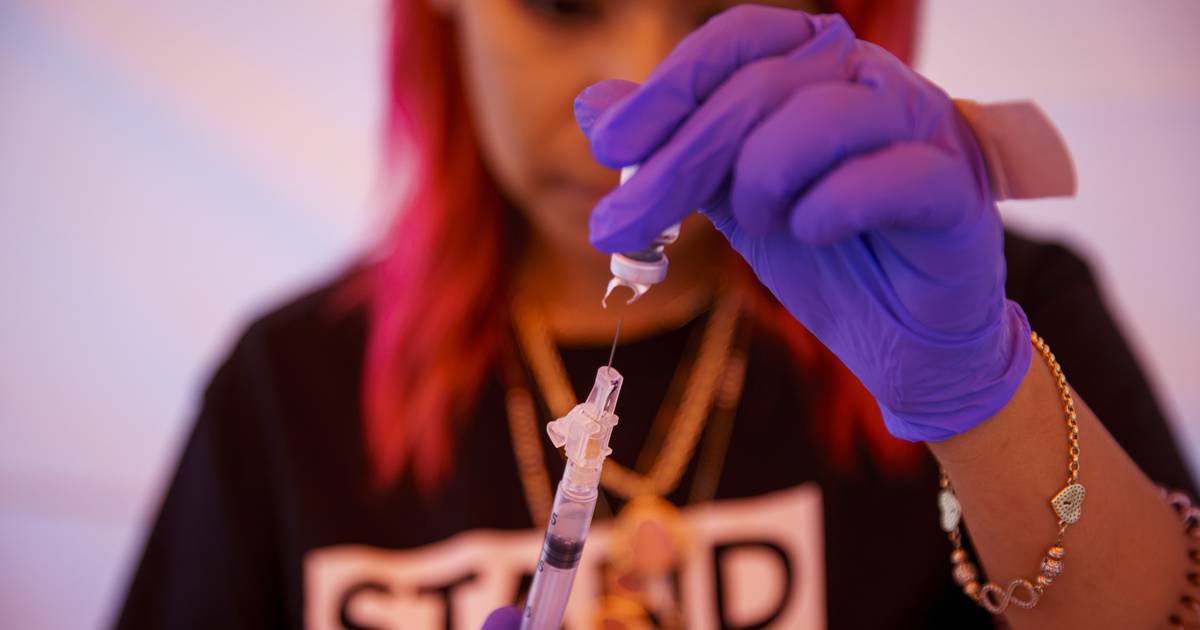 The city’s case count is now up to 326, the Chicago Department of Public Health said Wednesday. The case count had been 202 last Friday.

The jump highlights the need to keep vaccinating at-risk people and spread awareness of the virus, he said. A recent expansion of testing capacity and advances in clinicians’ ability to diagnose the disease may have contributed to the marked increase, he added.

“Any increase in cases is an indicator that more needs to be done,” Pacilli said. The virus’ growth seems to be more linear than exponential, he added.

The surge in cases seen over the last five days already marks the largest weekly increase in monkeypox cases that Chicago has experienced. Lags in reporting positive cases from newly launched testing laboratories may have also contributed to the jump, Pacilli said.

She encouraged people to avoid sharing drinks, cigarettes and vape pens and to have conversations about monkeypox with new sexual partners.

“And most importantly, if you start to exhibit symptoms, see a health provider and get tested right away. If you test positive, we can vaccinate your recent close contacts to help stop further spread of the virus,” Arwady said.

The virus is spreading mostly among men who have sex with men, a trend seen across the country, the CDPH said. The city is targeting vaccination toward that group, especially those who have sex at venues or who have multiple or anonymous partners. But some Chicago monkeypox cases have occurred outside that group.

“MPV is not a ‘gay disease,’ ” Arwady said. “There’s nothing inherent in the biology of the virus that limits it to men who have sex with men. The virus spreads through tight-knit social networks; it does not discriminate.”

Many gay men throughout Chicago have reported difficulty in securing vaccination as cities across the country grapple with a nationwide shortage of doses. The CDPH received 15,000 monkeypox vaccine doses from the federal government over the weekend. The CDPH announced last Friday that it would prioritize giving as many at-risk people as possible their first shot with those new doses, likely meaning many will face delays in getting their second shot.

The new doses will make a dent in the huge demand for monkeypox vaccines, but the influx does not mean everyone who wants a shot will get one, Pacilli said.

“There just isn’t enough vaccines for all of us who may be desiring it,” he said.

The new rise in cases also comes just 10 days before the start of the Northalsted Market Days street festival. The LGBTQ-focused event brings hundreds of thousands of people to Chicago every year.

The smallpox-related monkeypox virus was first detected in humans in 1970 and is endemic to parts of west and central Africa. The illness often begins with flu-like symptoms and swelling of the lymph nodes before progressing to distinct, large rashes throughout the body that look like pimples or blisters. Monkeypox can last up to four weeks.

The virus is generally passed on through close physical contact with a scab or bodily fluids of someone who has monkeypox, as well as contact with objects they’ve closely touched. Spread could occur through acts like sharing a towel or having intimate sexual contact.

To learn more about the monkeypox virus, visit the CDPH’s monkeypox facts page.