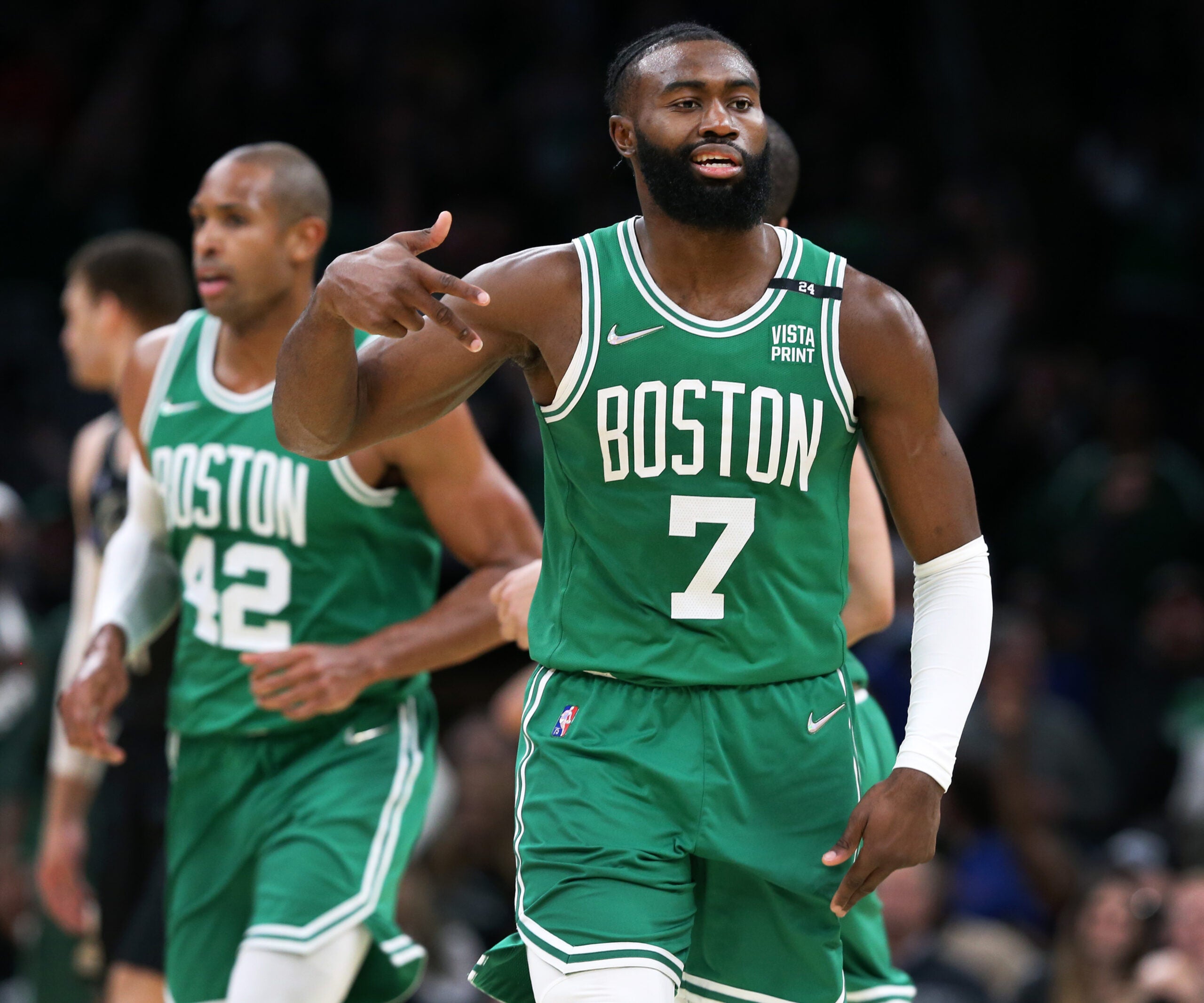 Jaylen Brown showed up for the Game 2 showdown between the Celtics and the Bucks more than three hours early on Tuesday, after putting together one of the worst playoff games of his career to date in Game 1.

The results showed. Brown came out firing, pouring in 17 first-quarter points en route to a 30-point evening, as the Celtics evened the series against the Bucks with a 109-86 win. Much to Celtics’ fans satisfaction, Brown even sat Grayson Allen down on one memorable crossover.

The Celtics weren’t perfect. They held on in the second half, rather than pulling away. They haven’t figured out how to score in the paint against the Bucks’ hyper-aggressive defense yet. They still seem to settle at times.

But many of the worst issues that presented themselves in Game 1 were resolved. Brown and Tatum still weren’t perfect, but they were much better (a combined 20-for-38 from the field and 11-for-20 from three). As a team, the Celtics finished with just 11 turnovers, which limited the Bucks’ transition opportunities. They moved the ball more consistently and created great looks instead of decent ones.

The Celtics have a lot more to figure out, but they have plenty of time to do it — due to bizarre scheduling, there are three days off in between Games 2 and 3, and Marcus Smart will likely return.

After dropping Game 1, the Celtics staved off disaster. Now they need to figure out a way to take control of the series.

2. The Celtics outshot the Bucks 20-3 from 3-point range, while the Bucks outscored the Celtics 54-24 in the paint. If you make the shots the Bucks want you to take, you have a great chance of winning. If you don’t, they can creep back from a 20-point deficit and make a fourth-quarter a little more stressful.

The Celtics evened the series, but they need to figure out sustainable ways to beat the Bucks around the rim. Much of the discrepancy is by design — the Bucks give up 3-pointers, and the Celtics clearly opted to prioritize 3-point defense while letting Grant Williams and Al Horford guard Giannis Antetokounmpo 1-on-1 — but the Celtics could feel a lot more comfortable if they weren’t so reliant on their jump shots falling.

3. Grant Williams has a lot of room to grow as a player and it’s unclear exactly what direction his game will take next. Can he become more of a ball-handler, attacking off the catch when opponents close out to his now-impressive 3-point shooting? Can he continue to improve his passing, which would open his game even more? How much better can his already stalwart defense get?

One thing we know, however: 23-year-old Grant Williams is a good basketball player right now, and the Celtics would be in trouble without him. On Tuesday, he was impressive defending Antetokounmpo again — standing strong against Antetokounmpo’s tough-minded drives into the paint. He also added 21 points including 6-for-9 shooting from 3-point range, and he was a major part of opening up the paint against the Bucks’ aggressive defense.

The Celtics have some interesting decisions to make next year, because Williams is ready to contribute at a high level.

4. Antetokounmpo scored just two points in the first quarter, but he exploded for 18 in the third. After just two minutes at the start of the fourth, he came back into the game.

Antetokounmpo is as crucial to his team offensively as Kevin Durant was to the Nets, but Antetokounmpo’s game looks more exhausting — if Durant needs a bucket, he can always pull up from 3-point range. Antetokounmpo has to keep driving and driving incessantly, forcing his way to the rim and pushing through the opposing defense. When the opposing defenders are Horford and Grant Williams, that task becomes a lot more taxing. The fact that Antetokounmpo still finished with 28 points is a testament to the former MVP, but the Celtics can be encouraged by how difficult they made things for perhaps the best player in the world.

We will have more takeaways later this evening.