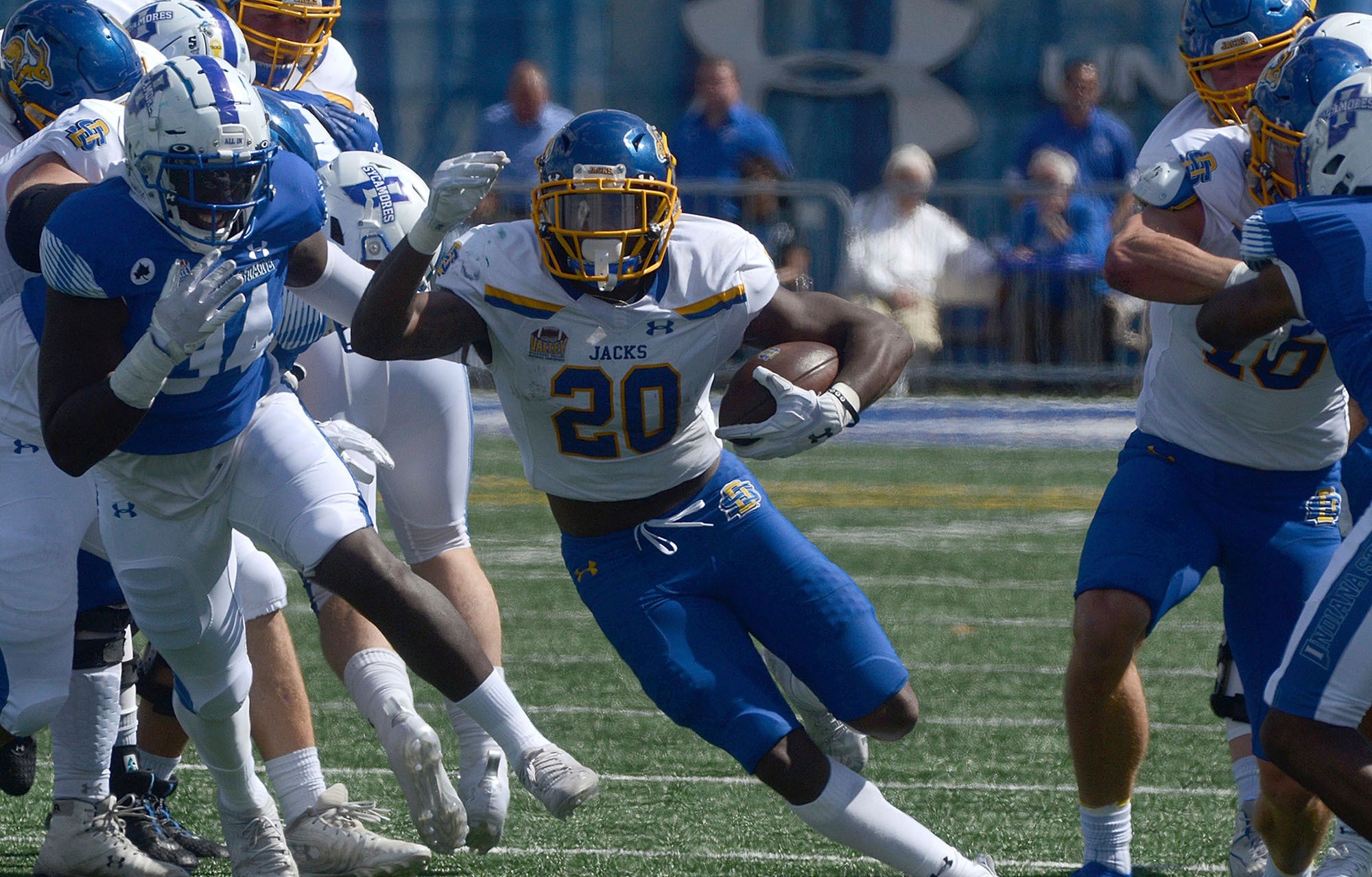 The Patriots have a need for speed.

After selecting the fastest receiver in the NFL Draft in the second round, New England selected the fastest running back in the draft with its second fourth-round pick, drafting Pierre Strong Jr. (No. 127 overall).

Here are four things to know about the South Dakota State product, who joins a loaded Patriots backfield.

Strong showcased his speed at the NFL Scouting Combine in March. His 4.37 40-yard dash was the fastest among running back prospects in the 2022 class and the 16th-fastest among all prospects.

Strong’s speed wasn’t the only thing that impressed at the combine. He was sixth among running backs in the vertical jump (36 inches) and third in the broad jump (124 inches). Strong’s combine results, combined with his 5-foot-11-inch, 207-pound frame, gave him a 9.34 relative athletic score, the fifth-best among running back prospects.

He was a big-play machine for the Jackrabbits.

Strong’s speed led to many big celebrations for South Dakota State. Ten of Strong’s 40 career rushing touchdowns were at least 50-yard runs. In 2021, Strong had 1,673 yards on 240 carries, giving him a whopping seven yards per carry.

Not many running backs at the FBS or FCS level were able to make as many big plays on the ground as Strong did in 2021. He had the second-most 10-plus yard runs with 47 and he was tied with second-round pick Kenneth Walker for the most 15-plus yard runs (30).

He hasn’t been much of a pass-catcher.

Strong appears to more likely be a Damien Harris replacement rather than a James White replacement.

While Strong was dominant on the ground in 2021, he didn’t bring much in the receiving game. He caught 22 passes for 150 yards over 15 games. New England could try and develop Strong’s receiving skills, but NFL.com’s Lance Zierlein notes he has “stiff hands.”

Still, Strong is willing to get better at that aspect.

“Whatever New England needs me to do, that’s what I’m going to do. I’m focusing on whatever coach wants me to focus on,” Strong said.

With that in mind, Strong could have a “redshirt year” – similar to Harris in his rookie season in 2019 – and get limited playing as a rookie sitting behind Harris, White, and Rhamondre Stevenson. However, Harris is a free agent following the 2022 season, and if he’s too expensive for the Patriots to keep, Strong figures to slot into Harris’s spot in 2023.

He can throw the ball, though.

The Patriots have drafted several players who have some quarterback experience in their past. Strong is the latest skill-position player to join that group.

Strong threw the ball four times for 62 yards in 2021, with all four passes resulting in touchdowns. He also had five more passes that all resulted in completions for a total of 146 yards and two touchdowns in the two previous seasons.

Strong appears open to possibly being used for a trick play or two, which the Patriots haven’t been shy to do in the past.

“I love having the ball in my hands,” Strong said. “I played quarterback when I was younger, and it’s still with me. I can still throw it a bit.”