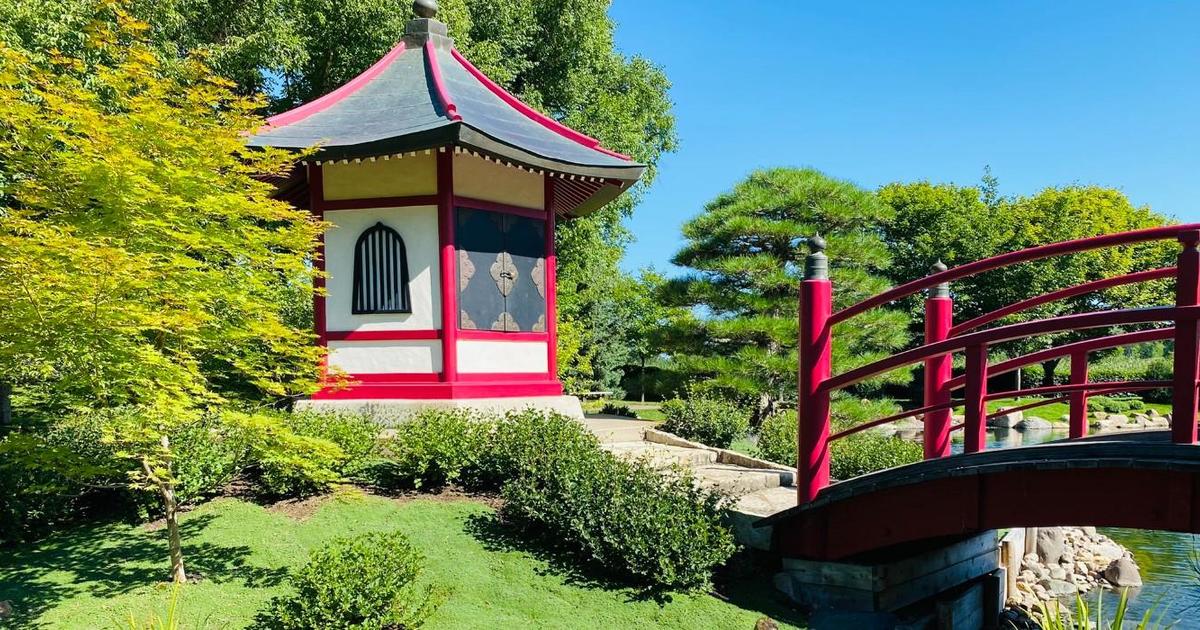 BLOOMINGTON, Minn. — Many gardens are in full bloom this time of year. But there’s a place in Bloomington that seems to be budding year-round.

Hidden behind the brick buildings that make up Normandale Community College is something you would typically find an ocean away.

“It’s like discovering a little treasure box where you don’t expect it,” said volunteer Steve Cope.

It’s a 2-acre oasis of serenity that got its start 50 years ago. Back then, one thing led to another at a Bloomington Jaycees meeting. Trying to figure out what to put behind the new college, a Jaycee member decided to contact a famous Japanese architect.

“They had become good friends with Kawa Watanabe who was a landscape architect for the city of Tokyo,” said lead volunteer Cece Cope.

Watanabe liked the idea so much he essentially volunteered his time. He flew from Tokyo to Bloomington to hand-draw plans for the garden. But it didn’t come without challenges.

A Japanese garden is like a landscape painting done with live plants. The problem is, many of the plants that grow in Asia can’t survive Minnesota winters. So instead, Watanabe grew spruce and pines, willows and crab apples. Normandale even created a new kind of cherry tree that could outlast the frozen tundra.

The garden also features a Benten-dō, which is a smaller replica of a Shinto shrine. Next to the shrine, visitors while find a carp stone at the bottom of a waterfall. That’s fitting, because the entire garden is swimming with koi fish. In Japan, they’re considered good luck because of their beauty and longevity.

“They became colorful and became much more valuable for their color as really as works of art,” said Steve Cope. “They usually live at least 30 years, sometimes 50. There are records of koi living to be 100.”

From the zig-zag bridge, to Turtle Island, each attraction is connected to a Japanese fable — which helps draw visitors from near and far.

“I think it’s a must-see. It’s gorgeous, especially on such a nice day like today,” Leff said.

“I don’t think Manhattan has anything quite this extensive. Central Park, but that’s not quite a Japanese garden,” Goyal said

As you might imagine, pruning is a full-time job, but worth it. Because in the garden, it’s possible to escape to another part of the world, without ever leaving the big city.

“To feel a sense of peace and tranquility, that is the objective of the design,” said Cece Cope.

Since the pandemic, the garden has seen its visitors grow up to 40,000 guests a year.

The Japanese Garden is free and open to the public 365 days a year. Click here for more information.