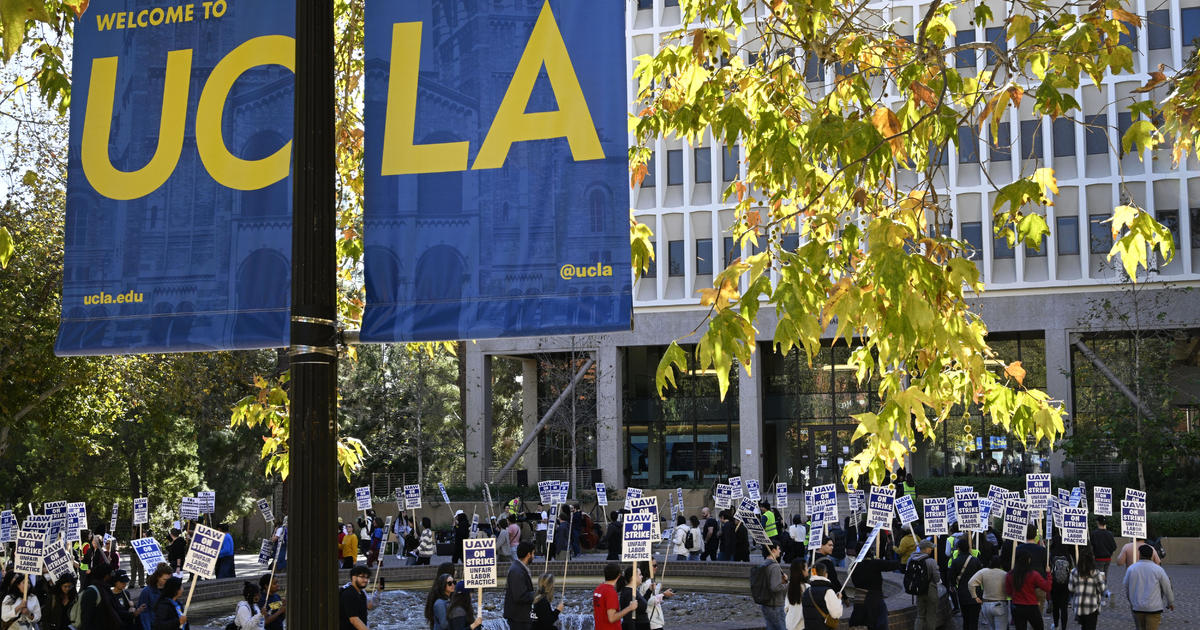 Nearly 48,000 unionized academic workers at all 10 University of California campuses walked off the job Monday, calling for better pay and benefits.

The strike by researchers, postdoctoral scholars, tutors, teaching assistants and graders threatens to disrupt classroom and laboratory instruction across the statewide university system just weeks ahead of final exams in December.

Picket lines went up at 8 a.m., with workers saying they need significant pay raises to afford to live in cities like Los Angeles, San Diego and Berkeley where housing costs are soaring.

The students and employees involved are represented by the United Auto Workers. Rafael Jaime, president of UAW Local 2865, which represents 19,000 of the 48,000 academic workers, joined protesters at UC San Diego.

Union officials say some of the employees make as little as $24,000 per year, according to CBS Los Angeles. Along with higher salaries and greater annual raises, the workers are demanding free public transit passes, improved child care benefits and greater job security.

“After months at the bargaining table and 26 unfair labor practices filed, we have no choice but to move towards a strike,” Jade Moore, a bargaining team member, said in a statement.

“Too many people are being forced out of UC because they aren’t paid enough to afford the rising cost of housing, on or off campus,” Mai Do, a bargaining team member of UAW 2865, told CBS LA. “I’ve had to take on credit card debt while working at UC just to cover my necessities, because over 60% of my salary is spent on rent alone.”

“We are negotiating with the university around the clock and listening to all their offers,” Jaime told the Los Angeles Times. “We’re going to be out here as long as it takes.”

Demonstrators were also out in force at UC campuses in Santa Cruz, Merced, Santa Barbara, and Irvine. Some 300,000 student attend the 10 schools that make up one of the nation’s most prestigious state university systems.

In a statement, UC said it had entered the talks with a “genuine willingness to compromise,” adding that “many tentative agreements” on issues such as health and safety had been reached.

“UC’s primary goal in these negotiations is multiyear agreements that recognize these employees’ important and highly valued contributions to UC’s teaching and research mission with fair pay, quality health and family-friendly benefits, and a supportive and respectful work environment,” the statement said.