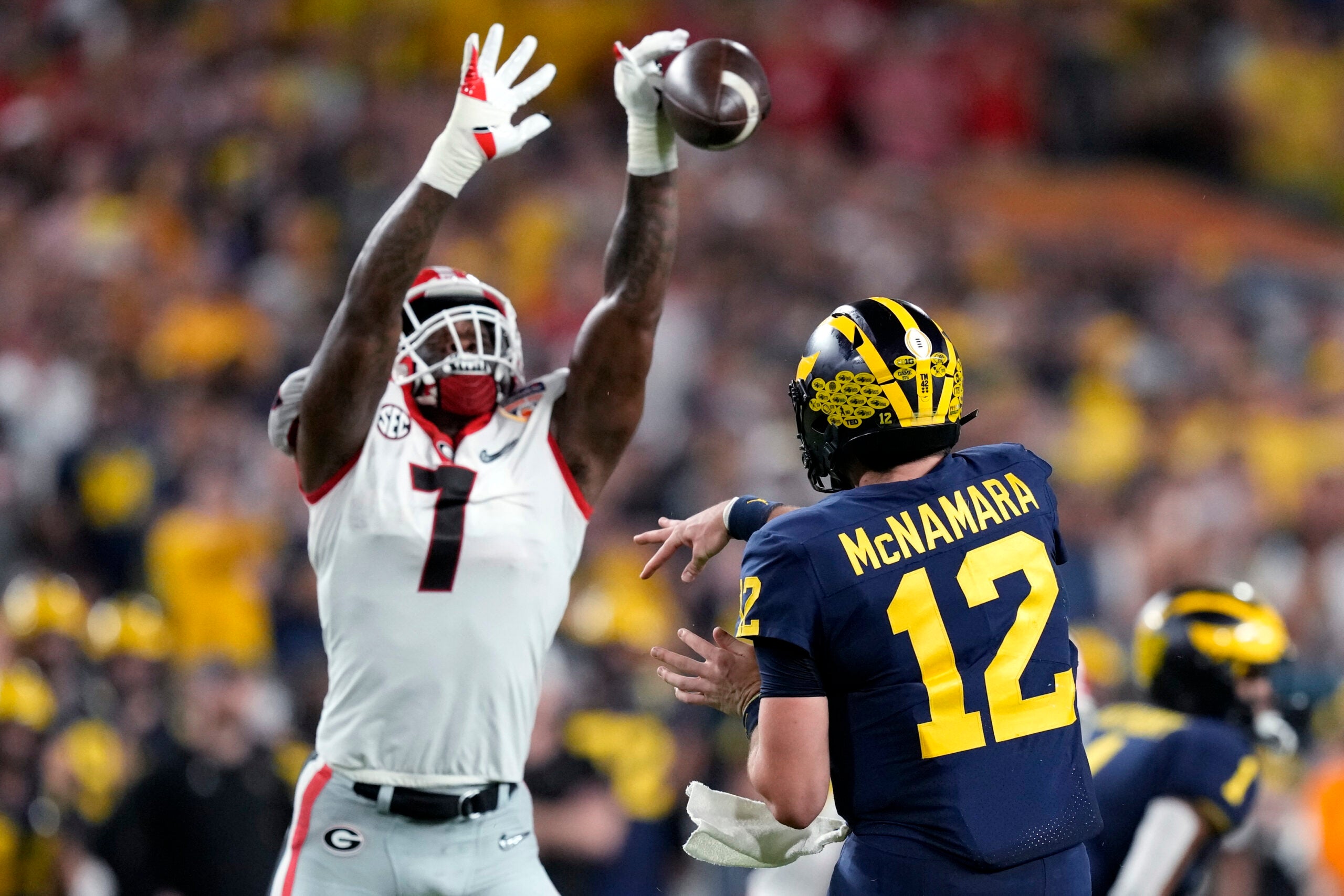 It’s Draft Day, Patriots fans (input your Kevin Costner memes here). And no one has any idea what is about to happen.

Some of that is because New England has done its best to set itself up to take the “best player available” at No. 21 by signing bodies to bolster key needs at quarterback and wide receiver. Some of it is because the opinions on the quarterback class are so hit or miss that no one knows how many will go in the first round — or where they’ll go.

Throw into the mix that several teams are reportedly looking to trade down in the draft to accumulate more capital on Day 2 — the Patriots are likely among them — and we can’t even be sure Bill Belichick will be making his pick at No. 21 in the first place.

Still, because it’s Draft Day and the intrigue is too much to resist, let’s have some fun and try to predict which players the Patriots might have their eye on above all others at the back end of the draft.

This post assumes a few things that may or may not be true about how the board will fall:

Given that we’re talking about the NFL Draft, there’s a good chance any of those assumptions is wrong. People can’t even agree on the No. 1 overall pick at this point, let alone what’s going to happen after that.

But we’re not going to let that stop us now, are we?

It’s hard to make a call between the two of them without knowing how the Patriots graded them, so let’s just talk about both.

Assuming Trent McDuffie is gone and the Patriots can’t trade down, they might have to decide if they want to make somewhat of a reach to get a good player at a premium position. These two cornerbacks would fit that bill.

Of the two, Elam might have the higher upside as a lockdown corner type given his combination of size (a bit over 6-foot-1) and 4.3 speed. He also performed very well against elite competition, including Alabama.

However, Booth arguably fits the Patriots’ desired mold better because of his superb tackling while also having adequate size and length himself. Though Booth is relatively inexperienced, he played under one of college football’s best head coaches (Dabo Swinney) and defensive coordinators (Brett Venables).

Given the premium placed on stopping the passing game now, Elam feels like the slight favorite as an outside observer. His stock is also reportedly rising well into the Patriots’ range. But if New England wants a more all-around cornerback, Booth might be the surprise play.

Heading into this week, all the talk has been about Devin Lloyd potentially falling to No. 21 overall for the Patriots, which could well be a coup for New England. Lloyd is up there with Nakobe Dean as one of the most highly thought-of linebackers in this year’s class, after all.

Suddenly, one of Dean’s Georgia teammates has reportedly entered the chat in a big way.

Walker isn’t the best player between himself, Lloyd and Dean, but his size (6-foot-4, 241 pounds) combined with his elite physical metrics (32 5/8-inch arms, 4.52 40-yard dash) blend the Patriots’ typical linebacker benchmarks with modern-day speed. Sometimes, potential beats out simple production, and Walker could be an example of that.

Lloyd still feels like he’d be a better, more versatile player for the Patriots and a better value at this spot. If he fell to No. 21, taking Walker over Lloyd would probably be a reach.

But if Walker plays to the level of his traits in the NFL, the reach would be worth it.

Just about anything the Patriots could possibly want from an offensive line prospect, Johnson has by the bucketload. The fit is so good, it’s almost annoying.

The Patriots shouldn’t get too absorbed in drafting purely to fill their massive hole at guard, of course. It’s typically a position you can get away with having a B-plus type of player at or can develop later.

But again, there’s a real chance Johnson is the best player available at No. 21. If Belichick struggles to find good value to trade back, this will be a real decision to make.

Also, for those showing trepidation at the idea of drafting a guard at No. 21 overall, here are few things to chew on.

It’s always tempting to say the Patriots can just find and develop another guard in the fourth round — and they may do just that, of course. But a lot has changed for the Patriots in terms of their offensive line coaching staff (Dante Scarnecchia, Carmen Bricillo and Cole Popovich are out; Matt Patricia is in), and the team is now protecting a young quarterback (Mac Jones) as opposed to a savvy veteran (Tom Brady).

Maybe they’ll just go with the blue-chip talent this time and figure out what to do with him when he gets here.

Jones does need young talent to throw the ball to (and the Patriots will get it). But him being a solely pocket-passer means putting up a wall in front of him is non-negotiable. Johnson will help you do that.

The question around Hill going to the Patriots generally pivots around his position: “Do the Patriots really want to take a safety — a non-premium position — in the first round?”

It’s important, however, to think about how New England thinks in terms of versatility. Patriots secondary players will often tell you they’re “defensive backs,” not whatever specific position they play. That’s because, depending on the situation, a cornerback might play inside or outside or even safety if needed, and safeties will play in the slot or drop into the box whenever they’re asked.

Hill was exactly that kind of player during his career at Michigan. Plus, he absolutely has the speed (4.38 40-time) and agility (6.57 3-cone; second-best at NFL Combine) to play cornerback even if safety ends up being his more natural position. After seeing what the Bills did to their secondary in the two teams’ last two games this past season, New England needs players like that in its defensive back room.

So while the NFL community might think of Hill as “a safety,” the Patriots could ultimately see him as much more, thereby increasing his value to them.

It’s hard to think of Hill as being the No. 21 overall pick, but his stock has been rising in media circles as the draft approaches. Who knows what could happen at this point?

Honestly, it’s shocking this name hasn’t come up more in association with the Patriots.

After a long time sitting in the mid-teens in expert mock drafts, Karlaftis’s name has started slipping down into the 20s as the likes of Florida State’s Jermaine Johnson gain prominence.

If he falls to No. 21, the Patriots need to give him some serious consideration.

The Purdue standout has size (6-foot-4, 266 pounds) comparable to Matthew Judon with solid (if not spectacular) length and ridiculous explosiveness (38-inch vertical), agility (6.78 3-cone) and speed (4.71 40 time) for that build.

Karlaftis put all that together for a productive three years as a starter, too, putting up 14.5 sacks and 30 tackles for loss in 27 games. He’s also a good defender against the run, which could help him see the field early for the Patriots.

Simply put: this guy is a very good football player at a position (edge defender) that is critical in today’s NFL. If you want to pencil in one possible surprise at No. 21, this might be the one.