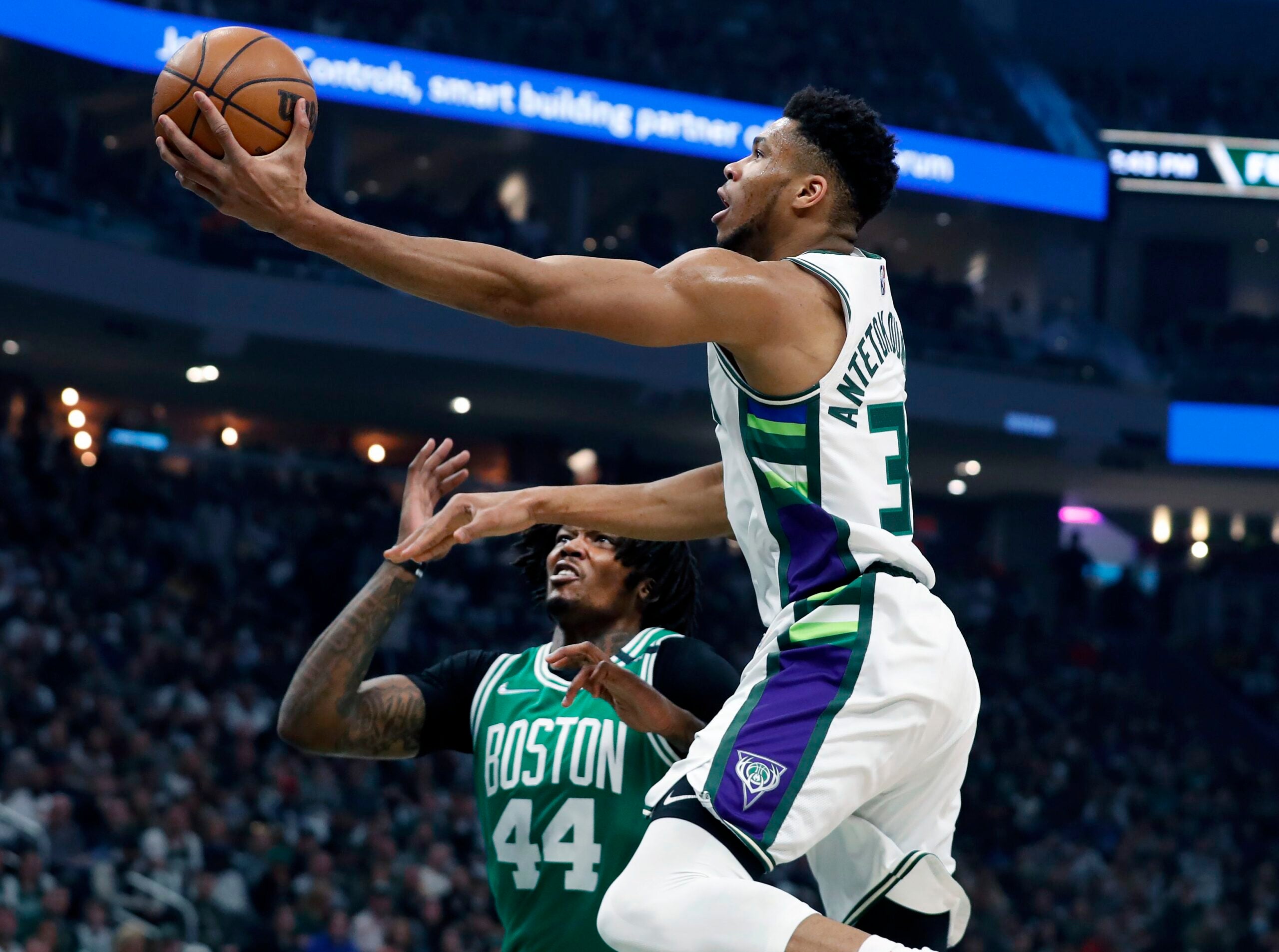 The Celtics had their chances in Game 3 against the Bucks on Saturday.

There was the possession with roughly a minute remaining when they led by one and missed two wide-open 3-pointers — one each by Al Horford and Marcus Smart — which would have forced the Bucks to consider some form of offense other than Giannis Antetokounmpo barreling down the lane. They nearly took the lead back when Jaylen Brown beat his man to the basket, but Brown smoked an admittedly difficult (but make-able) layup. They nearly got three free throws when Smart did this (the officials only awarded him two).

And then, in the closing seconds, they nearly tied the game (again).

After a game like that, it’s easy to project a Celtics win assuming Tatum doesn’t continue to shoot that poorly, and assuming Antetokounmpo doesn’t score 42 again. The problem with the playoffs, however, is that the Celtics are now standing on the brink. Sure, Tatum probably won’t shoot 4-for-19 again, but the Celtics no longer have any margin for error.

2. Ime Udoka seemed to decide that criticizing the officials’ decision to not give Smart three free throws was well worth a fine.

“It was a foul,” Udoka said. “He caught the ball, he was turning into his shot, both feet set. You can’t say that’s a sweep when you’re going into a shot. Poor call, poor no-call.

“You can clearly see it. I saw it in person, but also on film. I just went and looked at. It’s a shot. He’s curling into the shot, he’s getting fouled on the way up. Bad missed call.”

Udoka is almost certainly right — there’s very little (if any) sweep motion to Smart’s shot. Smart certainly seemed to anticipate that the Bucks planned to foul and tried to take advantage, but if a team is going to take advantage by fouling up three, the opposing team should probably be allowed to grift right along with them.

3. The Celtics had a chance because of Al Horford, who made a series of crucial shots down the stretch as they rallied. With Grant Williams in foul trouble and Rob Williams sidelined after taking a shot to the head, Horford was excellent in a more featured role. He ended up with 22 points and 16 rebounds in Game 3.

4. The Celtics need to avoid letting Brown get switched onto Antetokounmpo, which is how the Bucks star got a lot of his easiest points in the fourth quarter. Brown had an excellent game and was crucial down the stretch as Tatum struggled to find his shot, but Antetokounmpo is too tall and his strides are too long. Both Brown and Tatum struggle mightily whenever Antetokounmpo manages to force a switch — whether that’s because they don’t have the physical mass to stop him, or because Antetokounmpo’s drives are violent and the Celtics have instructed their stars to get out of the way is a little unclear.