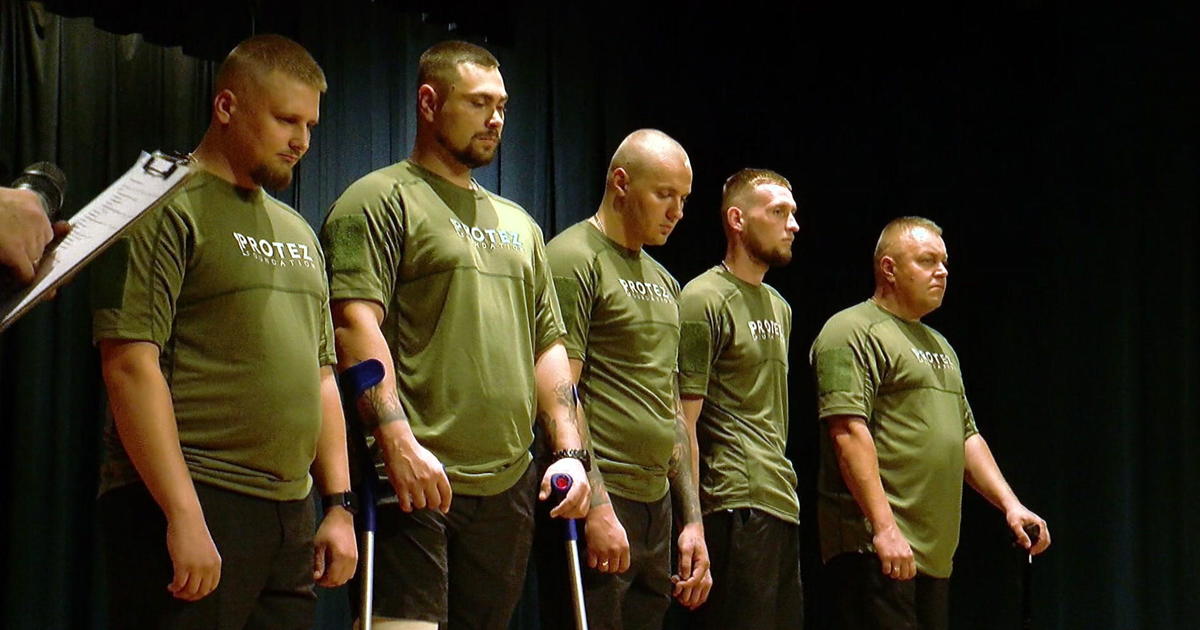 They showed off their new legs Sunday as Minnesota’s Ukrainian community held a fundraiser to support the next group coming over for treatment.

The distance between Minneapolis and Kyiv is more than 5,000 miles. It’s one thing to learn about the war from family and friends overseas. Sunday night, a message was delivered basically by a local call.

There was a standing ovation for five heroes who refuse to stand down, and given a second chance at being able to stand up. Their appearance on stage Sunday night was a symbol of their fight for freedom.

A Russian missile attack nearly crippling Maksim Shevchenko. A Twin Cities physician is rallying the area’s Ukrainian community to raise money to bring him, along with four others, to his limb lab for treatment.

“I feel motivated and more complete having this new leg. I can do things like normal people and do the things that I can do before I had this trauma,” said Shevchenko via translator.

Shevchenko says America is like another planet, like living in a movie. The Hollywood story, incomplete without a supporting cast — and that starts with Dr. Yakov Gradinar.

“It’s not only me, it’s multiple members of the team — physical therapists, occupational therapists, psychologists. We are all coming together to help them to become functional again,” Gradinar said.

According to Dr. Gradinar, it usually takes two to three months before prosthetic patients are walking and running on their own. The soldiers will be able to do it in a matter of weeks. The plan now is to return to Ukraine soon and return to active duty, even in limited capacity.

“It’s not up to me to decide what they can perform in the military,” Gradinar said. “I want them to get as close as they can be before their injury.”

Each prosthetic costs between $5,000 and $15,000. Dr. Gradinar is now fitting new limbs for two Ukrainian children, and raising money for a third group of patients for the fall.

Community leaders estimate about 16,000 Ukrainians live in Minnesota – which is among the largest Ukrainian communities in the Midwest.

Jonah Kaplan is WCCO and CBS News Minnesota’s investigative reporter and has built a strong reputation for his balanced and in-depth coverage of high-impact issues including the economy, immigration, education, public safety, and the military, among others.