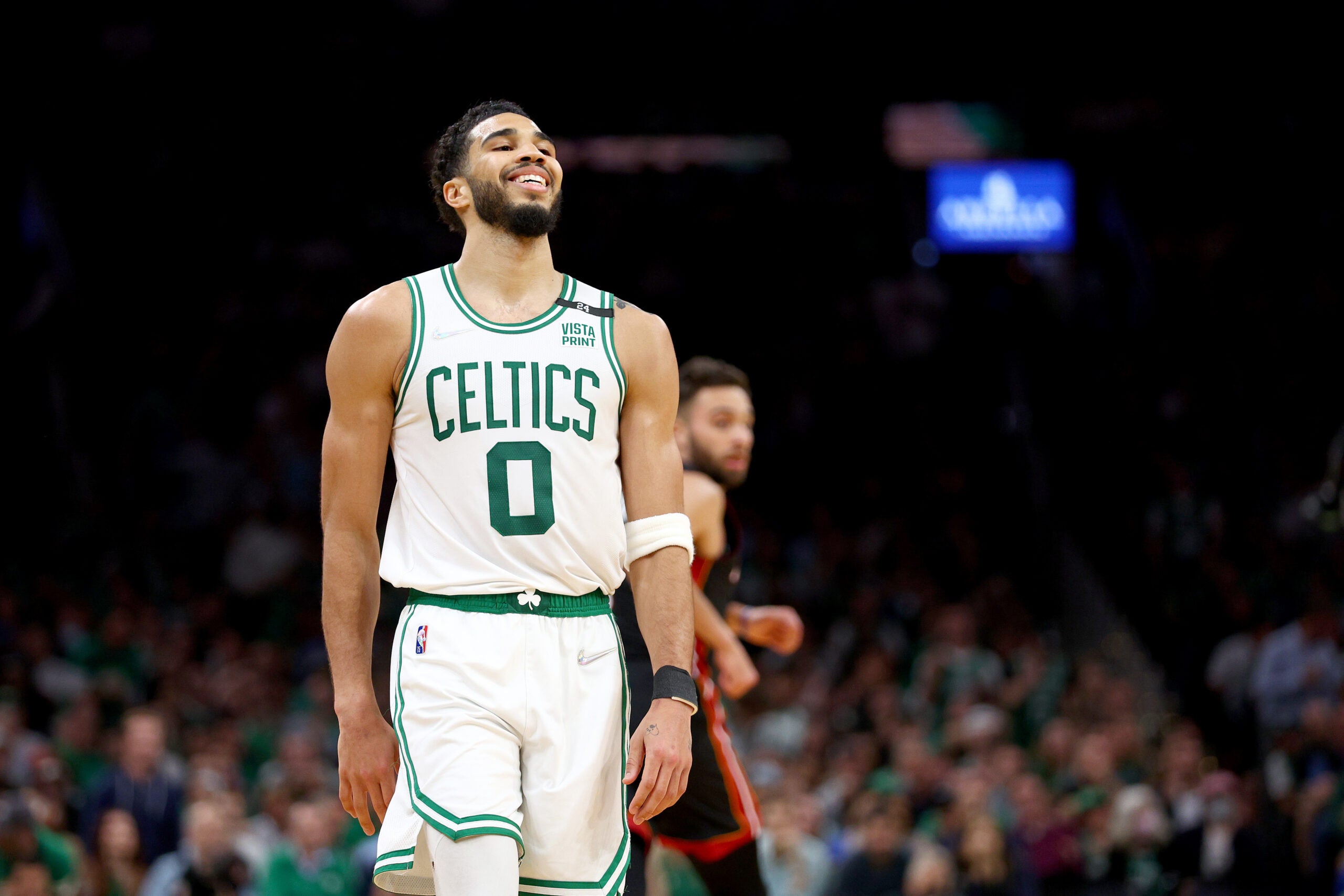 Here are the takeaways as the Celtics rolled over the Heat with a monstrous 102-82 victory that really wasn’t that close.

1. The Celtics finished with nine turnovers and a 20-point victory, even though they were shooting just 27-for-67 (40.3 percent) from the floor and 7-for-29 (24.1 percent) from 3 when they pulled their starters in the fourth quarter.

The Heat finished with 19 steals in their Game 3 win.

“I think we only had [3-4 turnovers] in the first quarter,” Ime Udoka said. “So taking care of the ball was huge, obviously, making them score in the half court as opposed to getting the run-outs that we aided them with last game.”

Sometimes, basketball is a complex game with complex explanations.

2. The Heat started the game disastrously — they barely cracked double figures in the first quarter (29-11) and were stuck on just one point until the 3:22 mark of the first quarter. After Victor Oladipo scored the team’s first field goal — a 3-pointer — they didn’t score again until there was 1:50 remaining.

The Celtics’ defense remains a monster when they keep the Heat from getting out in transition.

3. Udoka and multiple Celtics players noted that they need to play better after wins, as well as losses.

“I feel like that’s how our team is,” Robert Williams said. “We need to work on being better in that aspect. We shouldn’t have to get punched in the mouth to respond. That’s just my opinion.”

Udoka suggested that the Celtics took some things personally after Game 3.

“We have a prideful team, one of the best defensive teams in the league as well as individuals, and they heard some of the things that were said and took pride in those matchups,” Udoka said. “So came out with the right mindset but have to duplicate that Game 5 coming off a win as opposed to only when we lose it.”

4. Williams went to the bench in the third quarter limping a little bit, which is an ominous sign for a beat-up Celtics team that was already without Marcus Smart in Game 4.

Williams finished with a pretty standard stat line — 12 points, nine rebounds, two blocked shots in just 18 minutes — but his impact as a rim protector was enormous. Even Jimmy Butler was stymied at the rim by Williams’ length and athleticism, and after a huge Game 3, Bam Adebayo looked much less comfortable against Williams’ athleticism. On the other end, the Celtics stuck Williams in the dunker’s spot — an adjustment astutely noted by the Athletic’s Mike Prada. Doing so forced Miami’s defense (which lacks rim protection) to stay back and defend the Celtics’ drives around the rim, rather than allowing Adebayo to roam around in space where he’s comfortable.

“When they’re giving us reads, you’ve got to make the right play,” Williams said. “I don’t necessarily think it’s something the team is doing different. It’s just you can never take everything away. So when they give you the read, make yourself a play.”

The Celtics desperately need Williams healthy going forward in this series, but he was non-committal about his potential availability, although he said the knee “feels great, feels good.”

“We usually just wait until the next day to see if it’s swelling or anything,” Williams said. “Like I said, though, coming out of this game, no doubts in my head. I feel good for it.”

5. Jayson Tatum didn’t quite put the team on his back the way he did in Game 6 against the Bucks, but he got to the free-throw line 16 times and was rewarded with a tidy 31-point performance on 8-for-16 shooting from the floor despite a tough night from 3-point range (1-for-7).

“Tey are really crowding our guys on the perimeter, and sometimes you’re just going to have to break the play and be aggressive and get downhill,” Udoka said. “Did that from the start. Then they went to smaller lineups where they don’t have a lot of rim protection there, so we were really trying to get to the paint, attack. And obviously getting 14 or 16 free throws for him is huge.”

Tatum, who suffered a shoulder stinger on Saturday, bounced back after a putrid performance even though he still couldn’t find his shooting touch.

“I think I do a really good job of after I sleep it off, regardless if I have 10 points or 46 points, the next day is the next day, and whatever happened happened,” Tatum said. “I’m a big believer in you can’t change what happened.

“Last 48 hours have been cool, watching basketball, eat, just a normal day. Obviously I was ready to get back to play, but I didn’t doubt myself. I know how to play basketball. Regardless how many points I scored, just trying to come out and help us get a win. That was what was most important.”

6. Al Horford scored just five points and still put together a nice game — 13 rebounds and four blocked shots. In the playoffs, the Celtics have had plenty of injury issues, but Horford — the oldest player on the team by quite a bit — has remained consistently on the floor, and the Celtics are 10 points better when he plays, which is the highest total for any starter.