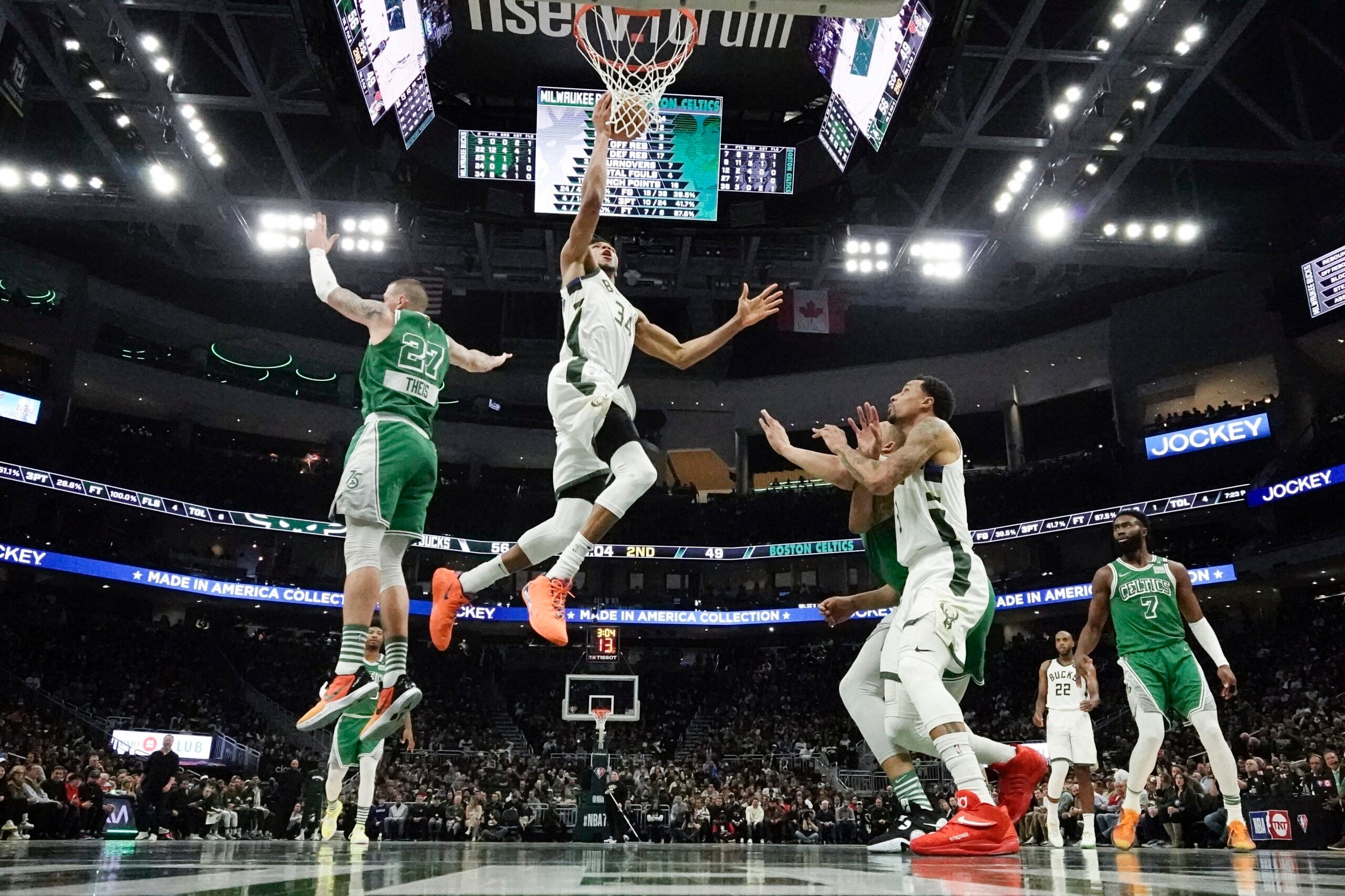 In perhaps the most highly anticipated conference semifinal showdown, the defending champion Bucks will take on the Celtics — the NBA’s hottest team since mid-January.

Here are eight stats that help explain a little bit more about the Celtics’ opponent in the semis.

2. Thanks in large part to Antetokounmapo, expect a healthy dose of drives to the paint — the Bucks shot 51.6 percent going to the rim during the regular season, which was second in the league. As we wrote on Wednesday, Robert Williams will be a key to this series as a deterrent when Bucks players work their way into the restricted area.

4. The Bucks gave up more 3-point attempts above the break than any team in the league by a wide margin at 31.5 per game (Jayson Tatum could have a big series — 32.8 percent of his triples came from above the break). Meanwhile, they gave up the seventh-fewest shots in the restricted area.

The Celtics have a better opponent shot profile — they allowed the second-most mid-range shots per game in the league and gave up the second-fewest shots in the restricted area.

5. The Bucks also allowed the most zero-dribble 3-pointers per game in the NBA during the regular season at 29.5. In other words, the Celtics — who were 14th in catch-and-shoot 3-point percentage at 36.2 — can expect to generate plenty of spot-up looks against the Bucks.

6. Here’s a weird one: During the regular season, the Bucks played the fewest clutch minutes of any team in the NBA, but they were phenomenal in those minutes — a net rating of +15.9, second only to the Suns’ absurd total of +33.4.

The Celtics, meanwhile, played the most clutch minutes of any team in the NBA and struggled mightily, with a net rating of -9.5, fourth-worst league-wide.

7. Jrue Holiday is having a career year as a shooter, but he remains turnover-prone to an extent — he coughs up 13.2 percent of his possessions. That’s 44th percentile among point guards, and Holiday has had turnover issues in the past. The Celtics don’t force quite as many turnovers as you’d think given their defensive numbers and their personnel (13.8 per game, 14th in the NBA), but they did harass the Nets into 15.3 per game in the first round.

8. Much like their series against the Raptors in 2019-20, a major key for the Celtics will be keeping the Bucks out of transition. Antetokounmpo in particular is a killer when he gets into the open court, and he does so often — 27.6 percent of his plays during the regular season came in transition, which made up 7.54 possessions per game at a healthy clip of 1.14 points per possession.

Building a wall helps, but beating Antetokounmpo requires a war of attrition. He’s going to score. The Celtics’ job is to make it difficult to do so.

We will see if they are up to the challenge at 1 p.m. on Sunday.