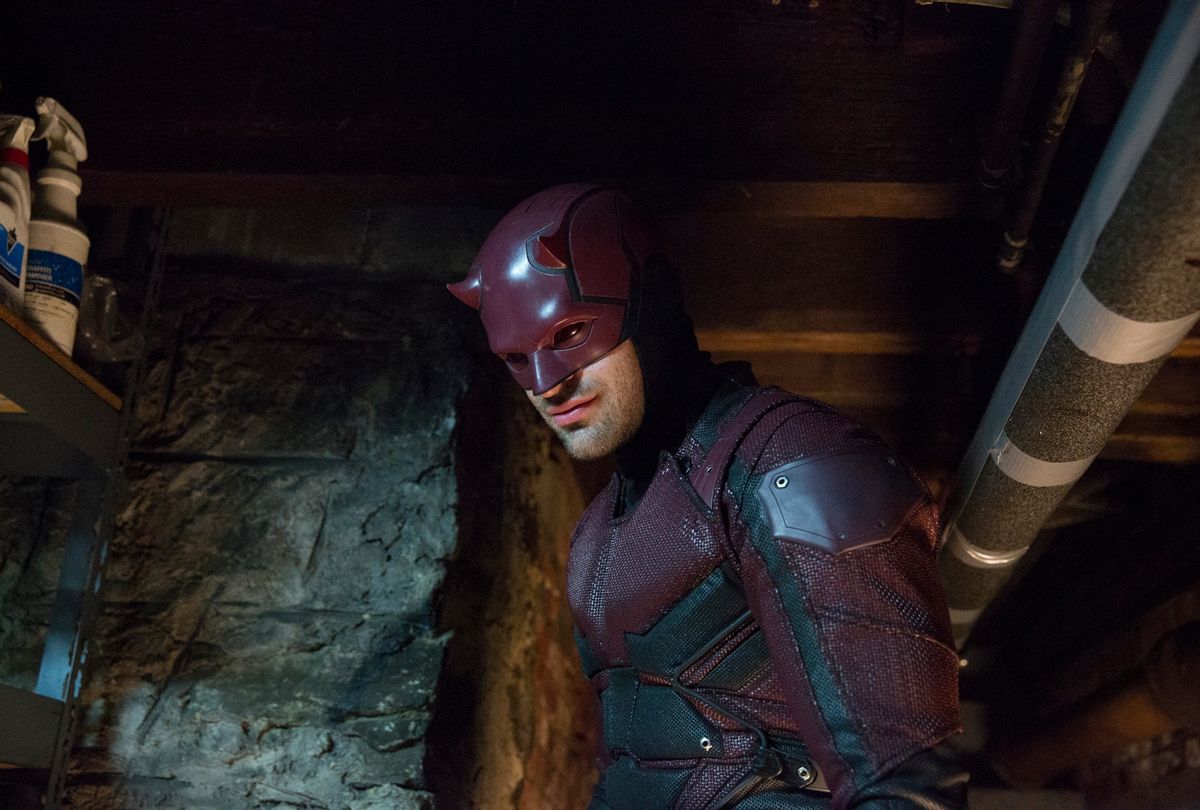 Well, Marvel fans, it looks like “Daredevil” will finally make its way back to streaming with new episodes. Since its cancellation in 2018 – thanks to the great Disney purge on Netflix in the wake of the company establishing their own streaming arm – fans have been clamoring to be returned to their beloved show.

When “Daredevil,” “Jessica Jones,” “Luke Cage,” “Iron Fist,” and “The Punisher” were brought under the Disney+ umbrella, it shook the Internet.

Everyone had expected Charlie Cox to reprise his role as Matt Murdock in a Marvel property outside of his own show. Prior to his appearance in “Spider-Man: No Way Home“ rumors had been flying about how he’d be introduced into the MCU. Kingpin’s inclusion in “Hawkeye” also raised eyebrows.

“The Defenders Saga’s” appearance on Disney+ was simply the icing on the cake. It changed the game because the streamer brought TV-MA content to its heavily family friendly platform. And, while this understandably ruffled feathers considering the “Lizzie McGuire“ revival had been axed for being “too mature,” (Justice for Lizzie!) it also ushered in a new era.

So, the report from Variety announcing that a “Daredevil” series is being developed at Disney+ shouldn’t come as too much of a surprise to fans who’ve been paying attention. We will, however, note that the announcement didn’t come from the streamer or Marvel Studios (their reps don’t comment on projects in development).

Variety has learned this news through sources. According to their report, Matt Corman and Chris Ord have been tapped to write and executive produce the series. They’re known for their work on “Covert Affairs,” “The Enemy Within,” “The Brave,” and “Containment.”

Will Charlie Cox play Daredevil in the Disney+ series?

Charlie Cox is the face of the character in the MCU thanks to his cameo in the last “Spider-Man” movie. Remember, Feige said at the end of 2021 that Cox would reprise his role. It’s clear he didn’t mean in a simple cameo, Cox’s Matt Murdock is here to stay.

The big question is whether or not the story that had been told on Netflix will be continued on Disney+ or if we’ll be charting a new path with the streamer’s show.

There have been rumors that both Matt Murdock and Jessica Jones could make an appearance in the upcoming “She-Hulk” series set to debut on August 17. Considering Jennifer Walters is a lawyer, we could definitely see a cameo from Charlie Cox and Krysten Ritter in the cards.

If Ritter does make an appearance, we’ll be keeping our eyes peeled for “Jessica Jones” revival news coming down the pike.

Will the Disney+ Daredevil series be TV-MA?

However, if we’re charting a new path, does that mean Disney+’s Daredevil will be TV-MA? Yes, “The Defenders Saga” retained its mature rating, however, the Disney+ original Marvel series have only gone as high as TV-14.

We’re of the mind that an exception will be made for Daredevil considering its brand. All of the Netflix Marvel shows contained mature content, for some fans that was part of the appeal. We doubt Disney+ is going to try to rebrand “Daredevil” this late in the game. However, they may still curb some of the show’s violence. After all, they’re not Netflix and the House of Mouse is walking a thin line even with parental controls.