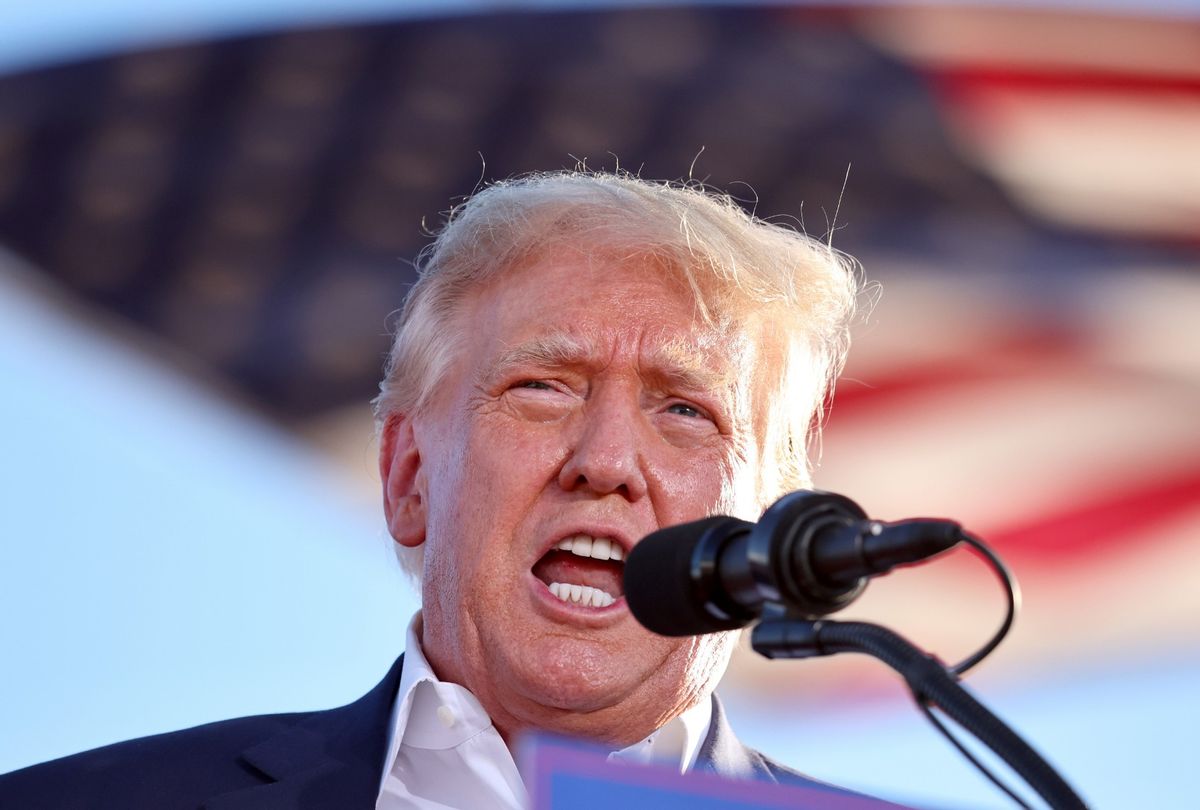 Just hours after Arizona Republican Party Senate nominee Blake Masters was declared the loser in his bid to unseat Sen. Mark Kelly (D), Donald Trump raged on his Truth Social media platform that there needs to be a do-over election.

Kelly’s win, with the U.S. Senate seats in Nevada and Georgia still to be decided, appears to lock up Democratic control of the chamber and the Masters’ loss is another blow to the former president who threw his whole-hearted support behind the GOP nominee.

With that in mind — on the evening before his youngest daughter’s wedding at Mar-a-Lago — Trump accused election officials in Arizona of being idiots and of being “corrupt” despite the fact that many of them are Republicans.

“Idiot, and possibly corrupt, officials have lost control of the tainted Election in Arizona,” he wrote. “MACHINES BROKEN IN REPUBLICAN AREAS. A NEW ELECTION MUST BE CALLED FOR IMMEDIATELY!”