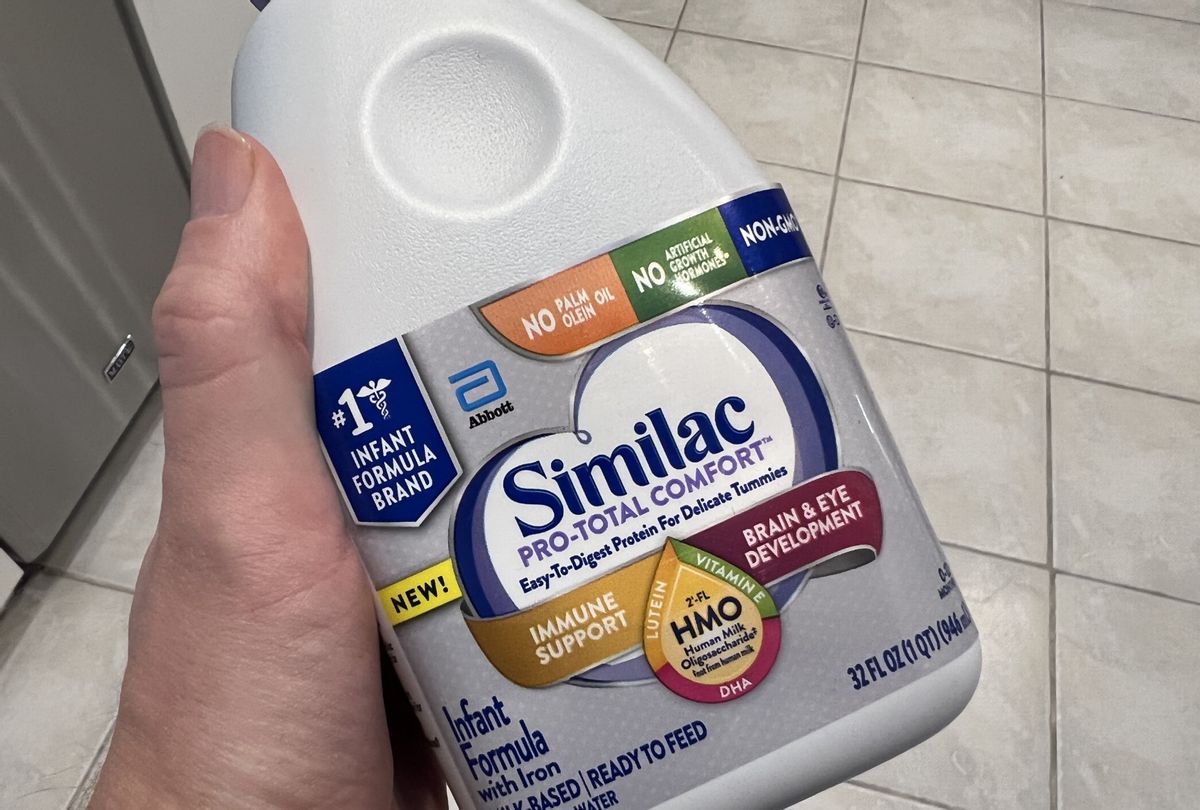 Financial documents and whistleblower testimony spotlighted by The Guardian on Friday show that the U.S.-based baby formula producer Abbott used the massive windfall profits it accumulated between 2019 and 2021 to enrich shareholders, even amid a deadly bacteria outbreak that has triggered nationwide outrage and contributed to a formula shortage.

“Abbott detected bacteria eight times as its net profits soared by 94% between 2019 and 2021,” The Guardian‘s Tom Perkins reported. “And just as its tainted formula allegedly began sickening a number of babies, with two deaths reported, the company increased dividends to shareholders by over 25% while announcing a stock buyback program worth $5 billion.”

Rakeen Mabud, chief economist at the Groundwork Collaborative, told the newspaper that “Abbott chose to prioritize shareholders by issuing billions of dollars in stock buybacks instead of making productive investments.”

“It’s important that we have high standards for something as vital as baby formula,” Mabud added.

In late February, Abbott recalled a lot of its Similac PM 60/40 powdered formula that was manufactured at a plant in Sturgis, Michigan after an infant who consumed the product died of a cronobacter infection. According to the Centers for Disease Control and Prevention, at least four infants fell ill after consuming Abbott formula produced at the Sturgis facility, which has since been temporarily shuttered.

Abbott, which has faced a Justice Department complaint and scrutiny from federal regulators, insists that “there is no conclusive evidence to link Abbott’s formulas to these infant illnesses.” A whistleblower filing dated October 19, 2021 suggests the bacteria outbreak was caused by equipment at the Sturgis plant that was “failing and in need of repair.”

“A number of product flow pipes were pitting and leaving pin holes,” the complaint reads. “This allowed bacteria to enter the system and, at times, led to bacteria not being adequately cleaned out in clean-in-place (‘CIP’) washes. This, in turn, caused product flowing through the pipes to pick up the bacteria that was trapped in the defective areas of the pipe.”

A footnote of the whistleblower document states that the “complainant was advised by an operator that leadership at the Sturgis site was aware of the failing equipment anywhere from five to seven years from the [bacteria outbreak] occurring.”

The outbreak at the Sturgis facility—the largest baby formula plant in the U.S.—has exacerbated a nationwide baby formula shortage and, according to experts and progressive critics, spotlighted the dangers of corporate consolidation.

Abbott produces 43% of all baby formula in the U.S., and four companies—including Abbott—control roughly 90% of the nation’s formula market. The concentrated industry has lobbied aggressively to weaken bacteria testing standards.

Earlier this week, Sen. Ron Wyden (D-Ore.)—the chair of the Senate Finance Committee—launched an investigation into Abbott’s tax practices, specifically “whether the company used its windfall from Republicans’ 2017 tax cuts to enrich executives and shareholders, rather than ensure the safety of the manufacturing plant that produces infant formula.”

“I have long been concerned that windfalls from sweeping tax cuts for mega-corporations enacted by the 2017 Republican tax law would be used for padding the pockets of corporate executives and wealthy shareholders,” Wyden wrote in a letter to Abbott’s CEO on Wednesday.

“It appears my concerns have been validated in this case,” the senator added, “as Abbott chose spending billions on buying back its own stock instead of investing in critical upgrades to a plant essential to feeding our nation’s infants.”