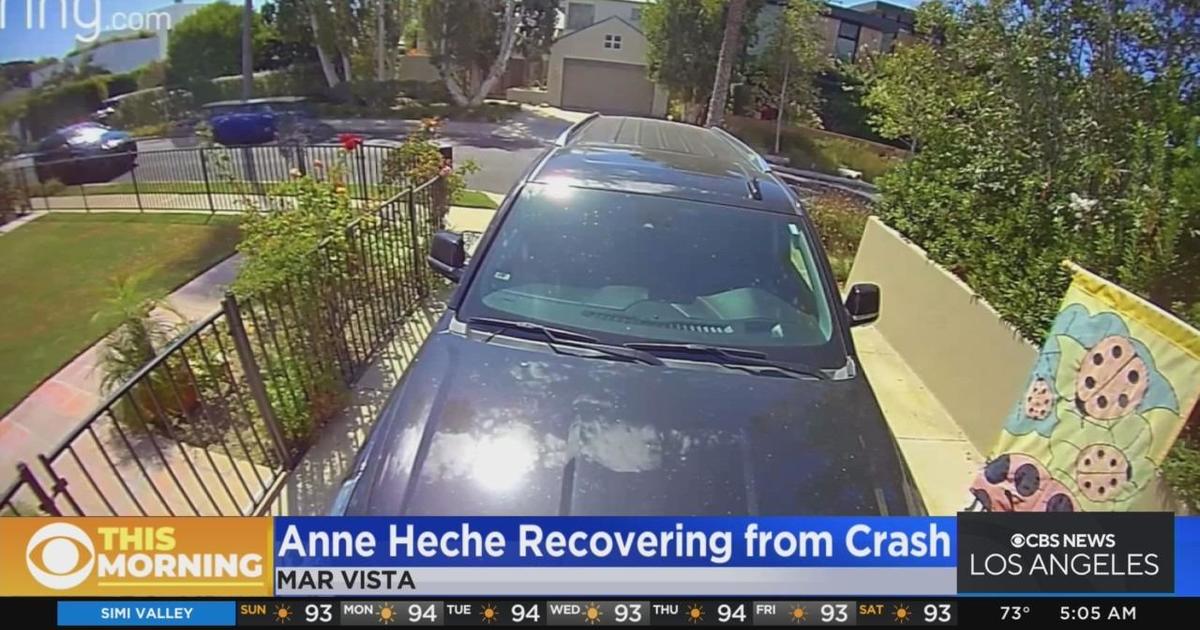 Actress Anne Heche remains hospitalized in an intensive-care unit Sunday after crashing her car into a home in Mar Vista.

On Friday, a doorbell camera caught Heche’s car allegedly speeding down a road before the crash. Minutes later, she slammed into a home which went up in flames. A woman living in the house was trapped. She was uninjured, but told CBS2 she “lost everything.”

Heche has not charged but police say she was allegedly doing twice the legal speed limit.

Witnesses say Heche crashed her car into a garage minutes before she hit the house. CNN reports that a source close to Heche said the actress was badly burned and has a long recovery ahead.