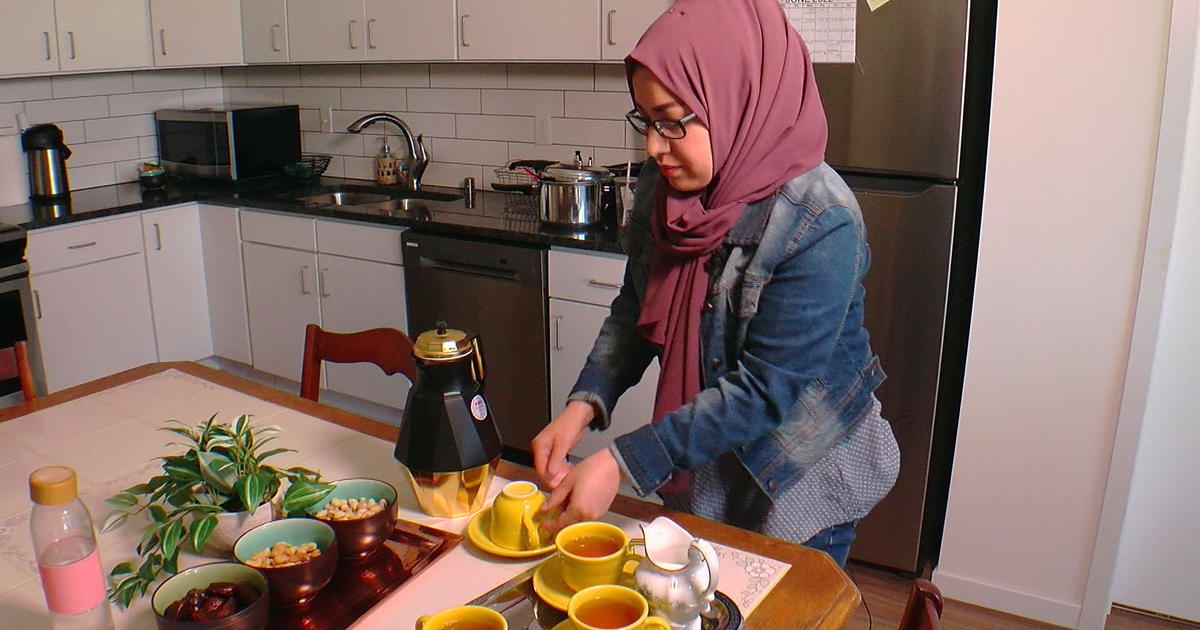 MINNEAPOLIS — More than 1,200 Afghan refugees have resettled in Minnesota since last fall. And now, some of them face difficult questions about where they’re going to live and how they’re going to pay for it.

Haisnit has three months remaining on her six months of rental assistance. She says she’ll likely have to move out of her Minneapolis apartment.

“My worry is that that’s not enough time for me to stand on my feet and be able to support myself,” Haisnit said through a translator.

She is in Minneapolis after leaving her Afghanistan home with her mother and teenage brother. Eight siblings are still there, a fact that weighs heavy on her.

Haisnit spends her days working to learn English. On weekends, she volunteers drive her to a rehabilitation facility to visit her mother, who was paralyzed in the Kabul airport bombing last year that killed 13 American troops and about 170 Afghans.

Haisnit wants to go to school to become a nurse, but she knows finding a job and a cheaper apartment may be her only option.

“I have the problem of caring for my mom and I need a lot of help, so I’m hoping that some organization or some people can help,” Haisnit said.

ZACAH is an organization that helps distribute rental assistance money to Afghan refugees. It works with about 100 families.

“We’ve now started hearing from a lot of families that are either at immediate risk of eviction or are looking at eviction in the very near future,” said Yusra Murad, a volunteer with ZACAH.

Murad says at least 16 families have reached out for help. The total number of refugees possibly facing eviction is unclear.

Minnesota’s Department of Human Services, which oversees resettlement, wasn’t immediately able to provide an answer. It gave WCCO this statement:

Afghan arrivals in Minnesota came here after fleeing for safety, a traumatic evacuation out of Afghanistan, a prolonged stay at safe havens across the United States and, in most cases, another transitional housing situation in Minnesota before securing a place to call home and rebuilding wellbeing for their family.

Finding stable housing is a difficult process that takes resources and time – sometimes more time than typically allowed by federal rules. While many Afghan families secured employment and are economically self-sufficient, high housing costs are a challenge for all low-income families.

The Minnesota Department of Human Services is working with federal and local partners to identify gaps and resources that may be preventing Afghan families from finding suitable housing.

Federal resources have been allocated to Minnesota to help bridge this gap and DHS is working with community partners to implement services and supports leading to long-term housing stability. We are working to meet this challenge of affordable housing, whether or not the federal government can extend rental assistance.

Resettlement agencies that partner with the state report positive results from the families they’ve worked to help. Ben Walen, the director of refugee services with the Minnesota Council of Churches, gave WCCO this statement:

“Since September 2021, MCC has welcomed and served nearly 275 Afghan evacuees, over 60 households.  Many have now reached the end or are beyond their 6 months of rent support, and nearly all households who have reached that juncture are employed and earning enough through employment to cover their ongoing expenses, including rent. None of our clients are facing eviction. MCC continues to serve the few households who are unable to fully support their expenses by helping them access supplemental financial and/or employment resources, and we’re assisting several households in identifying and securing new housing at the end of their first lease.

The escalating cost of housing has strained the budgets of families across Minnesota, and it has certainly made the path to self-sufficiency more difficult for refugees and evacuees. It has required more initial resources for housing and basic needs to allow families to get on their feet. But our experience in this response has been that nearly all of the Afghan families we have worked with have secured employment and are earning enough to make ends meet.  The resourcefulness and resiliency of those we serve is inspiring!

Jane Graupman, the executive director of the International Institute of Minnesota, gave this statement:

The 207 Afghan refugees the Institute resettled all have housing. None of our clients are being evicted and all of the adults received employment placement. The Institute’s goal is for our clients to achieve self-sufficiency. Our refugee resettlement and housing teams do an excellent job of staying in touch with and assisting our clients to make this happen.

John Meyers, the director of refugee resettlement with Catholic Charities of Southern Minnesota, says they resettled 20 families, and of the 18 still in the area, all of them have at least one people working and can afford their lease. None are facing eviction.

There are many ways to help Afghan families, including donating basic necessities, furniture or school supplies.

People with employment opportunities or a living space to offer can make a difference as well.

Reach out to [email protected] if you would like to help.

David joined the WCCO team in April 2020, previously working at CBS 58 in Milwaukee. Prior to that, he worked in Las Vegas. While there, David covered several stories in the national spotlight, including the October 1 mass shooting and political visits from President Barack Obama and candidates Donald Trump and Hillary Clinton.