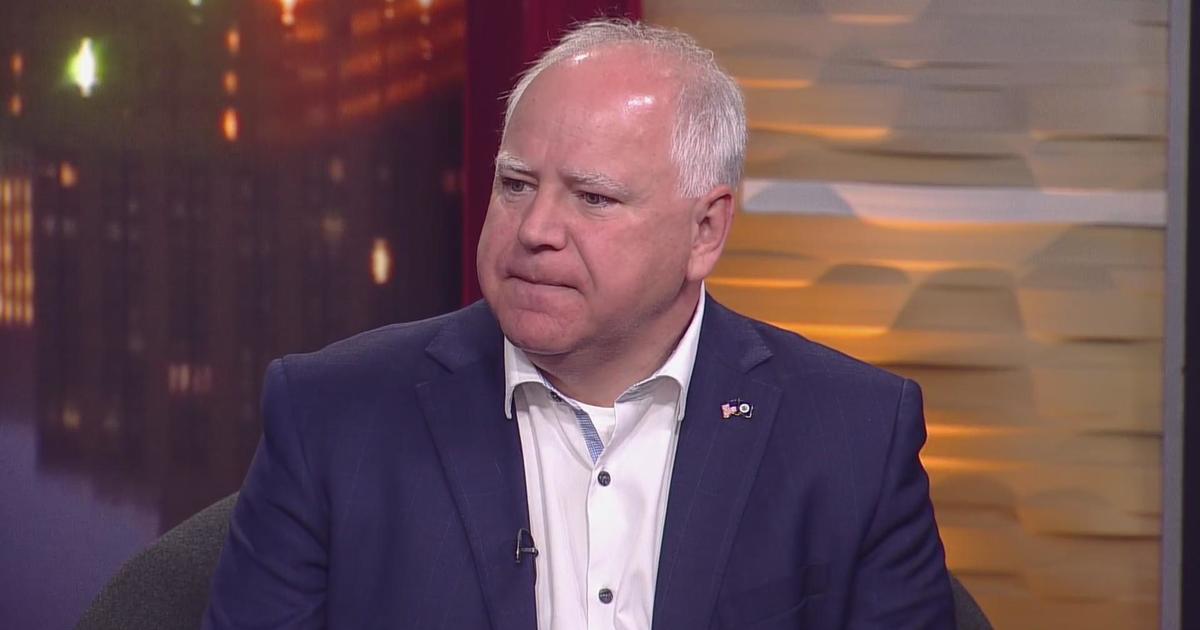 MINNEAPOLIS — Gov. Tim Walz is reviving and doubling down on his Walz checks proposal, saying he now wants to give families back $2,000 and individuals back $1,000 from the record surplus. This comes after talks for a deal with the GOP collapsed late last week.

“It would be a 15-minute special session, a one-page bill … It’s about $2,000 a family,” the governor said. “The biggest thing we can do to improve the quality of life of Minnesotans right now is to put the money back in their hands.”

Hope for some kind of a break from state government vanished late last week as talks between the governor and Republican and Democratic state leaders collapsed.

In tonight’s Talking Points, Esme Murphy looks at a whole lot of your money that is left on the table

You have been hearing talk of an astronomical state surplus for months now, and you have all also been hearing about some of the proposals to give the money back to taxpayers.

First there were proposals for Walz checks in the amount of $500 for individuals and $1,000 per couple. Then there was supposed to be a giant tax deal, for $4 billion, that would have been the biggest tax cut in state history. That deal included the elimination of all taxes on social security income. Minnesota is one of only twelve states that currently taxes social security payments.

But talks on how to give taxpayers a break at a time when they really need it collapsed late last week. Republican Senate Majority Leader Jeremy Miller said he can’t agree to the DFL spending plan, which includes $1 billion for education, a billion for health care and human services, and $450 million for public safety.

Taxpayers are bound to be disappointed and even angry with elected officials for not reaching a deal. And taxpayers will get their chance to weigh in in November. Walz is up for reelection, and so too once again is the entire Minnesota House and Senate. Both Walz and Miller were guests on WCCO Sunday Morning.

“At the end of the day the spending priorities were just different between Republicans and Democrats and ultimately and unfortunately we could not reach an agreement,” Miller said.

The latest poll in the governor’s race shows Walz in a statistical tie with his Republican challenger Dr. Scott Jensen. Legislative races, because they can turn on a handful of votes, are harder to forecast. Control of both the Minnesota House and the Senate this November rests on just a handful of seats, and control of both those bodies will likely be determined by voter turnout.

Esme Murphy, a reporter and Sunday morning anchor for WCCO-TV, has been a member of the WCCO-TV staff since December 1990. She is also a weekend talk show host on WCCO Radio. Born and raised in New York City, Esme ventured into reporting after graduating from Harvard University.