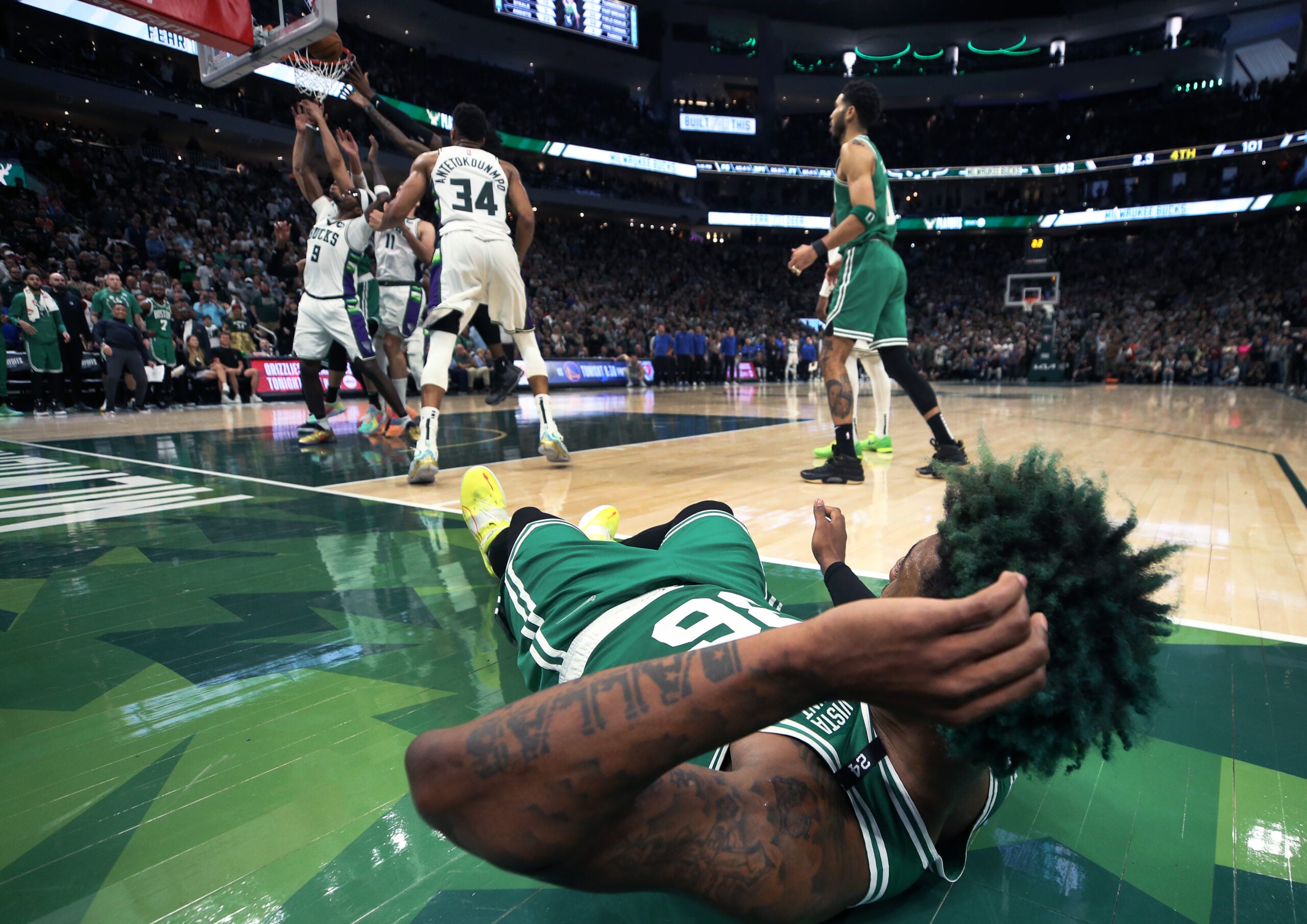 After coming back to take the lead from a 13-point fourth-quarter deficit, the Celtics found themselves trailing by three with 11.2 seconds to go.

The Celtics weren’t able to find a clean look to try and tie the game. Instead, Marcus Smart got fouled before he put up a shot with 4.6 seconds left. Smart made the first free throw, which led to the Celtics having to make a big decision: Do you miss the free throw and try to get the offensive rebound to tie the game or do you make it and try to force the Bucks to make their free throws on the other end?

Boston chose the former, placing Robert Williams in the game for Jaylen Brown and had Grant Williams lined up in the other offensive spot. Smart missed the free throw, and actually got his own miss. But his follow was short. Robert Williams got the miss, but his putback was too strong. Al Horford, who was initially behind the 3-point line, got Williams’s miss. His original putback nearly went in, with the ball hanging on the rim for a moment. Horford got his own miss, tipping the ball in with his right hand.

It was too late, though. The ball was still on Horford’s hand when the buzzer went off, giving the Bucks the Game 3 win and a 2-1 series lead.

If the shot counted, it would’ve been fitting for Horford considering the performance he had in the fourth quarter. He scored 12 points in the final quarter, giving him 22 on the day along with 16 rebounds and five assists.