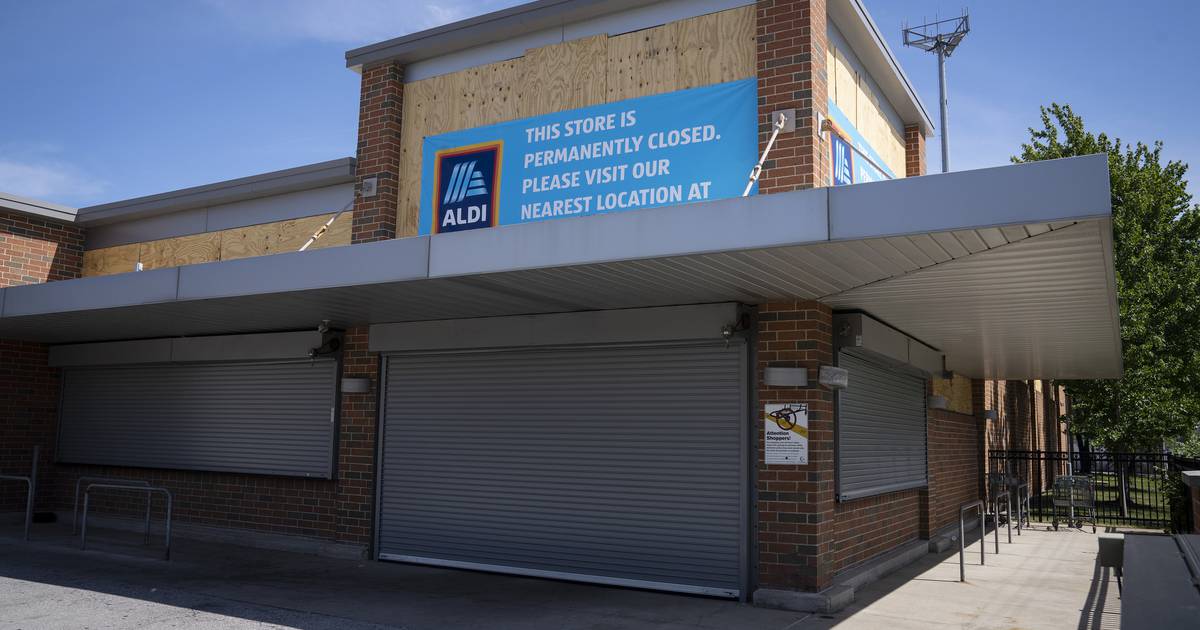 An Aldi in Auburn Gresham is the latest South Side supermarket to be shuttered by a corporate grocer.

“We do not take the closing of this location lightly,” Aldi said in a statement Monday. “Our decision was based on several factors, including repeated burglaries and declining sales. Out of concern for our employees and customers, keeping this store open was no longer a sustainable option.”

“We look forward to continuing to serve customers at one of our many stores nearby,” the company said. It provided a list of stores that are located over two-and-a-half miles away from the Auburn Gresham location.

A Walmart Neighborhood Market is located just north of the former Aldi on South Ashland Avenue. A Food 4 Less location is about a mile away.

Aldi said it had given all employees at the Auburn Gresham location the opportunity to work at other locations “in the immediate area.”

This isn’t the first location Aldi has closed in a historically disinvested neighborhood on Chicago’s South and West sides. The company also closed a location in West Garfield Park in 2021. Earlier this year, aldermen authorized the city to purchase that property for $700,000.

The Gresham closure also comes just a couple of months after Whole Foods announced it was closing its Englewood location, news that came as a gut punch to the neighborhood. The Whole Foods had opened to much fanfare in 2016, when it was heralded as an attempt to bring high-quality groceries to a neighborhood that had long struggled with inadequate access to healthy food.

The city’s sale agreement with the Englewood site’s developer requires a full-service grocery store to be up and running in the Englewood Square development within 18 months of the store’s closure. In a May interview with the Tribune, the site’s developer, Leon Walker of DL3 Realty, said he was in conversations with “several” local grocers and a couple of national ones regarding operating at the Whole Foods site.