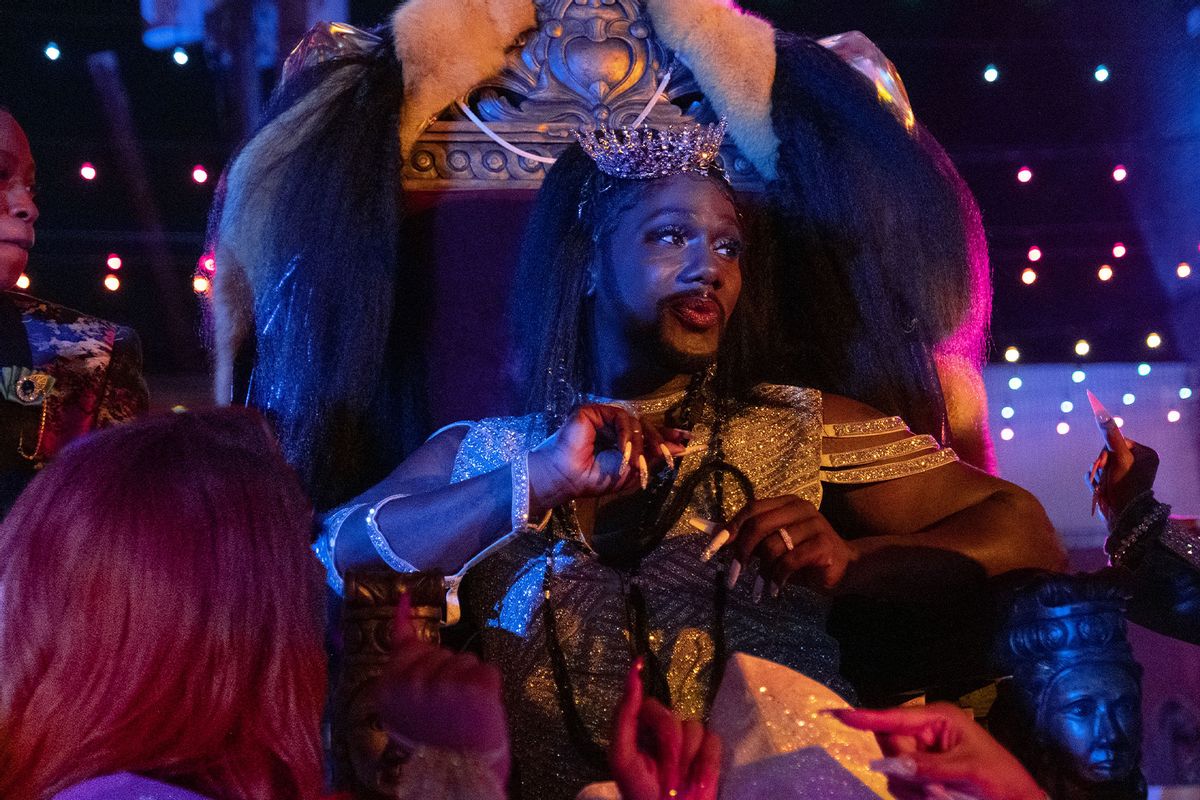 Recently “P-Valley” took us for an all-skate into Uncle Clifford’s 40th birthday party, a makeshift Xanadu set up somewhere in Chucalissa or parts nearby.

Clifford’s friends brought her to this temporary paradise in a car trunk after kidnapping her from her grandmother’s house, and given the high level of tension flooding this Mississippi Delta town, to say nothing of cable TV’s penchant for violence, this heist could have ended terribly.

But Katori Hall, the weaver of this beautiful broken-down patch of the dirty South, knows better than that this. She created Uncle Clifford as a non-binary vision, masculinity and femininity in flawless balance, and all gravitational pull. Fittingly, once she’s introduced to her friends and dressed in vestments appropriate to her station, Uncle Clifford is seated on a throne in the center of the party, orbited by the galaxy of extraordinary queerness.

RELATED: The “Queer as Folk” reboot does a kindness to New Orleans’ imperfect real-life queer scene

While “P-Valley” centers on the dancers at the Pynk, the strip club, and the thumping heart of the night scene in Chucalissa, Hall establishes Clifford as the divine source of its appeal. Hall introduced the character and the actor playing her, Nicco Annan, in her 2015 play “Pussy Valley” casting Nicco Annan to play her. (Annan uses he/him pronouns, while the character uses she/her.)

Uncle Clifford is a non-binary vision, masculinity and femininity in flawless balance, and all gravitational pull.

Considering the galvanizing, flamboyant figure that Uncle Clifford cuts in the series, it’s a wonder that one stage was enough to contain her back then.

And in a second season that’s a touch less disciplined in the organization of its storylines than the show’s impeccable first, Uncle Clifford is the character that makes sense of a world that’s increasingly losing its sanity.

“P-Valley” is one of the few dramas on right now that acknowledges the bludgeoning impact that the COVID-19 pandemic has had on Black communities in the deep South, especially cities that aren’t Atlanta, Tampa, or Orlando.

Chucalissa is fictional, but the struggles of Mercedes (Brandee Evans), Keyshawn (Shannon Thornton), and Autumn (Elarica Johnson) feel real to anyone who relies on their bodies and health to earn a living. To people whose entrepreneurial plans were blown up by a virus that emptied out the streets, it’s everything that makes their night sleepless, only bathed in pink and periwinkle neon lighting. 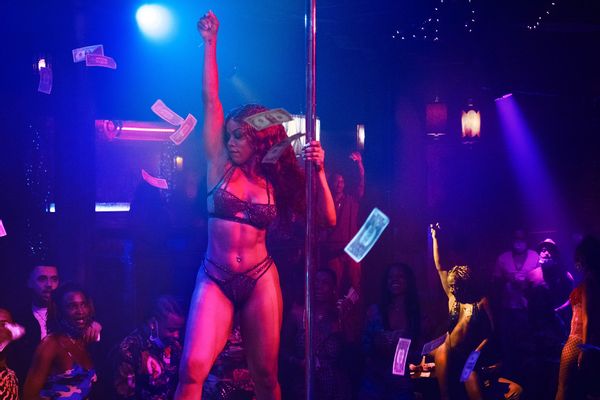 The Pynk’s main building is closed in the season premiere, but Uncle Clifford manifests a makeshift car wash as a placeholder, the setting for the highly stylized pole-dancing feats that launch the new season.

Uncle Clifford is in the thick of it too, making the world sparkle nevertheless and keeping order with her never-ending set of rules. Masks are mandatory in The Pynk; ones with rhinestones are optional but recommended because why try to stay alive otherwise?

Put all of these accessories together – her sparkling talons, glossy wigs, and immaculately shaped facial hair – and you have an incarnation of Black queerness not seen anywhere else on TV.

The mainstream picture of what that looks like has been locked down by RuPaul Charles, a performer who’s constantly shifting between men’s suits and operatic arias shaped into floor-length couture gowns. As the host of “RuPaul’s Drag Race,” he wrangles an array of divas slipping between personas as he does.

All the while Uncle Clifford is constantly herself, whether she’s at home with her grandmother (Loretta Devine) or dressed to kill in funerary-appropriate chartreuse for a quick drop-in to snag some chitlings from the repast. As the sun shines, she generates the hypnotic mirage bathing “P-Valley” in glamour, anchoring The Pynk in protection respected by her establishment’s cisgender male patrons. Uncle Clifford is a taskmistress, but she minds her dancers less in the way of a madam than a mother hen.

“P-Valley,” along with the feature film “Fire Island” and the “Queer As Folk” reboot are among the very few shows depicting non-white queer people as part of a city’s fabric.

She’s also the representational nexus for the sexual fluidity spicing this season’s scripts. Indeed, this show is one of the few I’ve seen on a major premium cable network featuring more than one or two Black gay male characters, each extensively developed and complex.

Uncle Clifford’s secret romance with hypermasculine rapper Lil’ Murda (J. Alphonse Nicholson) remains a core subplot in this new season, but they’re not the only queer couple we see in Chucalissa or places beyond. They are, however, a singular vision in a TV landscape where “Pose” carried the banner for non-white gay and trans representation until it ended.

“P-Valley,” along with the feature film “Fire Island,” “Love, Victor,” the “Queer As Folk” reboot are among the very few shows depicting non-white queer people as part of a city’s fabric as opposed to outliers in a sea of whiteness or pariahs. Chucalissa may be a small place where everybody knows and either loves or puts up with nearly everyone else, but in New Orleans, where Murda and Keyshawn stop on their big tour, it’s Big Freedia, the Queen of Bounce, who introduces them.

Of course, soapiness still drives “P-Valley,”  along with the dancers’ aerial daring, lit and edited to resemble high art with a soundtrack of clacking heels and the painful screech of flesh on chrome. These, combined with each scene’s crisp, tart dialogue, keep it fresh and entertaining in ways that making it incomparable to much else on TV.

But Hall’s unique mastery of the female gaze, a vision that casts the world as a place that appreciates someone like Uncle Clifford, is worth hailing. She still makes “P-Valley” fantasy to be appreciated by everyone, one whose story is slick with sweat, dirt, and blood. But in an increasingly hostile world, Uncle Clifford and The Pynk posse remind us that there are still places in the world rich with welcome.