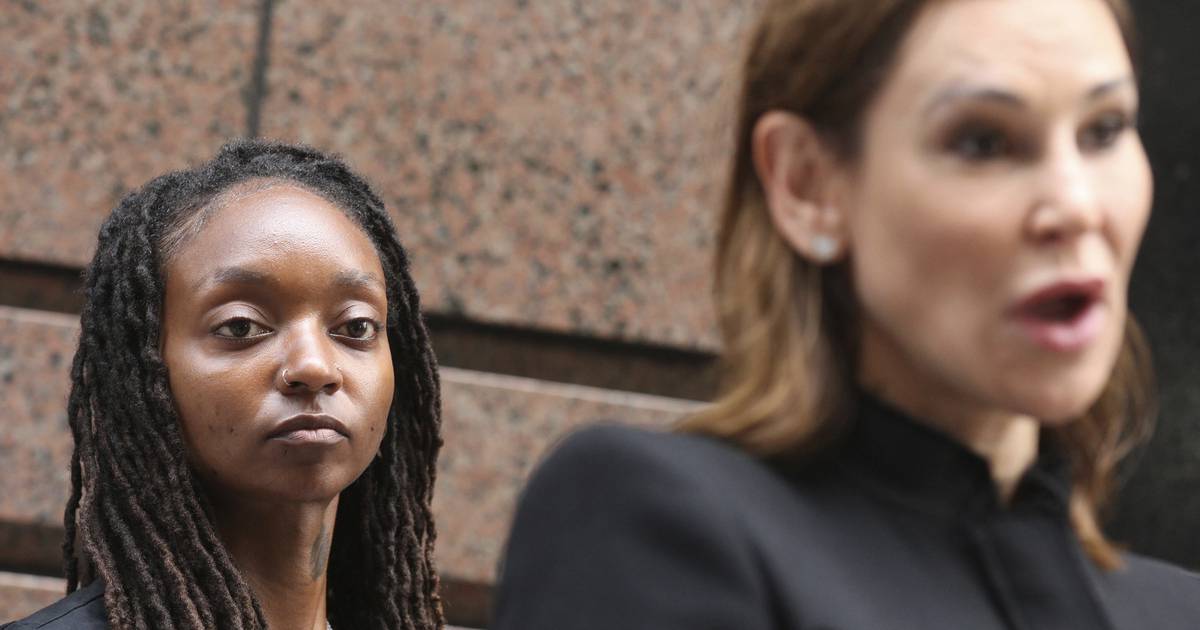 Twenty-six workers at an Amazon facility in Joliet have filed complaints with the U.S. Equal Employment Opportunity Commission alleging a racist workplace environment and retaliation against an employee who spoke up, their lawyer said Wednesday.

Workers filed the complaints with the EEOC this week and are hoping their claims can be evaluated as a class, according to attorney Tamara Holder, who said complaints from additional workers would be filed soon.

At a news conference Wednesday, former Amazon employee Tori Davis said she raised concerns about Amazon’s handling of a racist death threat workers allege was scrawled on a bathroom wall at the warehouse in late May. Davis, 34, said she was fired after telling Amazon she would take legal action if the company did not address her and her co-workers’ concerns.

The complaint filed with the EEOC, provided by Holder, includes images of two messages using the N-word allegedly written on the wall in the women’s bathroom. One says “(expletive) gonna die,” while the other refers to “these (expletive) at MDW2.” MDW2 is the name of the Amazon facility where the employees represented by Holder work.

Davis, who worked at the facility training new employees, said on the day the death threat was discovered, she left work without pay after word of the threats spread throughout the facility.

“We had to make a choice of do we stay and make money and be able to pay our bills on the first, or do we go home and be safe,” said Davis, who is Black. “And that’s not right.”

According to the complaint, Amazon sent a text communication to workers the night after the graffiti was found, saying law enforcement had investigated the graffiti and “did not identify threats to the site’s safety.”

In a statement Wednesday, Amazon spokesperson Richard Rocha said the company “works hard to protect our employees from any form of discrimination and to provide an environment where employees feel safe.”

“Hate or racism have no place in our society and are certainly not tolerated by Amazon,” Rocha said.

He did not respond to questions from the Tribune about the workers’ allegations or the reasons for Davis’s firing.

The complaints filed with the EEOC also allege the company has allowed white employees at the Joliet facility to wear Confederate flag attire at work, including outfits consisting of “leather boots with a Confederate flag shaft, and a shirt with the Confederate flag prominently displayed across the back and arms.”

“There is no sign more serious and more terrifying than a death threat in a workplace where white workers are allowed to wear Confederate flag outfits with impunity,” Holder said, noting the death threats came shortly after a racist mass shooting at a Buffalo grocery store where 10 Black people were killed and before the July 4 mass shooting at a parade in Highland Park.

“We have truly reached a low point in America where we have to go to work in fear that we may not come home to our families,” Holder said.

Patrick French, an Amazon employee in Joliet who said he had worked for the company more than a year-and-a-half, said that when he heard about the death threats, he was most concerned about the well-being of his girlfriend and his uncle, who were also working at the facility. He wants Amazon to provide more safety, he said.

“It is a good job. It’s got good opportunities,” said French, 20. “Amazon, it just lacks in certain areas.”

Davis, who is appealing her termination with Amazon in an attempt to get her job back, said she would like to see more safety protocols at the Joliet facility as well as a representative for Black workers at the site. Davis said she started working there in November 2021.

Nicole St. Germain, a spokesperson for the EEOC, said federal law prohibited the agency from confirming or denying the existence of any complaints.

St. Germain said that after complaints are filed with the EEOC, the agency begins an investigatory process to determine if a company has violated federal law. If the EEOC determines a company has acted illegally, it can seek monetary compensation for individuals or class members and punitive damages against the company. It can also seek injunctive relief, such as requiring trainings or other changes in the workplace.