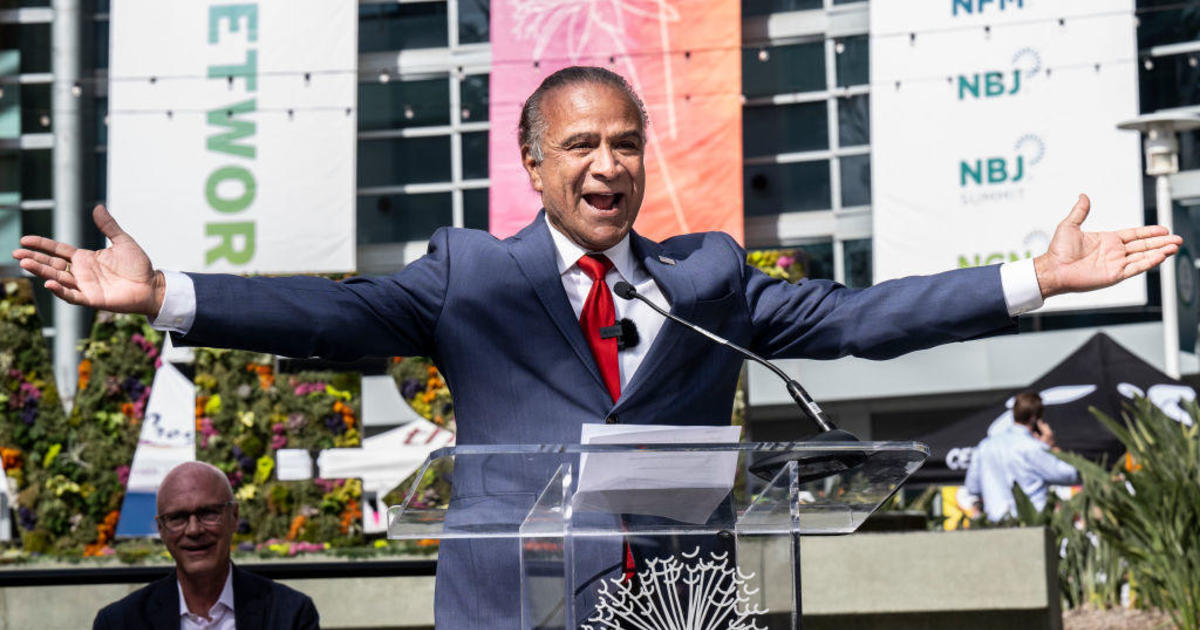 Anaheim Mayor Harry Sidhu resigned amid allegations he fed insider information to the Los Angeles Angels in the proposed sale of Angel Stadium in the hopes of a substantial campaign donation as well as cheating on sales taxes for a helicopter he bought.

“I’m thankful to the Mayor that he decided to act in what I perceive is the best interest of the community,” said Anaheim Mayor Pro Tem Trevor O’Neil. “My hope is that we can have a mutual reset with the team on working on something new.”

The FBI says it has a secret telephone recording of Sidhu soliciting a payment of $1 million to finalize a deal to sell Angel Stadium to Los Angeles Angels owner Arte Moreno’s development company. He has also been accused of leaking confidential information about the sale to the team.

“Even if the mayor has resigned, the FBI isn’t going to go away,” said former federal prosecutor Scott Tenley. “It might turn down the heat that’s facing the mayor because he’s under such a great public criticism from the city council and others — but the investigation will continue until its end.”

Sidhu’s attorney released a statement Monday saying, Sidhu “has always, as his foremost priority, acted in the best interests of the city of Anaheim, and he does so today.”

“In order to continue to act in the best interests of Anaheim and allow this great city to move forward without distraction, Harry Sidhu has resigned from his post as mayor effective May 24, 2022,” Meyer said. “Meeting the needs of the community has been and will always be Harry Sidhu’s top priority.”

Meyer continued by saying, “fair and thorough investigation will prove that (Sidhu) did not leak secret information in the hopes of a later political campaign contribution.”

Rather, Sidhu’s “unwavering goal from the start has been to keep the Angels in Anaheim, so that this vibrant social and economic relationship would continue.”

The city Monday confirmed that it received a resignation letter from Sidhu and that it  will go into effect on Wednesday, May 24.

The city issued a statement saying, “While no city wants to see a mayor resign under these circumstances, we welcome the resignation as it follows a May 18 formal request as well as calls by all of Sidhu’s council colleagues for him to resign. This brings clarity to a question that had been hanging over our city for the past week. And while we have a long process ahead of us, this is one step forward.”

The resignation comes as the rest of the council called on him last week to step down.

As for the stadium deal, it may be in trouble politically but legally if the judge releases the hold, it could go forward.

“It depends on what the party’s agreement was,” said Tenley. “And we know that the Angels are trying to enforce it. I believe they said in the next few weeks… It could be temporarily on hold, and could blow up. It’s too early to tell.”

There are currently no charges against the Angels or Sidhu. The Anaheim City Council will meet tomorrow and the stadium deal is on the agenda.