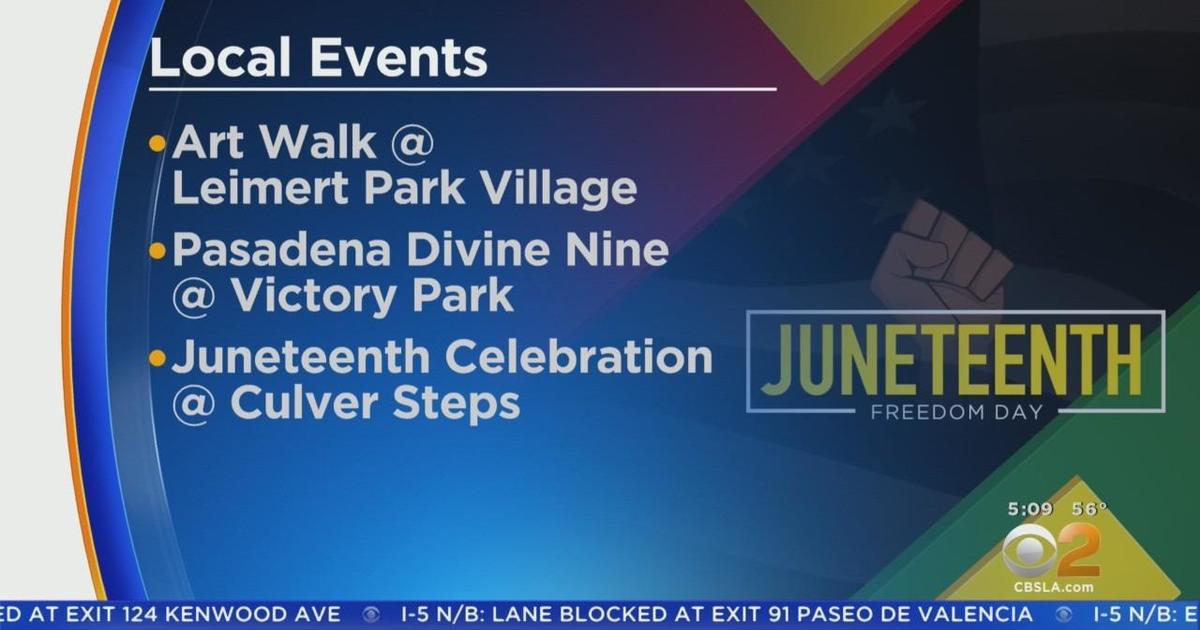 Angelenos are commemorating Juneteenth with events ranging from parades to art walks to live music performances. Most gatherings aim to tell a story about the significance of the nation’s newest federal holiday.

Starting at 11 a.m. Sunday, the Rams will serve as the grand marshal of the Inglewood parade. In Westchester, there will be a Black History Month Festival at 10 a.m. featuring live performance. Elsewhere, in Leimert Park, an ArtWalk will be taking place throughout the day, and by 4:30 p.m. in Pasadena, there will be a concert at the Hollywood Bowl featuring an all-star lineup.

According to the Associated Press, Juneteenth commemorates the date when news of the Emancipation Proclamation reached enslaved people in Galveston, Texas. The proclamation, signed by President Abraham Lincoln on Jan. 1, 1863, declared free all enslaved people in Confederate states. Some of the newly freed weren’t aware of their freedom until U.S. Maj. Gen. Gordon Granger reached Galveston, Texas, on June 19, 1865, to enforce the proclamation.