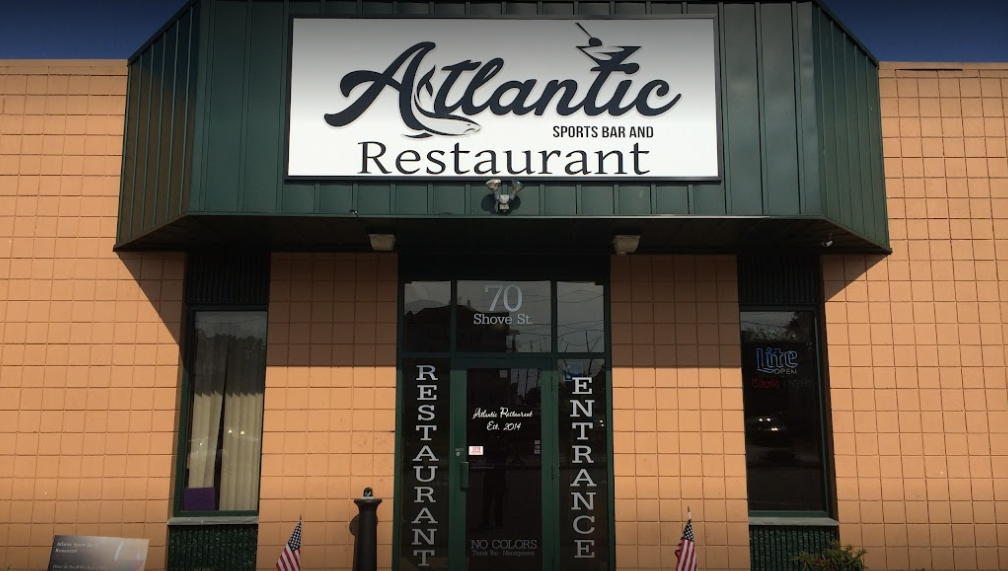 A Rhode Island restaurant is facing massive backlash after an antisemitic meme was posted on social media.

The post in question appeared Friday on the Facebook page of Atlantic Sports Bar and Restaurant on Shove Street in Tiverton, RI, according to The Boston Globe. It reportedly showed a black-and-white picture of Anne Frank with the words “It’s hotter than an oven out there… And I should know!” A caption accompanied the image that read “#ohboy.”

Frank was the teenage girl who became known worldwide when her diary was published posthumously in 1947. It chronicled the two years that Frank and her family spent hiding from Nazis as Hitler’s forces occupied the Netherlands. The Gestapo eventually arrested Frank’s family, and the young girl died at the Bergen-Belsen concentration camp when she was just 15 years old.

The restaurant’s post quickly drew attention. Jessica Machado, a WBSM talk show host in New Bedford, first broke the story. After seeing it, she said she called the restaurant for an explanation. Machado told the Globe that at first she spoke with an employee who said she did not know about the post. This employee reportedly hung up on Machado when she inquired about who posted the image.

Machado called back and spoke with the owner.

“He doubled down on it and said he had just Googled it, he thought it was funny, and that they were very, very busy and it was very hot there, and that they didn’t have time to deal with my concerns or questions. He told me not to call them back and then, click, they hung up,” Machado said on her show, according to the Globe.

Someone from the restaurant told ABC 6 that the employee who posted the image was not aware that the meme was a picture of Anne Frank.

The restaurant deleted the image and apologized on its Facebook page.

“The post was poorly thought out and we realize that it was incredibly inappropriate and does not reflect our values as members of our community,” the apology read. “There is no excuse for the sharing of this post, and there is nothing we can do to rectify it, all we can do now is offer our deepest apology to those who were rightfully hurt by our actions. The Atlantic Restaurant prides itself on being a tolerant, inclusive and safe space for all people.”

On Wednesday evening, the Atlantic’s entire Facebook page appeared to have been deleted. What still remains online, however, are numerous angry reviews on the eatery’s Yelp page. Before reading those reviews, a “public attention alert” greets visitors to the page. The message said that, due to increased public attention and an influx of new reviews to the page, Yelp had temporarily disabled the ability to create new reviews of the restaurant.

“While racism has no place on Yelp and we unequivocally reject racism or discrimination in any form, all reviews on Yelp must reflect an actual first-hand consumer experience (even if that means disabling the ability for users to express points of view we might agree with),” the message read.

Yelp currently lists the restaurant as having one and a half out of five overall stars, with 278 total reviews. Many of these reviews are negative, citing the social media post. A large number of them came from users around the country.

“Fueling antisemitism is so beyond detrimental to your business but also speaks to the kind of person you are. I pray that it shuts you down. Posting an offensive antisemitic meme is unforgivable and you shall suffer the consequences,” read a post attributed to Cari S. of El Dorado Hills, Calif.

Yelp does not publish the last names of users who leave reviews.

“Horrible people. Wouldn’t give them $1 of my money. Joking about the Holocaust is absolutely disgusting,” read a post from Kenny H. of Milwaukee, Wis.