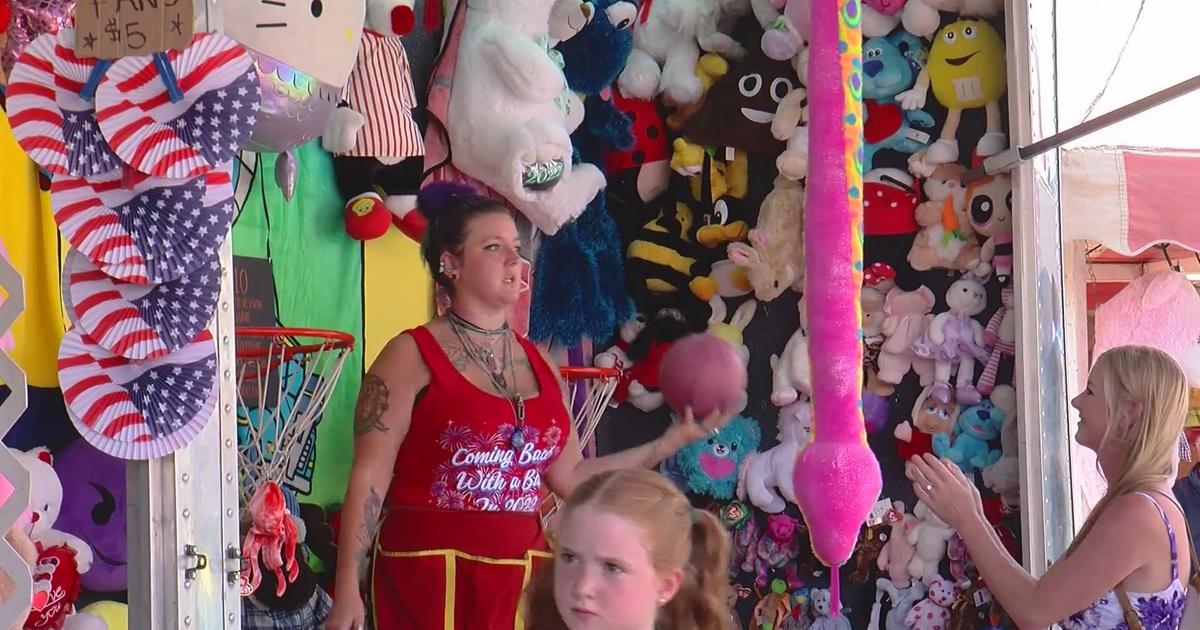 APPLE VALLEY, Minn. — Apple Valley celebrated the 4th of July holiday with a full day of festivities that started with a parade and continued with a carnival and fireworks show.

Families at the carnival were there to celebrate the big things, like American independence, as well as the small, like spending the day with loved ones.

“We’ve had a good time,” said Zo McBounds and Dennisha Ford from St. Paul. “Our daughter’s over there. She got on a couple rides. Definitely family-friendly.”

Luis Carrillo from Burnsville talked to WCCO while enjoying shaved ice with his young children, Luna and Bjorn.

“It’s all about making memories,” he said.

“You can come to this country and make things happen for you and your family,” he said. “[My kids] will be first-generation Americans so I’m very proud to live here.”

Roger Morton from St. Paul said it’s important to him to pass on the meaning of the holiday to his five-year-old daughter.

“We celebrate the 4th every year,” he said. “I’m a very patriotic person myself so it’s a very important day.”

David joined the WCCO team in April 2020, previously working at CBS 58 in Milwaukee. Prior to that, he worked in Las Vegas. While there, David covered several stories in the national spotlight, including the October 1 mass shooting and political visits from President Barack Obama and candidates Donald Trump and Hillary Clinton.