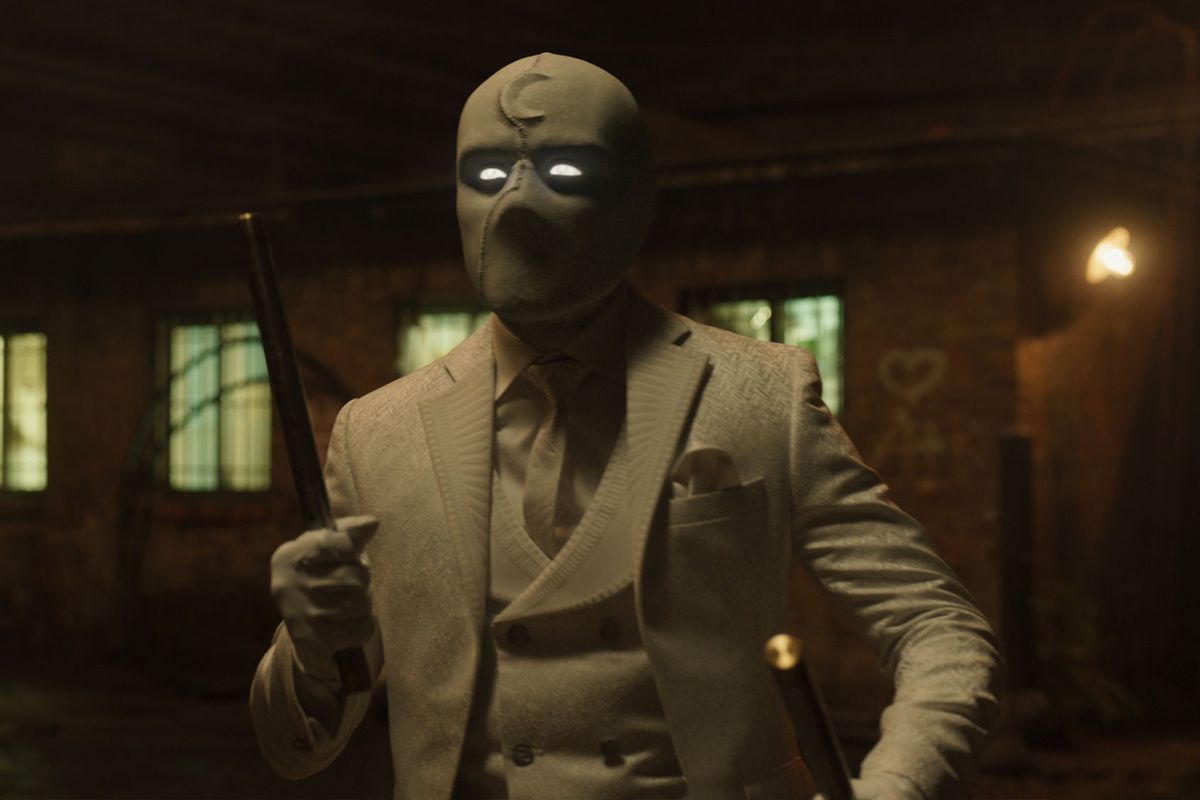 Okay, let’s be clear here from the top: I don’t truly believe that shorter seasons of television are in fact ruining TV, and plenty of great shows and seasons have come about because studios opted for shorter seasons that wouldn’t have gotten made otherwise. This kind of broad question can rarely be answered with a simple yes, no, or maybe.

However, I’ve noticed that more and more studios are trying their hand at shorter television seasons, often spending more money on each specific episode. I think it’s a cause for concern, and worth talking about.

In 2017, Bend Lindbergh wrote a great article for The Ringer detailing how the lengths of TV seasons had decreased over the decades, with shows often having seasons with 20+ episodes going way back to the ’50s, before many dropped to 10 or 13 in the late 2010s. This happened during our current golden age of television, especially in the science fiction and fantasy space. There have literally never been more high quality, big budget genre shows on the air. It’s an amazing time to be a nerd.

However, studios haven’t stopped at 10 episodes. Nowadays it’s becoming more common to see shows with six or eight episodes per season. As with the previous downward trend, there are plusses and minuses, namely higher production values per episode at the cost of time spent with the characters. Even with longer episode lengths, it can still often feel like those seasons are shorter.

It begs the question: are we reaching a floor? How short is too short for a season of television? And is pushing episode counts down into the single digits hampering storytelling?

As with any broad question, the answer varies. The right answer for “how many episodes should a season of television have” is almost certainly “however many is the right amount to tell the story well.” But that doesn’t mean there aren’t some things we can dissect.

The most infamous example . . . and a precursor of what was to come

Isaac Hempstead Wright as Bran Stark in “Game of Thrones” (Helen Sloan/HBO)The seventh and eighth seasons of “Game of Thrones“ had seven and six episodes respectively. Even though previous seasons had 10 episodes each (and HBO was pushing for a similar count for the final two seasons), showrunners David Benioff and D.B. Weiss wanted fewer episodes that were long enough to encompass events like the Battle of Winterfell, which is the longest battle scene ever filmed.

The backlash was real. There have been no shortage of discussions about how to “fix” “Game of Thrones” season 8, and I think the shorter episode length are part of the issue. On paper, seasons 7 and 8 were fine. The issue wasn’t necessarily what happened, but that the show didn’t spend the time to make those moments, like Bran becoming king or Dany’s heel turn, feel earned.

To me, the only thing “Game of Thrones” season 8 really needed was more time for quiet moments with the characters so we could better understand what they were going through at this darkest hour in the story, instead of pushing everyone along and assuming our previous investment would carry us through.

“Game of Thrones” itself is a unique case in basically every way. It was a turning point in this discussion, because while TV seasons had already been growing shorter before the series wrapped up in 2019, the television landscape has changed at a rapid rate since.

Before “Thrones,” TV seasons dipping below 10 episodes only happened in very specific circumstances, like the first seasons of “The Walking Dead“ and “Breaking Bad,” which ran for only six episodes due to a writer’s strike. Those kinds of real-world reasons can still be found today, of course. “Outlander “season 6, for example, has only eight episodes due to production difficulties caused by the pandemic.

After “Thrones,” however, shows seem to have taken the cue that audiences want spectacle and are willing to have fewer episodes if they can get it. “​​​​​​​The Witcher“​​​​​​​ on Netflix has eight-episode seasons. “​​​​​​​The Wheel of Time“​​​​​​​ on Amazon is the same, despite its showrunner asking the studio for a full 10 episode arc. “The Lord of the Rings: The Rings of Power” also has eight, and this with a budget so big it could do whatever it wants.

“I think eight is the new 10 now is what I’m hearing for streaming,” “​​​​​​​Raised by Wolves“ showrunner Aaron Guzikowski told Collider; reflecting on the fact that his show dropped from 10 episodes to eight in its second season.

In the age of streaming, keeping people hooked by one show for a long period of time is less relevant than it was when shows were airing for months at a time on linear TV. Now it’s about having enough content to keep people subscribed to your platform. It behooves streamers to have more shows (with more seasons overall) than longer shows.

In many ways, this trend is continuing the conversation from “Thrones.” Does fewer episodes mean that each individual episode is going to be bigger? It could. Does it mean it’s going to be better? Not necessarily. My biggest fear here is that studios are taking these cues from “Game of Thrones” without stopping to reflect on some of the reasons why that final season received the backlash it did. 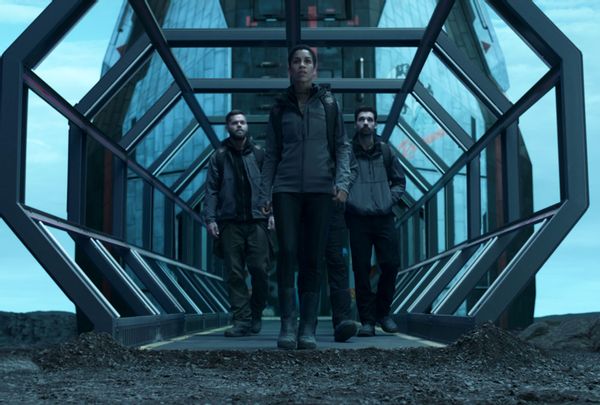 The Expanse (Amazon Studios)So what’s the big deal? We do have a golden era of television on right now. Isn’t this shorter season thing working?

In some cases, shorter seasons may be a good fit, but there are enough time it hasn’t to be concerned. Perhaps no show can illustrate this better than “The Expanse,” which started out with 10-13 episodes per seasons on the Syfy Channel in 2015, then settled back down to 10 episode seasons when it moved to Amazon in 2019, and then went down again to a six-episode final season this past winter. “The Expanse” is one of those rare shows that actually managed to pull off having a shorter run for its last outing, but not everyone was happy about it.

One of the issues is that no amount of good writing can make up for not spending enough time with the characters. Even if the actual runtime of a season is as long as it would be if there were more episodes, the natural pauses between episodes give the illusion of a longer journey. And if the episodes are crafted so that each has its own beginning, middle, and end, then we’re getting fewer small arcs per season. It can make it harder to pay off character and story arcs because everything feels so much more condensed.

There’s just no way around this problem. Sure, if the writing and production are excellent you can quickly make audiences feel invested in characters, but this is not the same as spending more time with them. Ideally, we should have both.

Shorter TV seasons are in an uncomfortable space between a longer season and an even shorter movie. I’ve been thinking about this a lot since watching “Moon Knight,” which has some issues that might be forgivable in a film, but become really distracting in a show. And since it’s a shorter TV show, I don’t know if it will have a chance to address these issues before it ends.

This isn’t an across the board thing, of course; the limited series format can work really well, like it did for HBO’s “Watchmen.” But again, that was 10 episodes.

The Marvel and “​​​​​​​Star Wars“ shows on Disney+ are the canaries in the coal mine when it comes to shorter TV seasons. The first Marvel series, WandaVision, had nine episodes, and the first two seasons of The Mandalorian have eight apiece. Most subsequent Marvel shows have gone down to six episodes. Both “The Book of Boba Fett” and the upcoming “​​​​​​​Obi-Wan Kenobi” series have low episode counts as well.

This isn’t to say that those other series were inherently worse than “WandaVision” or “The Mandalorian” (even though those are still arguably the streamer’s most talked-about series to date); “Loki” in particular was excellent. And some of these shows had problems beyond the low episode counts, like “The Book of Boba Fett” focusing on anybody other than its lead for half its run.

A plotline from the fourth episode of “​​​​​​​Moon Knight” got me thinking. In the episode, Layla El-Faouly (May Calamawy) discovers a secret about her father’s death that is meant to shake up the status quo. But instead it falls kind of flat. The reason, aside from some issues with the delivery, comes back around to our debate about shorter television seasons.

You see, Layla’s father is mentioned a grand total of one time in in the episodes preceding this reveal. “Moon Knight” is a limited series which will run for a grand total of six episodes. One of its other mysteries, whether main character Marc Spector has a third personality hiding beneath the surface, is something the show hinted at very lightly before Episode 4, with precious little time left to develop this plotline. There’s no guarantee Moon Knight will get a second season, since star Oscar Isaac only signed on for the show as a limited series. So “Moon Knight” is going to have to resolve this question in a satisfactory way sometime in the next two episodes.

It’s exceedingly difficult to imagine Moon Knight doing that in a way that will feel full and satisfying, because no matter how you slice it, it will only feature in two episodes at most.

Time is the secret ingredient to reclaiming your lands 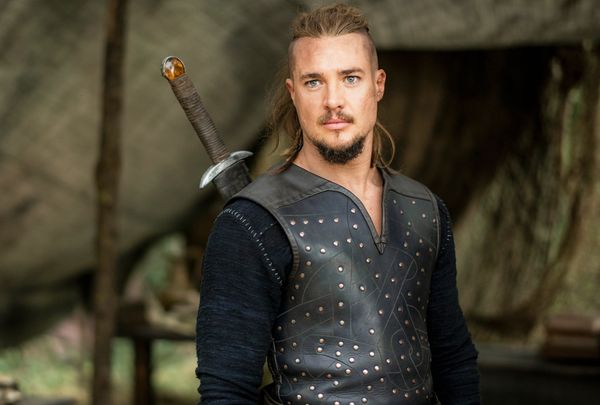 Alexander Dreymon as Uhtred in “The Last Kingdom” (Joe Ablas/Netflix)We’ve talked an awful lot about the dangers that can come with doing a shorter season, but let’s take a moment to reflect on a show that did the opposite, to great success. Season 5 of ​​​​”The Last Kingdom” dropped on Netflix last month, and it’s gotten an incredibly good response from critics and fans alike, so much so that it’s sparked an online debate about whether it was better than “​​​​​​​Game of Thrones.”

The first two seasons of “The Last Kingdom” were only eight episodes while the final three seasons upped the ante to 10 each. For my money, a large part of why “The Last Kingdom” season 5 was so successful was because it took the time to make us really feel the ramifications of everything that was occurring, and what nearing the end of this journey meant to the characters. Yes, Uhtred gets to set his sights one last time on his childhood home of Bebbanburg, but as that finish line looms, he stops to question whether he’s really ready to take that leap, or if the gods are playing some kind of cruel trick on him by giving him the opportunity to reclaim his lands.

In short, “The Last Kingdom” took its time to tell its story as effectively as it could. There were a few odd moments where it felt like things were moving from point A to point B too quickly, but mostly they avoided that kind of pitfall.

What’s it all mean? 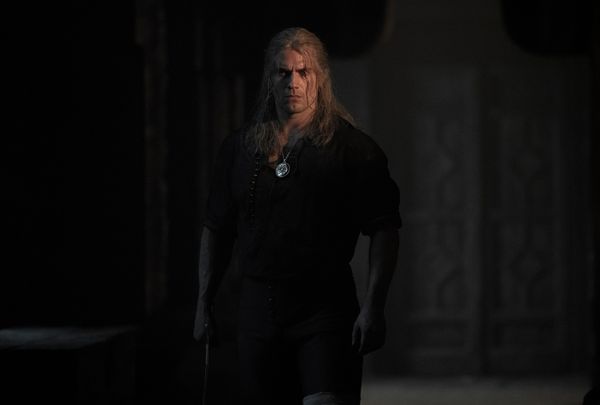 Henry Cavill in “The Witcher” (Jay Maidment/HBO Max)​​​​​​​At the end of the day, there are a million and one factors that go into deciding how many episodes a season of television will get: budget, scheduling for actors and crew, the demands and expectations of specific platforms or networks . . . the list goes on. For as many examples of shows where a shorter episode count muddied the waters, there are other examples where it worked out. Would more episodes of “The Witcher” have improved its second season? Honestly, I don’t think so. It felt like the right amount for what the production was trying to achieve.

But in general, as a trend, I think episode counts are something that producers need to take a much harder look at. Shorter seasons should be a tool used for a specific reason, rather than the default for the sake of the bottom line.