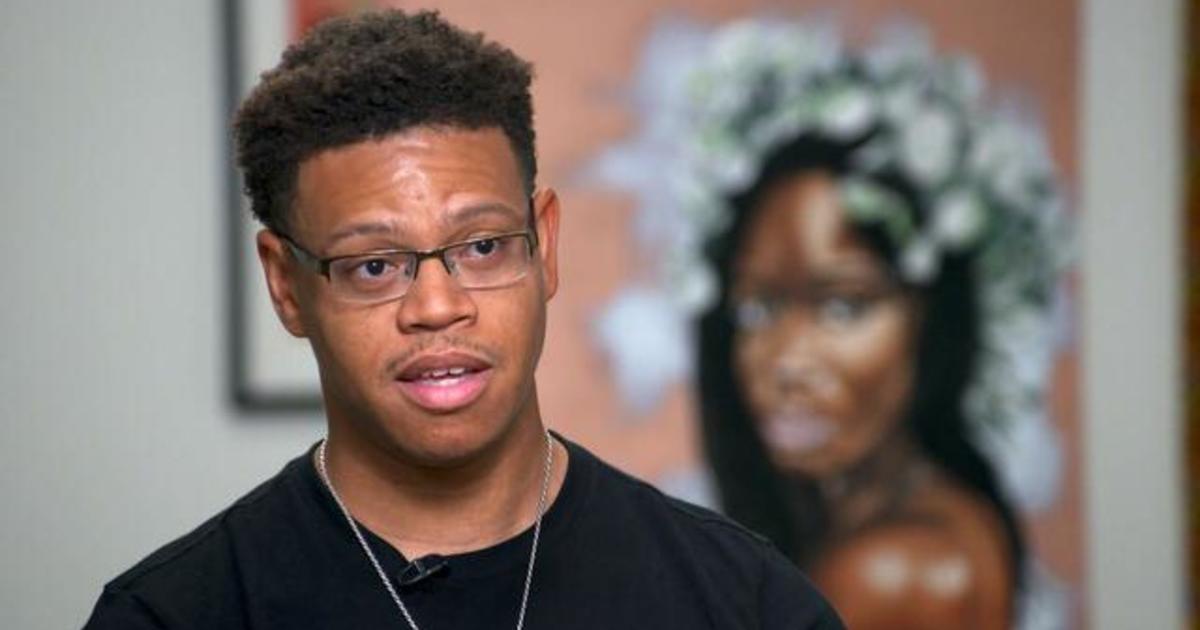 At birth, a genetic mutation robbed Desmond Blair of his hands.

But Blair was taught never to allow his circumstances to deter his trajectory in life. His mother and grandmother encouraged him to find his own way to do things as a child growing up in Dallas.

“Your journey is going to be different and we have to figure this out, and so it was always that mindset of, you know, still expect excellence, but we gotta figure out how to get there,” the 35-year-old told CBS News’ Omar Villafranca.

Blair’s creativity led him to an unlikely career path for someone with a disability as unique as his: becoming an artist. He taught himself how to write with a pencil and how to handle crayons with his wrists. Later, he learned how to block lights and shadows, and how to use vivid details of light in his portraits.

“We tried a bunch of things like putting crayons in my mouth or holding crayons with my feet,” he said. “I watch cartoons and so I wanted to learn how to draw the characters in the cartoons.”

As a child, his mother enrolled him in a summer art program in Dallas where he met one of his mentors, Emmanuel Gillespie.

“I think everyone has that creative ability, but he had that passion,” Gillespie said.

Crayons turned into acrylics, and those turned to oil. His dedication led to his first public exhibit at the Pencil on Paper Gallery in Dallas.

The owners of the gallery? Gillespie and his wife Valerie.

Blair’s collection is titled “In the Garden,” and features Black women as Eve in the famous Bible story of Adam and Eve.

“Here we have Desmond portraying us in this beautiful light, he captures our essence, our skin, our mannerisms, everything just stunningly,” said Gillespie’s wife, Valerie. “I think for me it’s just that he sees us, he sees us and he appreciates us and he translate that onto canvas so all of us can see.”

Blair’s next project will be a personal one. He plans to paint his muse and motivation — his mother Joyce Blair. She passed away in 2020 after a battle with ALS, also known as Lou Gehrig’s disease.

“I wanted to make sure I was in the right space in place to be able to do it,” he said. “It would be like a full circle moment because (of) the things that she taught me growing up as she advanced with her disease, it was just like okay, we’ve done this before. We’ve learned how to adapt.”