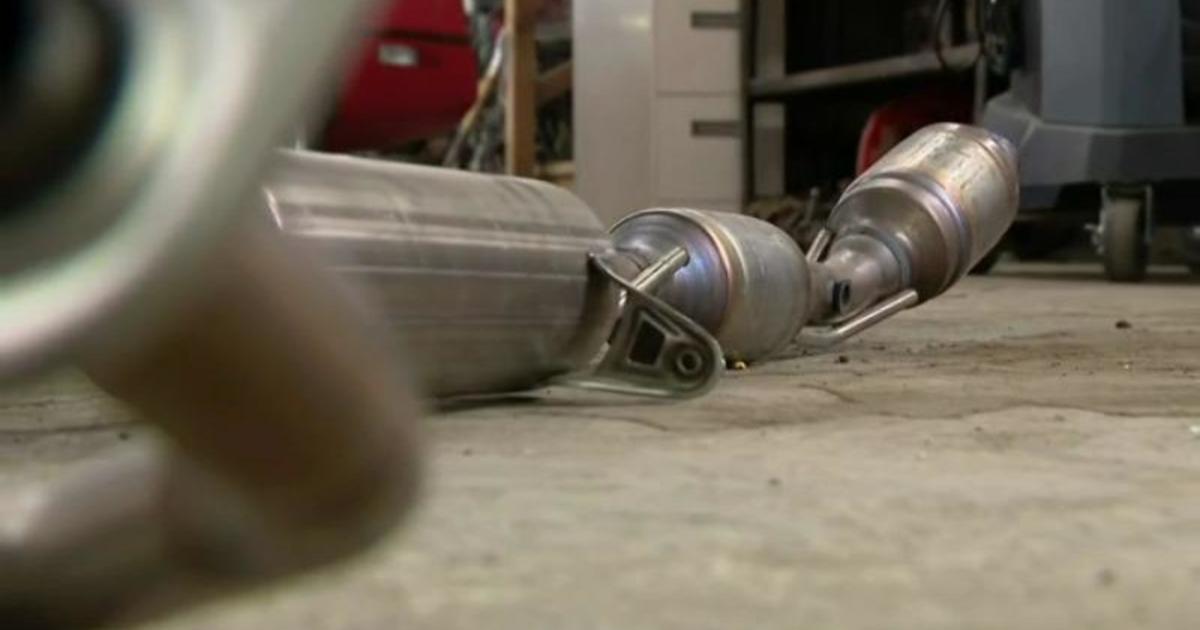 NORTH TEXAS (CBSDFW.COM) – Catalytic converter thefts are still rising in North Texas, as thieves target the metals inside. But one repeat victim decided to fight back – literally.

“I just lost it. All the past years of frustration,” said Clay Hayner.

His van had been targeted for its catalytic converter three times over the past year.

“For some reason, this is like a prime target for them,” he said.

He was determined there wouldn’t be a fourth. So he installed cameras and set up deterrents under the van outside of his Design District studio, where he lives and works as a photographer.

The moment he was expecting came Thursday night around 10 p.m. Hayner’s Ring camera alerted him about a motion. He spotted a would-be thief circling and then climbing beneath his van. He picked up a metal light stand next to the door and confronted the thief.

“So he couldn’t get out, so I was able to beat him for a while. Then I saw him start grabbing his bag, and I started beating his hand,” he said.

The suspect left his tool bag behind.

Hayner also took the suspect’s bike, forcing him to run down the alley. He doesn’t expect an arrest; the crime happens so quickly that solving them is rare. But he hopes he did his part to spare others both the violation and the cost.

“At least I got a little bit of revenge for all the past stuff that’s happened, you know, and that he wasn’t actually going to get it, and maybe he’ll think twice about doing it again,” he said. “So hopefully I put him out of business for a while.”

Dallas police confirm that catalytic converter thefts have increased by more than 25% over this time last year.