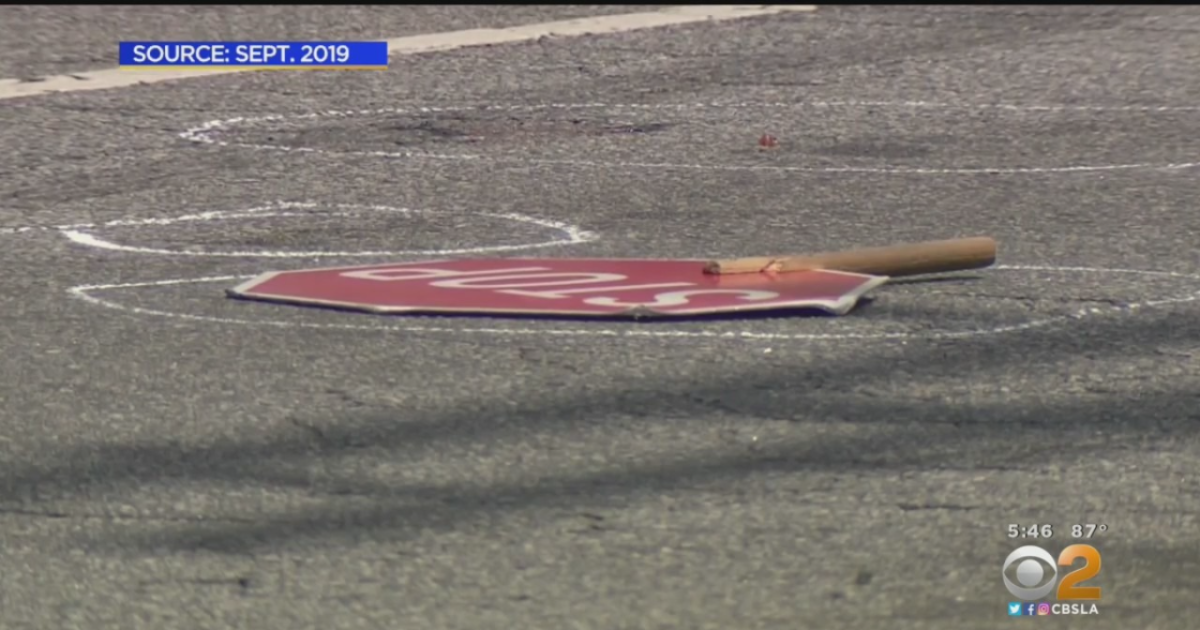 With the new school year underway and more kids back inside the classroom, authorities are urging drivers to take extra caution when driving near schools and school crosswalks.

Unfortunately, the leading cause of death for children aged 5 through 14 is traffic collisions and that is certainly a major concern as the school year gets underway.

Melissa Locke is getting her son a cellphone because she is worried about his safety. She just wants to be sure that her son Avery Houston gets to and from school safely.

Locke is reminded everyday of the dangers that can occur while walking to school.

The family lives next to an intersection where a school crossing guard was hit and killed in 2019 by a driver near Kittridge Street Elementary School in Valley Glen. A student was also injured in the accident.

“She was doing what she was supposed to do,” Ryan Houston said.

LAPD officer Jeff Lee told CBSLA Reporter Jasmine Viel that he walks across the street where that tragedy happened during school drop off hours.

Shortly after the accident, a new, automated crosswalk was put in at the intersection of Sunnyslope Avenue and Vanowen Street. It’s supposed to reduce pedestrian crashes by 69 percent, according to the Federal Highway Administration.

In Los Angeles, more than 370 crossing guards help more than 180,000 students and their families get to and from school safely.

However, the LA Department of Transportation announced recently that are not enough crossing guards for every street that needs one.

This year that number has climbed to 175.

Officer Lee said that drivers need to do their bet to avoid distractions while behind the wheel to avoid collisions.

For students and parents using crosswalks, he said to pay attention to surroundings and put down the phone and headphones.