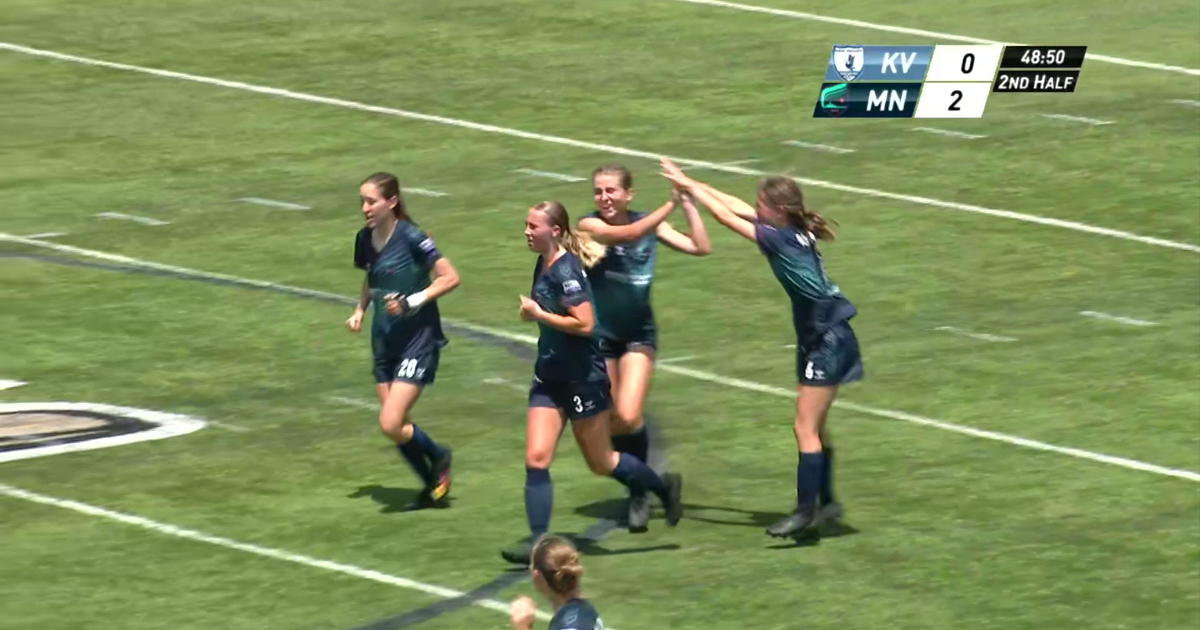 EAGAN — Minnesota’s new pre-professional team, the Aurora, are riding a long winning streak – and have yet to lose, ever.

The Aurora were back in action at home Sunday at TCO Stadium in Eagan, where they had a 2-0 victory over Kaw Valley FC.

Forward Maya Hansen scored her third goal of the season. Minnesota was up early, then just after the halftime break, Cat Rapp got her first goal of the year.

It was the team’s third shutout of the year, and their winning streak is now at six games.

“We’re definitely trying to take it game by game and just pay attention to what we have next, the coming weeks,” Hansen said. “We didn’t expect them to stay the same or necessarily change, so I wouldn’t say that we’re focusing too much on our past games. Just playing how we know how to play.”

WCCO-TV has a partnership with Minnesota Aurora FC, and all the team’s home games will be streamed online at CBS News Minnesota, available to fans on the CBS News app and Pluto TV.