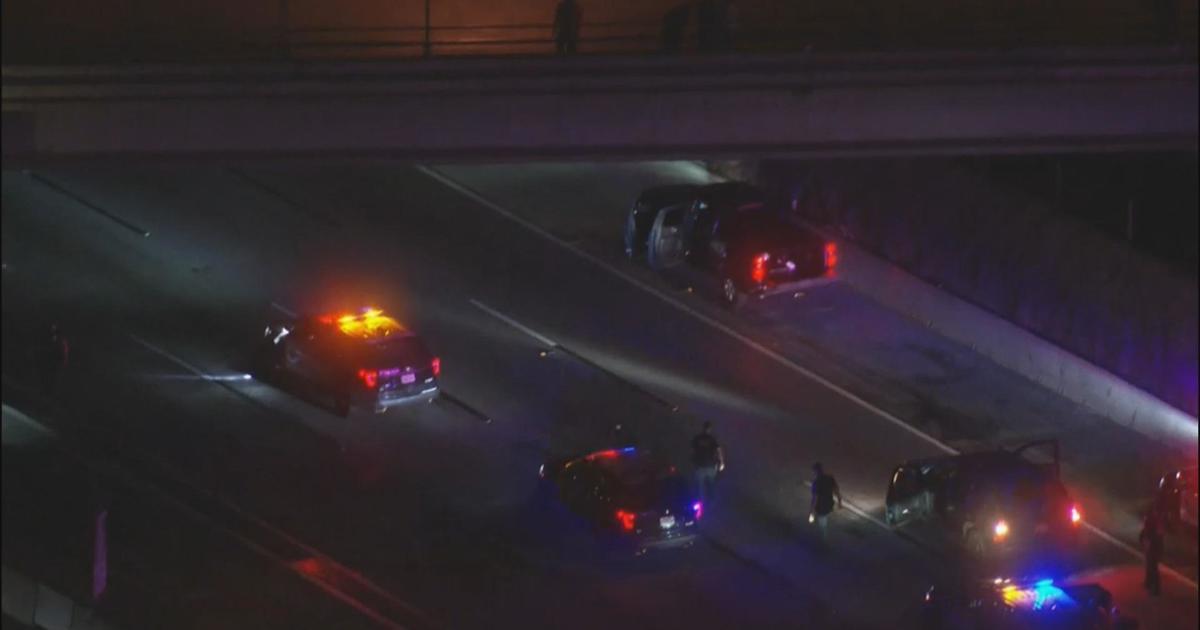 Authorities were in pursuit of a reported murder suspect in the Inland Empire Friday evening.

The pursuit reportedly began in San Bernardino before the suspect led authorities through Ontario, Rancho Cucamonga and Pomona via the westbound 10 Freeway.

It wasn’t immediately known what prompted San Bernardino area law enforcement to engage in pursuit with the suspect, who was driving a blue Chevrolet Silverado.

At around 9:55 p.m., the suspect yielded to pursuing officers near the Fairplex in Pomona.

The suspect was said to be in custody just before 11 p.m.

As authorities conducted an investigation, all lanes of the westbound 10 Freeway were closed to traffic until around 10:30 p.m., when one lanes was opened.