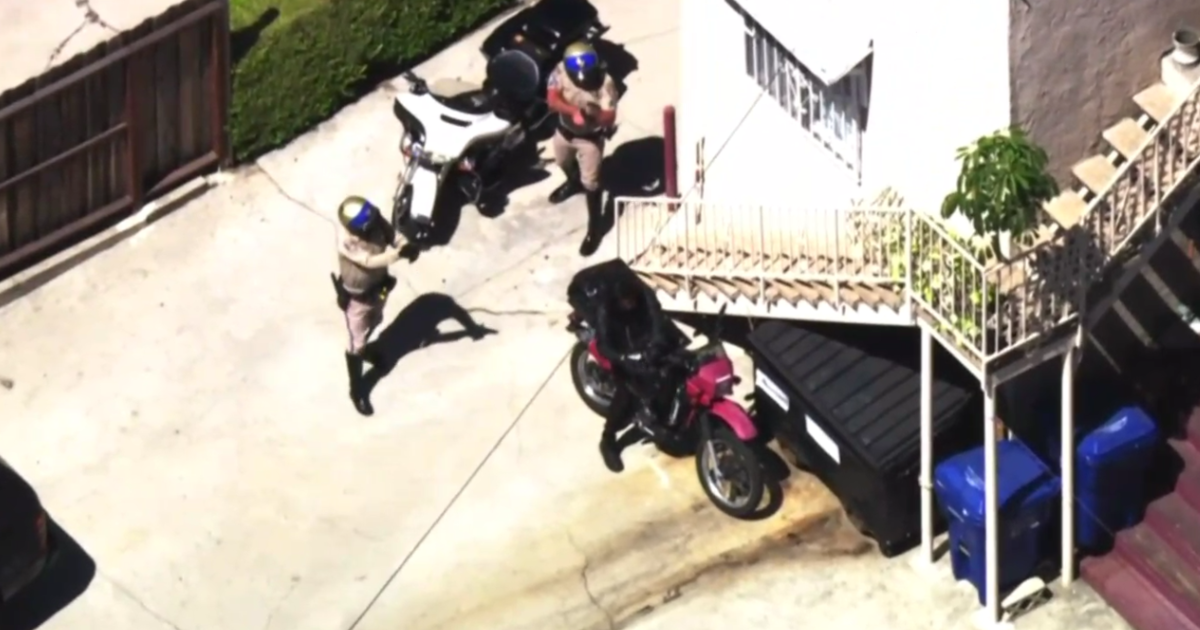 Authorities were engaged in pursuit with a reckless driving suspect Monday morning.

The pursuit began around 10 a.m. in the Long Beach area on the 405 Freeway before leading authorities into Downtown Los Angeles at around 10:30 a.m.

After exiting the freeway, the suspect began to circle the Echo Park area, at times exiting onto Elysian Park hiking trails as they attempted to escape the CHP motorcycle officers following closely behind.

Just after 10:50 a.m., the suspect pulled into the driveway of a residence in Echo Park where pursuing officers quickly took him into custody.