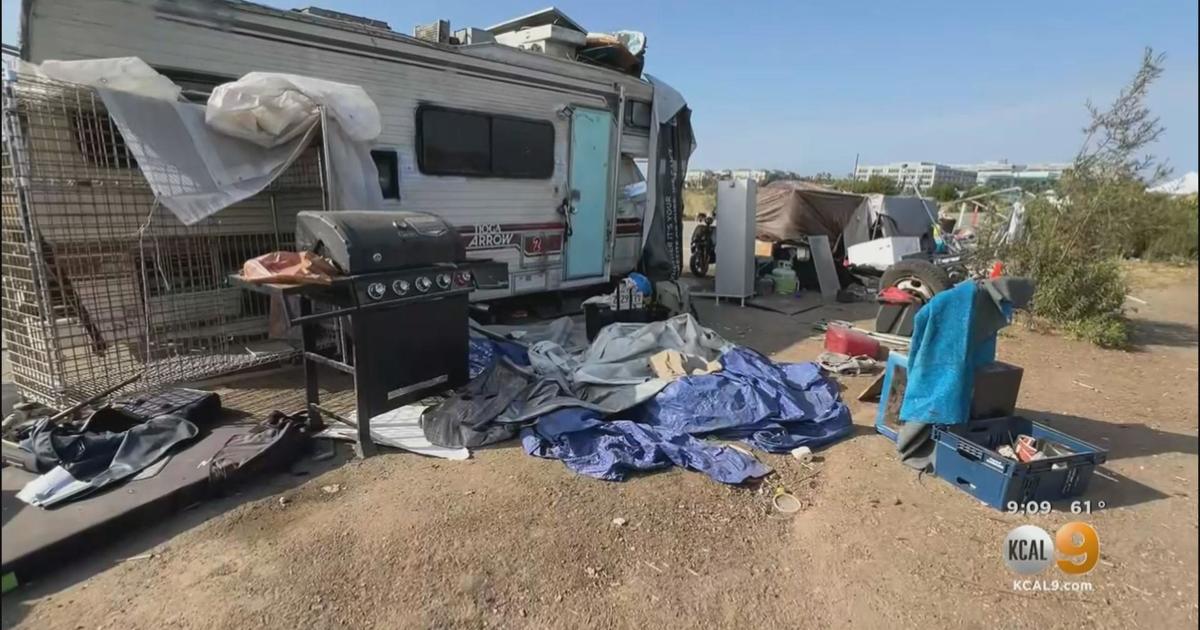 RVs parked in Playa Del Rey continue to frustrate residents even after the city lifted the towing ban.

“I’ve been saying this for the last two years,” said Sheriff Alex Villanueva. “People think this is about campaign season, no.”

Tired of inaction from the City of Los Angeles, residents around Ballona Creek were forced to call the Sheriff for help, nearly six weeks after the city’s towing moratorium was lifted.

“We want everyone taken care of — the people dwelling here and the people that are living here,” said Playa Del Rey resident Lisa Carrington.

The frustrations reached a climax on Friday when one of the RVs caught on fire and burned to the ground. The fire was dangerously close to other RVs and to Ballona Creek.

Learning from past events, after drawing criticism for his outreach attempt in Venice Beach where deputies threatened to arrest people who did not accept services, Villanueva came alone and plans to give the unhoused in the area options such as getting them into shelters or “out of L.A. County, back to where they came from.”

“Whatever option they choose we’re gonna give them the options to make the decision for their self but remaining and spoiling public space is not one, he said.

While Villanueva does not have authority within the city limits, he said that it was his responsibility to look over the public safety for people in L.A. County.

When the city lifted the towing ban, officials said that they needed to offer homeless services before towing any RVs used as dwellings. Some homeless residents said that people did come by offering services but as a month and a half passes both residents and the unhoused are still waiting.

“We have had hope and broken promises for years,” said Playa Del Rey Resident Garrett Smith.

Homeless advocates have said that targeting those that live in their cars or RVs is anti-poor.