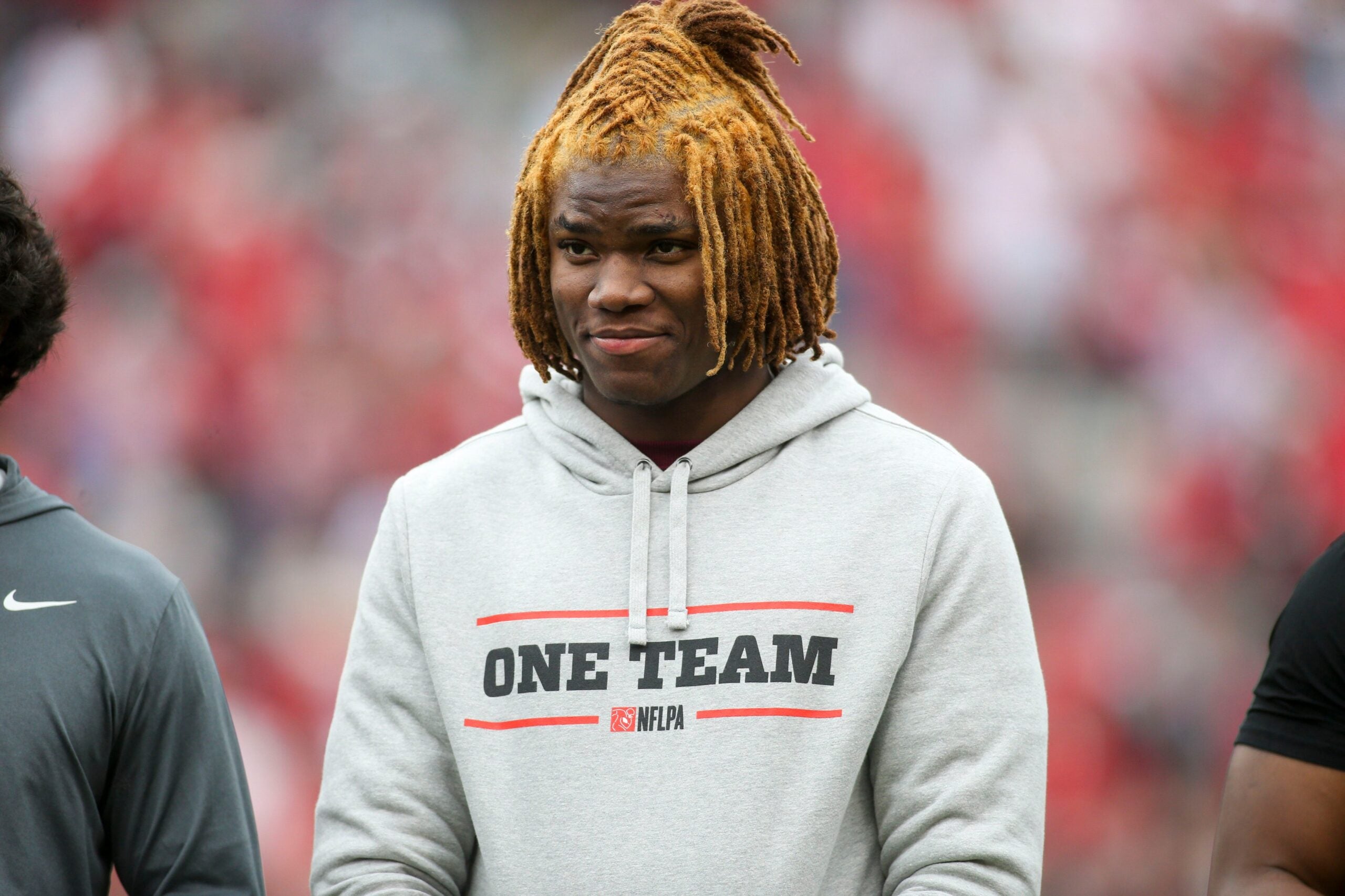 Two players with local ties heard their names called Thursday night in the first round of the NFL Draft.

Zion Johnson, a standout offensive lineman from Boston College, went 17th overall to the Los Angeles Chargers. Lewis Cine, a skilled safety from Everett and the University of Georgia, went 32nd to the Minnesota Vikings.

In the months leading up to the NFL Draft, Johnson consistently helped his stock and established himself as a likely first-round pick. He ultimately went even higher than many expected.

Johnson will have a chance to protect up-and-coming star quarterback Justin Herbert and should have an opportunity to start right away.

👁 zi on the prize 👁 pic.twitter.com/Hk85TNVwqQ

He celebrated in Las Vegas with his family and BC head coach Jeff Hafley. Johnson sported a huge grin as he proudly power-walked down the carpet and put on a Chargers cap.

Once a zero-star recruit who played two years at Davidson College and three at BC, he earned All-ACC first-team honors this past season for the Eagles while allowing zero pressures all year.

At 6 feet 3 inches, 316 pounds, guard is his natural position, but there’s been speculation that he could shift to center in the NFL. Johnson, viewed as a safe pick, prides himself on his versatility and made it clear he’ll play wherever he’s needed.

His stock rose considerably when he racked up 32 bench reps at the NFL Combine. The Patriots were one of many teams linked to Johnson, who said it would “mean a lot” to stay in Massachusetts but that he’s happy to play anywhere.

Johnson is the 10th Boston College offensive lineman to be selected in the first round, and the first since Chris Lindstrom went 14th overall to the Atlanta Falcons in 2019.

Cine, meanwhile, grew up in Port-au-Prince, Haiti, and developed his love for football in Everett. He earned Massachusetts Defensive Player of the Year honors for the Crimson Tide in 2017, starred at Trinity Christian in Cedar Hill, Texas, and finished with 36 scholarship offers before choosing the University of Georgia. There, he blossomed into a catalyst and earned Defensive MVP honors in the FBS championship game.

The 6-2, 200-pound prospect, who clocked a 4.37 40-yard dash, has won a championship at every level, from Pop Warner to two high schools to college. He became the fifth player on the Georgia defense to go in the first round, which is a new record for any school.

“Here’s a kid that can do everything you want,” ESPN’s Mel Kiper Jr. said. “There were some that thought he was right there with Kyle Hamilton as one of the best safeties in this draft. I would agree with that.”

Blessing to be a VIKING !!!

Cine plays to support and inspire his 5-year-old daughter, Bella.