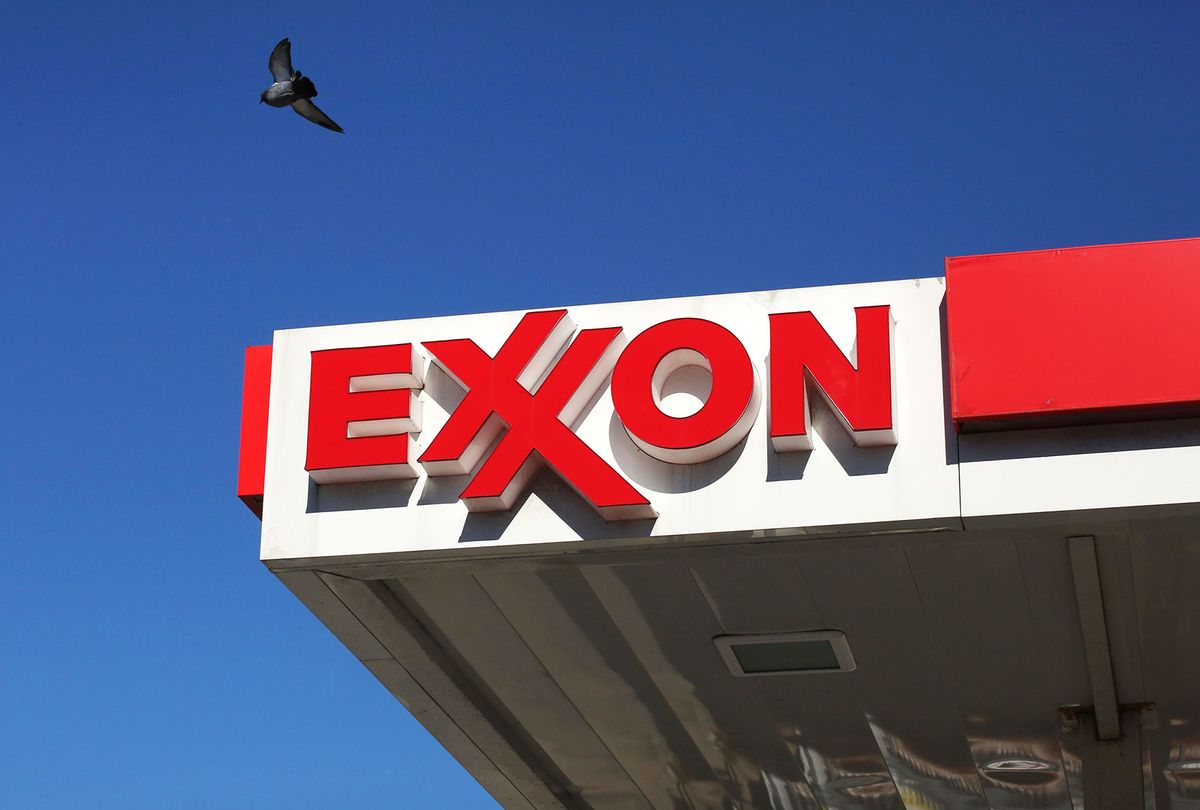 Chevron and ExxonMobil announced Friday that their profits surged during the first quarter of 2022, prompting fresh calls for a windfall tax as the U.S.-based oil giants continue to exploit Russia’s war on Ukraine to hike prices at the pump and lobby for more drilling.

“This is robbery,” Jamie Henn, director of Fossil Free Media, said in response to the new profit figures. “Big Oil is intentionally profiteering off the war in Ukraine—a crisis they helped create by working with Putin for decades to expand Russian oil and gas production.”

The first three months of 2022 marked a banner quarter for Chevron and Exxon, which respectively saw their profits quadruple and double compared to the previous year even as the U.S. economy contracted.

Chevron’s profits soared to $6.3 billion—their highest level in a decade—as the company reaped benefits from the global energy market chaos spurred by Russia’s invasion of Ukraine, which has sparked a “fossil fuel war” between Moscow and the West.

Exxon’s profits, meanwhile, jumped to $5.5 billion, a number that would have been significantly higher had the company not shut down operations in Russia in response to the Ukraine war. Exxon announced that it would use the windfall to reward shareholders by tripling its stock buyback program to $30 billion.

“Consumers should not get punched in the face so that Big Oil can stuff its overflowing coffers,” said Robert Weissman, the president of Public Citizen. “There’s no secret as to why their profits are soaring: Big Oil has fixed costs of production while the market price of oil is skyrocketing, thanks to Russia’s invasion of Ukraine and other reasons. This is a classic situation of windfall profits.”

The earnings reports came as U.S. oil giants faced mounting scrutiny from Democratic members of Congress, New York’s attorney general, and climate campaigners for price-gouging consumers in an effort to extract as much profit as possible from Russia’s devastating assault on Ukraine.

“Just imagining Exxon’s and Chevron’s executives toasting their record profits and laughing at how they’ve duped so many people into blaming climate action for high prices, when that’s the only long-term solution to stop Big Oil gouging us at the pump,” Henn wrote in a Twitter post on Friday.

To combat Big Oil’s war profiteering, Democratic lawmakers introduced legislation in March that would impose “a per-barrel tax equal to 50% of the difference between the current price of a barrel of oil and the pre-pandemic average price per barrel between 2015 and 2019.” Revenue from the tax would be paid out to U.S. consumers as a quarterly rebate.

Survey data released last month showed that the proposal is overwhelmingly popular, with 80% of U.S. voters—including 73% of Republicans—expressing support.

“If Congress bothered to tax windfall profits, these two companies would face a combined bill of $5.4 billion for just three months of war profiteering and price gouging,” Lukas Ross, program manager at Friends of the Earth, said in a statement. “Letting polluters rake in obscene profits at the expense of consumers and the climate is simply unconscionable. It’s time to send Big Oil an invoice.”

“This demands a policy response—namely, a windfall profits tax like the one introduced by Rep. Ro Khanna and Senator Sheldon Whitehouse, that would recover much of these ill-gotten gains and return them to struggling households,” said Jones. “Lawmakers who complain about corporate concentration and inflation should do something about it—like tackling the damage being caused by polluting profiteers.”

“Speaker Pelosi and Majority Leader Schumer should bring this legislation forward for a vote,” Jones added.