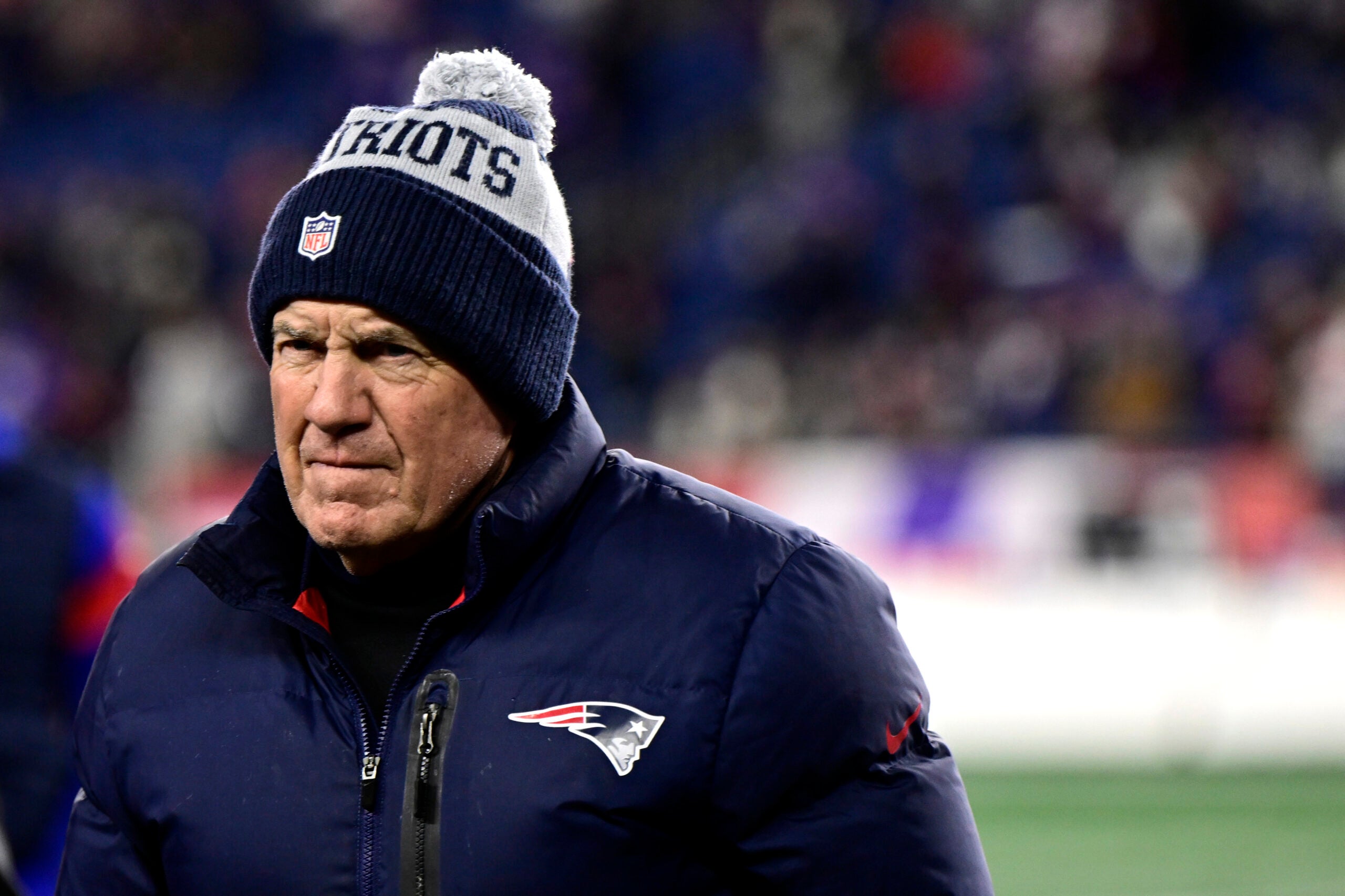 Despite the current struggles and inconsistency of the 6-6 Patriots’ offense, Bill Belichick continues to take responsibility for his preseason decision to let former defensive coordinator Matt Patricia call plays.

“I’m responsible for our team’s performance, so I accept that,” Belichick told WEEI’s “The Greg Hill Show” during a Monday morning interview. The question was asked in context of comments the Patriots’ coach made to Boston Globe columnist Dan Shaughnessy in September, when he said that if the decision to place Patricia and Joe Judge in crucial positions on the offensive staff didn’t work out, “blame me.”

Patricia’s play-calling came under an unusually blunt level of internal criticism following Thursday’s 24-10 loss to the Bills, with wide receiver Kendrick Bourne telling reporters that he thinks the team needs to “scheme up better.”

The Patriots were unable to move the ball effectively against Buffalo, finishing just 3 of 12 on third downs.

Has Belichick considered making any changes to the play-calling?

“I think we need to do what we’re doing better,” said the Patriots’ coach. “I don’t think at this point making a lot of dramatic changes…it’s too hard to do that. If we can just do consistently what we were doing, I think we’ll be alright. But we just haven’t been able to have enough consistency and that’s hurt us. It’s not one thing. It’s just one time it’s one thing, the next time it’s something else. We just have to play and coach more consistently.”

The loss to the Bills sent the Patriots back to .500 and is the team’s second two-game losing streak of the season. It speaks to the up-and-down nature of New England’s year to this point.

Belichick was asked later in the interview if he could narrow down some of the team’s specific issues regarding consistency.

“Sometimes that’s shifted, and there have certainly been some plays that haven’t matched up well against the defense when they were called,” Belichick added, “so whether that’s design of the play or the way it did against a certain defense, those have come up as well. So yeah, I’d say it’s a combination of things.”

Following the defeat to the Bills, quarterback Mac Jones said that he wants to be “coached harder,” calling for greater accountability amid the team’s struggles.

What does Belichick think of that?

“We coach everybody the best we can every week. That’s not going to change,” he replied.

As for whether or not he’s concerned with Jones’s progression in his development as a quarterback, Belichick responded to the question by calling for focus on the future, not the past.

“We’d certainly all like to be doing better than we’re doing from a record standpoint, and from an individual execution [standpoint],” said Belichick. “But we’re going to look ahead, not backwards, and look towards the next opportunity against Arizona and get back on track this week. All the people I’ve talked to, players, coaches, think we all feel the same way about that. We can’t control what’s already happened, but we can control what’s in front of us.”

The Patriots face the Cardinals on Monday Night Football on Dec. 12 at 8:15 p.m.