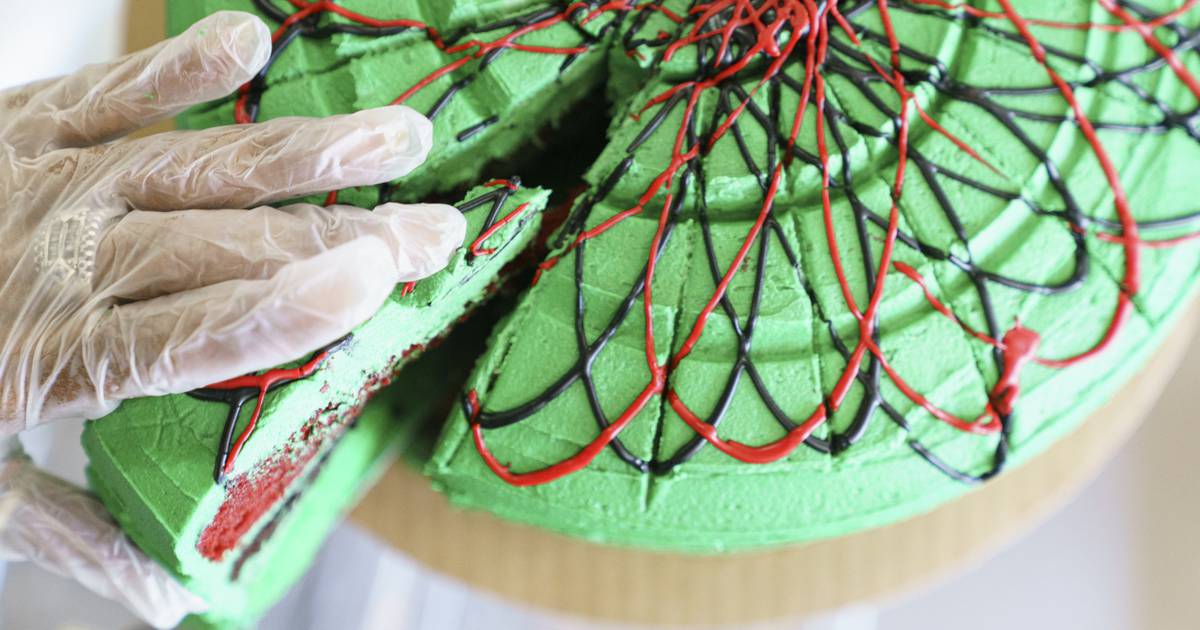 On Juneteenth, Stephanie Hart will serve up a decadent representation of the African American flag: A green, black and red velvet cake frosted with a green cream cheese and drizzled with dark chocolate dyed black with food coloring.

The bakery’s already sold over 1,000 slices of the cake, dubbed Heritage Cake, on pre-order. Brown Sugar Bakery will also serve up apple cobbler for the holiday, and Hart is working on a holiday candy, too. Walk-in visitors will be able to purchase sweet treats at the bakery’s East 75th Street location and its newer space on Navy Pier.

Across Chicago, Black small business owners are gearing up to mark Juneteenth with celebratory food and drink, events and acts of service. The holiday commemorates the day on June 19, 1865, when Union troops arrived in Galveston, Texas, to tell enslaved Black Americans they were free — more than two years after President Abraham Lincoln issued the Emancipation Proclamation. Black Americans in some parts of the U.S. have long celebrated Juneteenth; Texas was the first state to officially recognize the holiday, in 1980. But last year was the first that Juneteenth was recognized both as a federal holiday and as an official state holiday in Illinois.

To Hart, Juneteenth is a time to celebrate how far Black Americans have come in the short 150-odd years since June 19, 1865.

“When people talk about things like why reparations are important, or accommodation. We just got set free,” Hart said. “There was no 40 acres and a mule. And all that we have done is what I celebrate.”

Brown Sugar Bakery’s holiday specials are part of a larger Juneteenth campaign created by Jeremy Joyce of Black People Eats, which is dedicated to promoting Black-owned restaurants. 50 restaurants across Chicago are planning to participate in the Juneteenth Restaurant Festival this year, prepping holiday specials priced at $6.19, $16.19 or $26.19. Last year, Joyce said, the event made $1 million dollars for Black-owned businesses nationwide. Joyce initially got the idea for the event from a conversation with Vanetta Roy of Surf’s Up, the Chicago-based seafood eatery. (Roy’s Juneteenth specials for this year were still in the works, but she said they’ll be centered around wings and shrimp.)

“For us it’s a celebration of all the good things, all the hard work and the sacrifice,” said Nataki Muhammad, who co-owns Shawn Michelle’s Homemade Ice Cream in Bronzeville with her husband, Yahya. For their Juneteenth special, the Muhammads will be doling out servings of mini peach cobbler a la mode.

The Semicolon Bookstore & Gallery in Wicker Park will allow Chicago Public Schools students to pick out free books during a #ClearTheShelves event June 18, which is operated through the bookstore’s nonprofit arm, Parenthesis. Owner DL Mullen’s Juneteenth recommendation: Chicago author Toya Wolfe’s “Last Summer on State Street,” which came out Tuesday. (Wolfe’s novel tells the ”very true to life” story of a young Black girl growing up in the Robert Taylor Homes, Mullen said.) School kids can pre-register for the event on the bookstore’s website.

And at Nobody’s Darling, the queer bar in Andersonville recently named a James Beard finalist, guests can choose from two Juneteenth cocktails made with Black-owned spirits: Giovanni’s Room, a whiskey-based drink named for James Baldwin’s 1956 novel, and Blacker the Berry, a vodka-based cocktail made with blackberry liqueur and basil. Giovanni’s Room is already on the Nobody’s Darling menu; Blacker the Berry is a new creation, said co-owner Renauda Riddle.

Juneteenth, of course, falls in the middle of Pride month. That adds another layer of significance to the day at Nobody’s Darling, Riddle said.

“It celebrates who we are,” she said. “We’re queer, and we’re also African American women. And so it speaks to both of those things that we take pride in and that we celebrate, actually, 365 days out of the year.”

Over the last several years, as national interest in Juneteenth has increased, more large corporations have attempted to get in on the holiday. Some have made missteps. Walmart, for instance, recently pulled a Juneteenth-themed ice cream from its shelves after it was critiqued for attempting to cash in on the holiday with a product some described as tone deaf. The company apologized in a statement at the time.

Small business owners in Chicago said Walmart could have looked toward ways it could support Black entrepreneurs instead — by bringing more products made by Black-owned businesses onto its shelves, for example, or by starting scholarship funds.

“Walmart is not feeding the economy of African American businesses, and I think it stinks,” said Hart.

Still, corporations recognizing Juneteenth can be beneficial because it heightens awareness among consumers of Black history, Riddle said.

“You always have the reality that we live in American, very capitalist society,” she said. “Anytime we’re able to really get people to understand our history, it really is a positive.”

In Illinois, Black-owned businesses employ over 175,000 residents and generate $8 billion in economic activity each year, according to data released in February from the state’s department of commerce and economic activity.

Chicago business leaders emphasized the importance of small businesses to the social fabric and economic health of their neighborhoods.

Over the Juneteenth weekend, the South Shore chamber will host a small business shopping event Saturday and Sunday at The Artisan Collective on 71st Street with about 15 local vendors, some of which don’t have their own bricks-and-mortar shops, Trice said. The event will run from 11 a.m. to 7 p.m., she said.

Similar events are taking place across the city: the Chatham Business Association will host workshops for small business owners Friday at the Sankofa Cultural Arts & Business Center, said president Melinda Kelly. Also Friday, Refine Collective will partner with the Museum of Contemporary Art to host a Juneteenth Freedom Market at the museum. Over 50 local Black-owned businesses will set up shop at the ticketed event, which will also feature a DJ and a cash bar, said Refine Collective founder and CEO IB Majekodunmi.

Small businesses are the backbone of their communities, many Chicago small business leaders said. And at a time when many small businesses have been hit harder than large ones by challenges like inflation and supply chain issues, they need support.