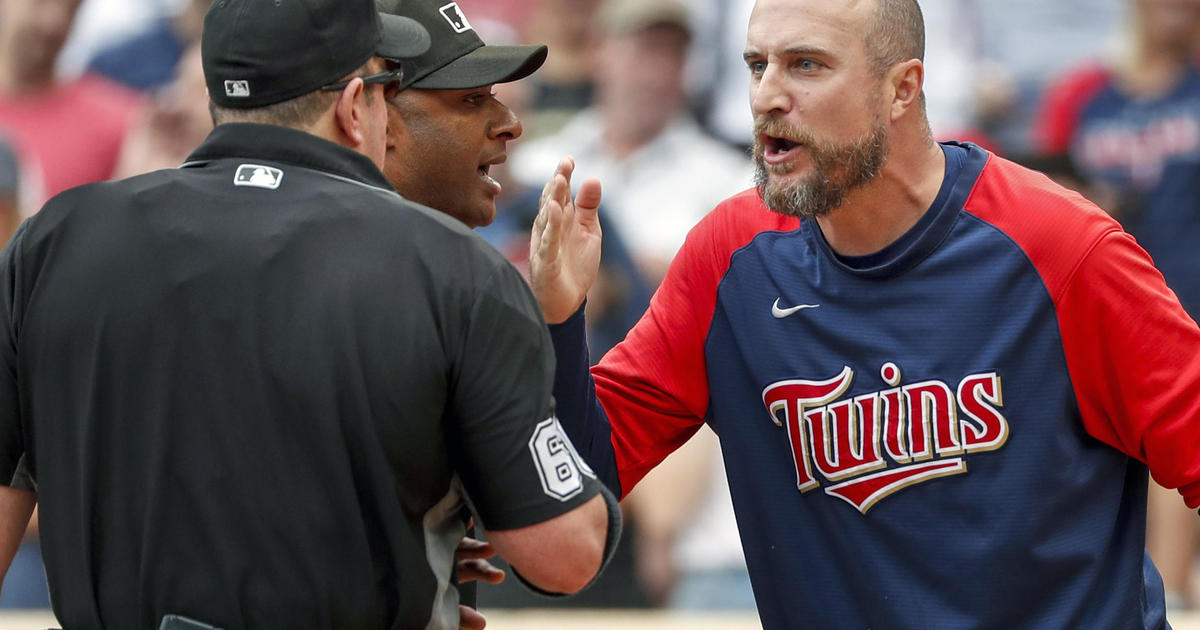 MINNEAPOLIS — Cavan Biggio hit a sacrifice fly in the 10th inning and Whit Merrifield scored on an overturned call to lead the Blue Jays to a 3-2 victory over the Minnesota Twins Sunday.

Merrifield was originally called out at the plate, but the call was reversed after Twins catcher Gary Sanchez was deemed to have interfered with Merrifield, whose right foot collided with Sanchez’s left leg as he slid into home plate. The out would have ended the inning.

Minnesota manager Rocco Baldelli was ejected for arguing the call, the eighth time in his career he was thrown out and third this season.

Toronto remained two games ahead of Tampa Bay for the top wild card in the American League. Minnesota’s lead in the AL Central shrank to one game after a win by Cleveland.

After scoring two early runs, the Blue Jays stifled a late Twins’ comeback. Jose Miranda drove in Minnesota’s first run, an RBI single in the eighth inning, for his fourth consecutive game with at least one RBI. Luis Arraez tied the game in the ninth with an RBI single.

Blue Jays starter Kevin Gausman pitched six scoreless innings, allowing six hits and striking out five. It was a redemption for Gausman, who was knocked out after 3 2/3 innings in his last start against the Twins in June, when he gave up nine hits and five runs, three earned. He has now thrown 14 scoreless innings over his last two starts.

After blowing the save opportunity in the ninth inning, Jordan Romano (4-3) closed out the Twins in the 10th with a 1-2-3 inning.

Minnesota starter Chris Archer pitched five innings and allowed two runs on four hits while striking out four. It was only the fourth time this season that Archer lasted five innings in a start.

Back-to-back hits in the second and third innings produced early runs for Toronto. Teoscar Hernandez singled to open the second inning and scored on a double by Bo Bichette. Biggio doubled to start the third inning and Lourdes Gurriel Jr. drove him in with an RBI single.

Caleb Thielbar (2-1) pitched the 10th for the Twins and gave up the Biggio sac fly.

Blue Jays: LHP Tim Mayza was placed on the 15-day injured list with a dislocated right shoulder. Mayza was removed from Saturday’s game with the injury after attempting to make a tag on a play at home plate and awkwardly landing on his shoulder. RHP Trent Thornton was recalled from Triple-A to replace Mayza.

Twins: RHP Emilio Pagán is day to day with what the team called a right lat cramp. Pagán left Sunday’s game in the sixth inning with the injury … Minnesota is “hopeful” for a September return for RHP Kenta Maeda, Baldelli said. Maeda underwent Tommy John surgery in September 2021.

Blue Jays: LHP Yusei Kikuchi (4-5, 4.86 ERA) takes the mound Monday in the first game of a three-game series in Baltimore against the Orioles. Kikuchi allowed two runs over four innings in his most recent start, against the Tampa Bay Rays.

Twins: Minnesota has Monday off before a starting a two-game interleague series in Los Angeles against the Dodgers on Tuesday.